We’ve been eating baked potatoes almost every day for the past few weeks. Not exclusively – that would be kind of nuts, and boring – just a lot. Baked potatoes are just so simple, healthy, and tasty – it also doesn’t hurt that they’re super cheap. The other day, Taryn decided to take things up a notch, so instead of making regular baked potatoes, she made this loaded baked potato soup with cashew cream. 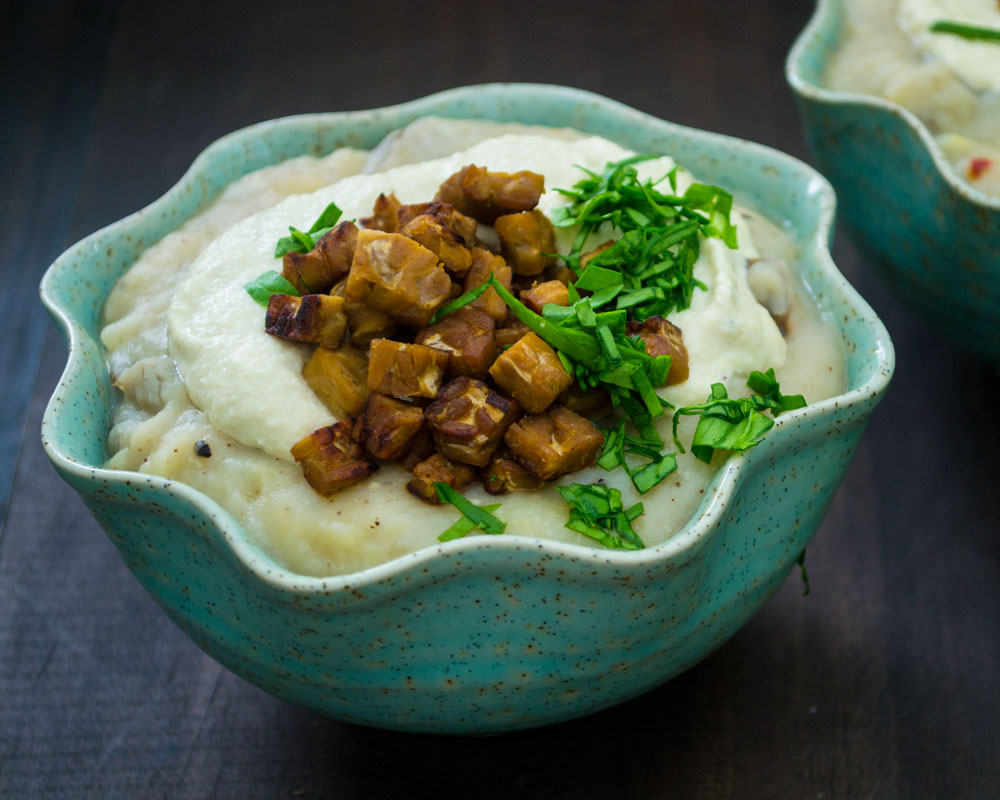 For the soup
For the cashew cream

For the cashew cream