We noticed Starbucks is selling a new sandwich they call the “Ancho Chipotle Chicken Sandwich.” It’s not vegan, but we liked the concept, so we figured we could make a vegan version and do it even better than theirs. Since we don’t eat meat or cheese, we couldn’t try their sandwich for ourselves, but we were able to find plenty of reviews. The general consensus seemed to be that the “bold” flavors are actually quite mild, and the sandwich is essentially a watered down, Americanized version of something meant to be Mexican inspired.

Their sandwich is also prepackaged, which pretty much makes it inherently gross. I really don’t consider myself a food snob, but if my sandwich wasn’t made at least the same day that it’s being served to me, then no thanks.

The first thing we did to improve upon this sandwich was to make it spicier. Our version has some real heat. We’re not sure how Starbucks makes their chipotle sauce, but we made ours from scratch with ancho chilies and chipotle chilies, and it was hot! If you don’t like spicy food, this sandwich is not for you – unless you make the mild version described in the notes. 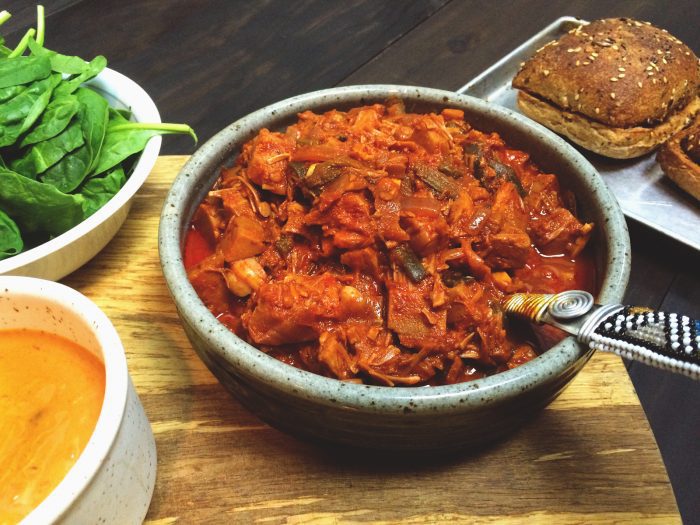 The Starbucks version has shredded chicken on it. We decided to use jackfruit as the meat substitute for this sandwich because it’s perfect for achieving that type of texture. If you’ve ever had “pulled pork” sandwiches made with jackfruit, then you know exactly what I’m talking about. 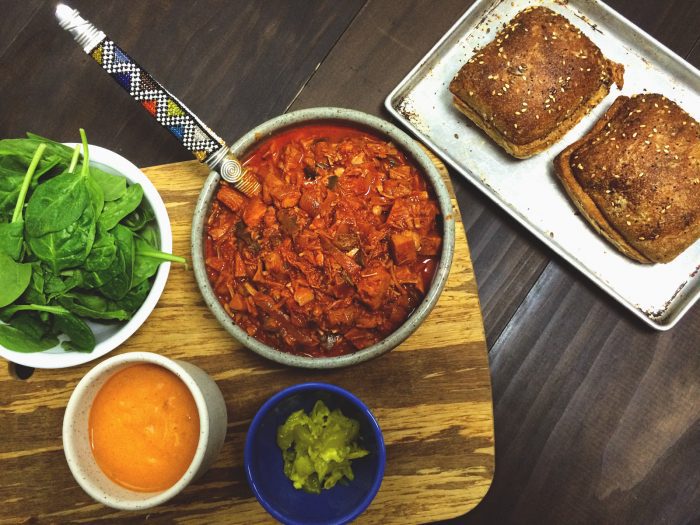 Instead of cheese, we made a tangy sauce to give the sandwiches an extra dimension of flavor. It’s a simple blend of condiments we like to call our “special sauce.” We’ve used it on countless sandwiches before and it’s always been one of our favorite sauces. The only thing we did a little bit differently this time was we added some chipotle powder to stick with the southwestern theme.

We didn’t want to go overboard with the other toppings because the ancho-chipotle jackfruit has plenty of other ingredients and spices in it, so the only other toppings we added were spinach and banana peppers. If we had a ripe avocado at the time, we would have also used that; but alas, we did not. However, if you have a ripe avocado when you make this, you should totally mash it up and put some on there! 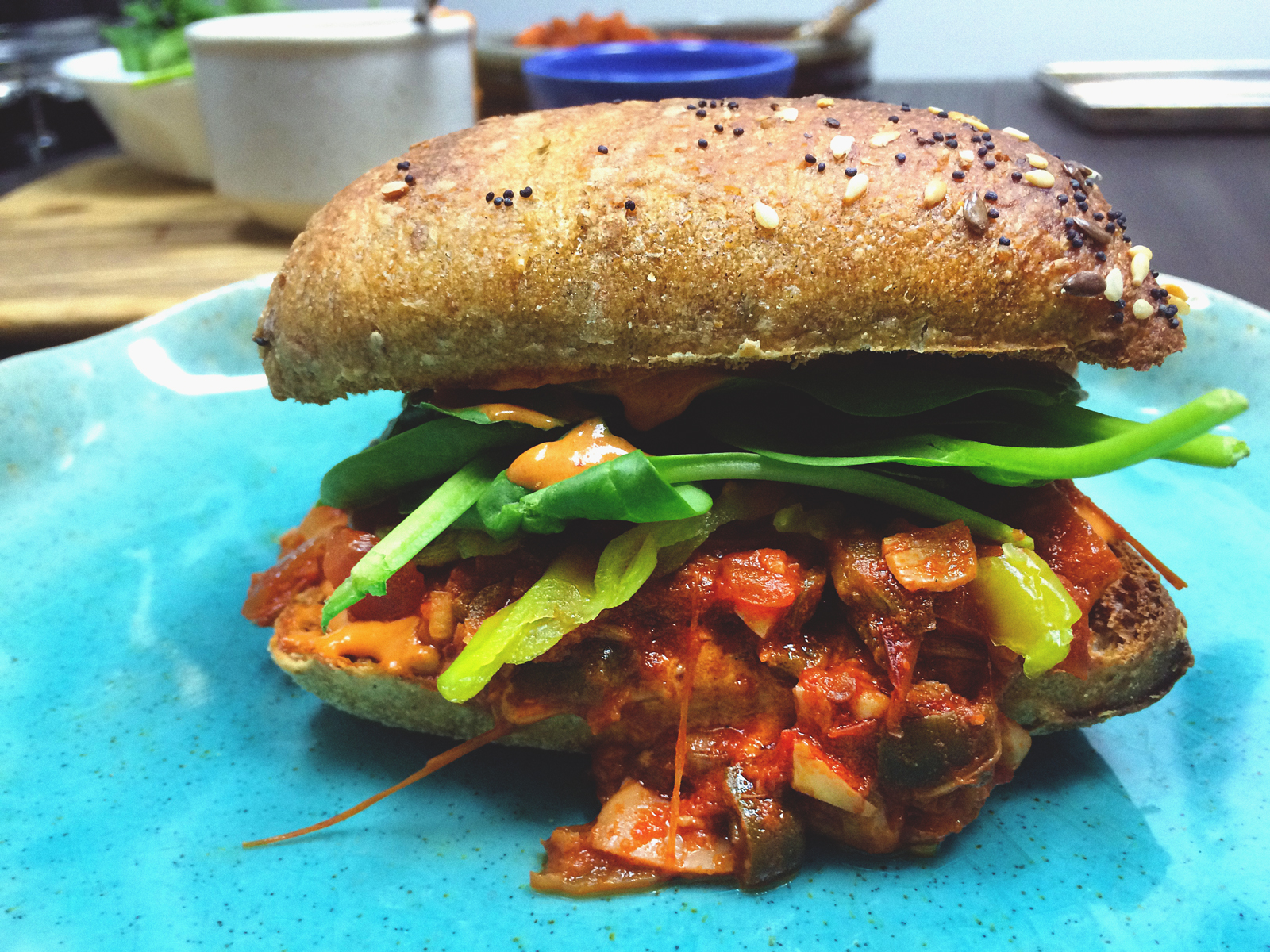 Spicy ancho-chipotle jackfruit topped with a tangy sauce and served on a toasted ciabatta roll.

It's very important you use the right kind of jackfruit. You must use canned jackfruit in brine. Do not use fresh jackfruit or jackfruit in syrup.

We topped our sandwiches with spinach and banana peppers, but you can use any toppings you like.

If you don't want this recipe to be spicy, remove the seeds from the chilies before you use them.

30 minutes is the minimum amount of time we suggest cooking the jackfruit, but you can pretty much cook it as long as you want. You could even put it in a slow-cooker and let it cook all day. The longer it cooks, the softer it will get.