​When pitting plant-based vs. vegan diets against one another, it helps to first discuss the elephant in the room.

Decades ago, a lot of people didn't know what veganism was. In fact, even vegetarianism was considered somewhat of an extreme concept. These days, things are different.

With the advent of the internet, vegans have found their voice. Some people may feel that it's too extreme of a concept to adopt into their lives, but they're familiar with it. What they may not be familiar with, however, is the fact that veganism and plant-based diets are not one and the same.

Many may think it's okay to use the terms interchangeably, in fact. However, if you learn more about plant-based vs. vegan diets, you will see that they come from two totally different concepts. There are similarities on the surface, but they're not the same at all.

DOES ELIMINATING OR REDUCING MEAT AND DAIRY HAVE BENEFITS? 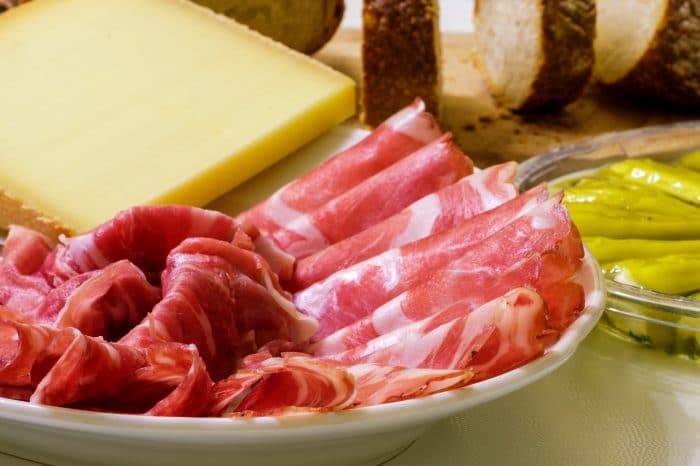 Photo by Bru-nO from Pixabay.com

Even though looking at plant-based vs. vegan diets will show you many differences, one very obvious thing they have in common is that they both require you to cut down quite a bit on meat and dairy. There are many benefits that have been found that come with cutting these out of your diet.

GETTING TO THE HEART OF THE MATTER

Many studies have linked saturated fat and dietary cholesterol to cardiovascular disease. All meat and fish contain saturated fat.

Plant products, on the other hand, are relatively very low in saturated fat. They also don't have any cholesterol at all. For this reason, it makes great sense that when people switch to a diet with a higher proportion of plant products, their cholesterol levels will plummet. As a result, their risk of heart disease will go down as well.

What is particularly surprising is that these changes actually happen within mere days to weeks of cutting meat and dairy out.

Cholesterol levels begin to go down, and the walls of your blood vessels do their job more effectively. You will have higher levels of nitric oxide in your arterial walls, due to the higher intake of cruciferous vegetables (in the cabbage family, like broccoli and cauliflower). Your blood will also be significantly less viscous lowering blood pressure, after the removal of heavy saturated animal fats.

All of this will improve your cardiovascular health. You'll be at much lower risk when it comes to strokes and heart attacks.

When you look at plant-based vs. vegan diets, even considering all the differences, better cardiovascular health is a pretty well-known similarity. 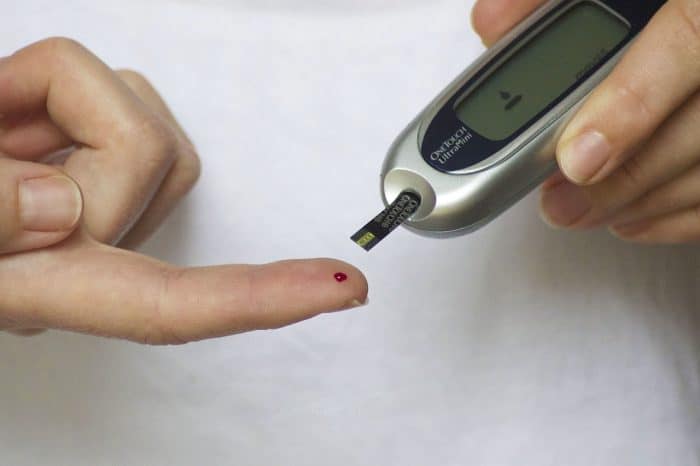 If you have diabetes, you could see improvements within no more than 24 hours when you stop consuming animal products. According to the American Diabetes Association, people who consume large amounts of animal protein are 22 percent more likely to develop diabetes.

They agree that a diet low in animal products will improve glycemic control, as well as cardiovascular risk factors in people who have type 2 diabetes.

There are actually many studies that show a strong correlation between eating animal products and different types of cancer. Large studies in Germany and England showed that vegetarians were approximately 40 percent less likely to develop cancer than people who ate meat.

That finding was mostly about colon, prostate, and breast cancers.

Other studies have been done that have shown strong links between these types of cancer and the consumption of meat and dairy products. In fact, the World Health Organization has declared processed meat to be a carcinogen.

It makes sense that this would be the case. Meat is lacking in several nutrients that have a protective effect against cancer, including fiber. Meat often also contains carcinogenic compounds, such as polycyclic aromatic hydrocarbons and heterocyclic amines.

The artificial hormones in meat, as well as the estrogen and testosterone present in the animals themselves, also may raise the risk of cancer.

Within months of removing animal products from their diets, people have noticed certain positive changes. Specifically, they have noticed fewer inflammatory reactions throughout their bodies.

That includes improvements in psoriasis, joint pain, migraines, and even some digestive disorders, such as Crohn's disease.

IT'S BIGGER THAN JUST YOU AND YOUR BODY, THOUGH 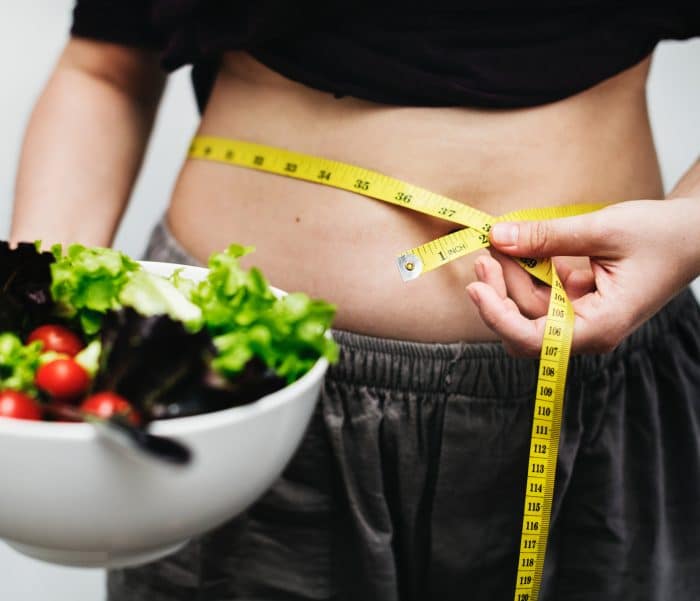 Photo by rawpixe​​l.com from Pexels

In fact, a study published in Science showed that animal farming consumes about 83 percent of the agricultural land in the world while delivering a mere 18 percent of our calories. If everyone would stop consuming animal products, 76 percent of this land would no longer need to be used.

That would minimize not only animal cruelty but also pollution, including the release of greenhouse gases, which is an inevitable result of food production involving animals. 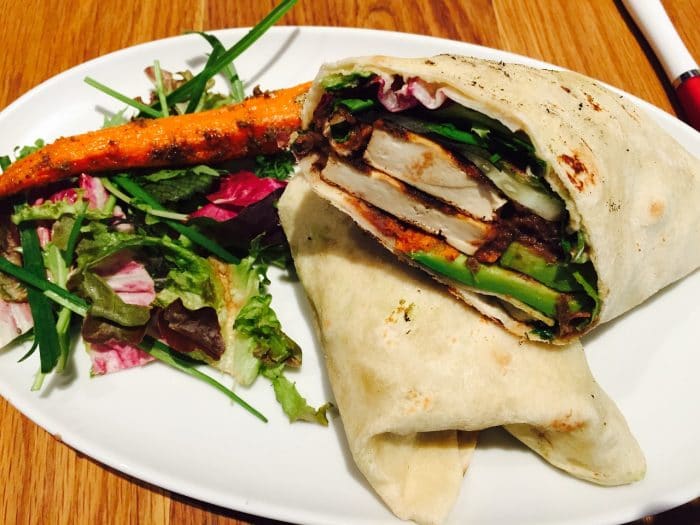 Photo by stenholtz from Pixabay.com

Most people think of veganism as a diet that excludes meat and dairy. However, it's actually quite a bit more than that.

According to the Vegan Society, it's a philosophy and lifestyle that excludes everything that can be seen as cruelty or using animals as food or clothing -- or for any purpose. Actually, their definition is so complex, we'll include it here:

"A philosophy and way of living which seeks to exclude—as far as is possible and practicable—all forms of exploitation of, and cruelty to, animals for food, clothing or any other purpose; and by extension, promotes the development and use of animal-free alternatives for the benefit of humans, animals and the environment. In dietary terms it denotes the practice of dispensing with all products derived wholly or partly from animals."

Although diet is a major part of the vegan lifestyle, it's really all about avoiding the exploitation of animals for any purpose. Veganism is about compassion for animals. That means vegans reject the use of animals for the creation of a variety of products.

Products including clothing, accessories, and other things that you may use on a day-to-day basis that you don't know came from animal products. For example, they don't wear wool, silk, leather, or fur.

As far as diet goes, however, vegans don't consume meat, dairy, honey, eggs, or any other product that comes from an animal. Instead, their diets are rich in grains, vegetables, seeds, legumes, nuts, and fruits.

Basically, people choose to be vegan for ethical reasons above all. They don't want to contribute to the cruelty that goes on in the meat and dairy industries. That is because they don't believe in the exploitation of innocent animals.

WHAT IS A PLANT-BASED DIET? 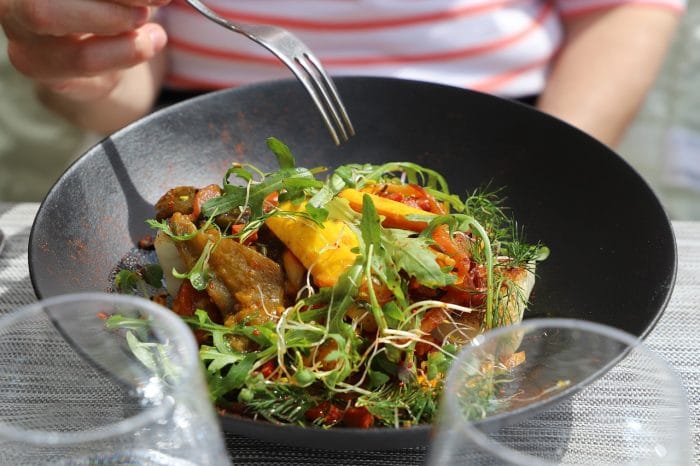 Photo by MrJ​​ayW from Pixabay.com

There is actually no clear definition of what a plant-based diet is. That is because plant-based diets can vary quite a bit. It depends on the extent to which a person decides to include animal products in their diet.

That's right, someone who is on a plant-based diet can still eat animal products. They're just eating less of them.

A plant-based diet can fall into many categories.

Semi-vegetarians, for example, can eat meat and dairy occasionally. Pescetarians can eat dairy, eggs, seafood, and fish, but no poultry or red meat. Vegetarians can have dairy and eggs, but no meat, fish, seafood, or poultry.

Vegans, as you already know, don't eat animal products at all. When you consider plant-based vs. vegan, it's interesting to know that a plant-based diet can indeed be a vegan diet.

Someone who is on a plant-based diet will either limit or avoid animal products. They will try to eat as much whole, minimally processed food as possible. Whole foods are natural foods that have not undergone heavy processing.

Ideally, plant products will comprise the majority of their diets. Including, vegetables, fruits, legumes, nuts, seeds, and whole grains. There's a strong emphasis on food quality, with the goal being organic and locally-sourced and refined foods considered poor choices.

People who choose to be on plant-based diets are generally doing so for health reasons. They want to experience all the health benefits associated with cutting out meat and dairy that are discussed above.

PLANT-BASED VS. VEGAN: COMPARING AND CONTRASTING

As you have likely seen by now, there is quite a bit to ponder when you look at plant-based vs. vegan diets. They have quite a bit in common, but they're also very different. 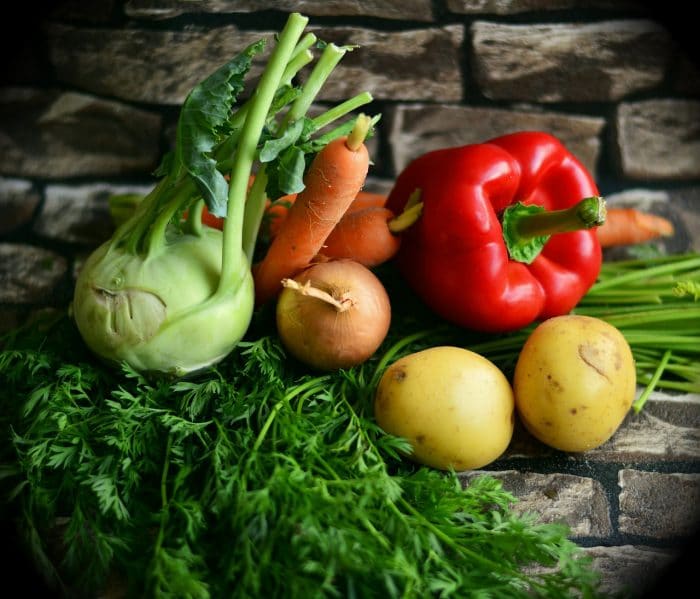 Photo by congerdesign from Pixabay.com

When considering plant-based vs. vegan diets, there is one very obvious similarity. People on both of these diets eat far less in the way of meat and dairy products. As such, both groups are likely to experience the health benefits that come with cutting down on these products.

One major difference when looking at plant-based vs. vegan diets lies in what the people actually eat. The only real constriction with a vegan diet is that they cannot have animal products at all. Vegans don't necessarily care about avoiding processed foods.

People who have adopted plant-based diets, on the other hand, are more focused on whole foods. They avoid anything that is processed or refined.

Unlike vegans, they're free to eat animal products as they choose. Though they cut down on them, they don't necessarily have to avoid them completely.

Basically, vegans can eat all the processed foods that they want, as long as they don't contain meat and dairy. That is not the case for someone who is on a plant-based diet.

Conversely, someone who is on a plant-based diet can eat a piece of meat if he or she desires. Obviously, a vegan won't.

If you're trying to understand the plant-based vs. vegan topic, that may be a very useful way to remember it.

The other major difference when you look at plant-based vs. vegan diets is the respective motivations behind them.

Vegans have adopted that way of life out of concern for animals. For them, the diet is just one part of it. Their entire way of life is all about avoiding the use of products that came from animal exploitation.

People on plant-based diets, on the other hand, don't generally extend their avoidance of animal products beyond the kitchen. For them, the main reason for following the diet is a desire for better health.

WITH YOUR NEW KNOWLEDGE OF THESE DIETS... 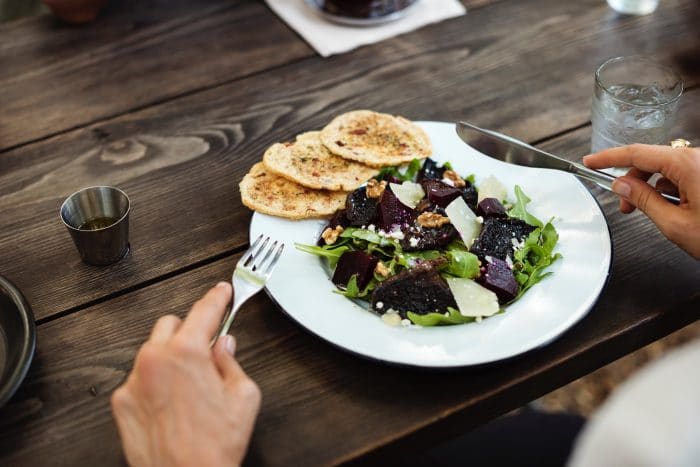 Photo by rawpixel.com from Pexels

Do you see how it might be beneficial to be on one of these diets? Even cutting down somewhat on animal products can have these effects.

Of course, it's a huge adjustment. You might think that you would have to sacrifice your favorite foods, for example. However, whether you are interested in a plant-based diet or a vegan diet, there are many great recipes that you can try.

It's a good idea to learn the ins-and-outs of plant-based vs. vegan diets. That way, you are educating yourself on how they're both beneficial, as well as the vital differences between them. Either one could enable you to really change your life and, on a small scale, the world!

What do you think of these diets? Let us know in the comments section!