My experience with split peas soup is that it’s a lot like chili: if you’re seeking perfection, you’re gonna need to let it cook all day, frequently checking on it to give it a stir and a taste, balancing out flavors until it is just right. That being said, there are a million and one ways to make split pea soup and not all of them require you to slow cook your peas for 8 hours. You better learn those techniques that don’t require so much time.

Sometimes you just want split pea soup and you don’t care if it isn’t the very best split pea soup, because any split peas soup is usually pretty good. Using just the ingredients I already had on hand, I came up with this simple rice cooker version. It’s basically a “set it and forget it” vegan recipe. If you’re like me – obsessive – you can check on it every 30 minutes or so, or you can just throw everything into the pot at once, cover it, and come back 90 minutes later. There are a lot of techniques on how to cook simple soups.

Moreover, if you liked this recipe you may be interested in the creamy vegetable soup recipe on our site. 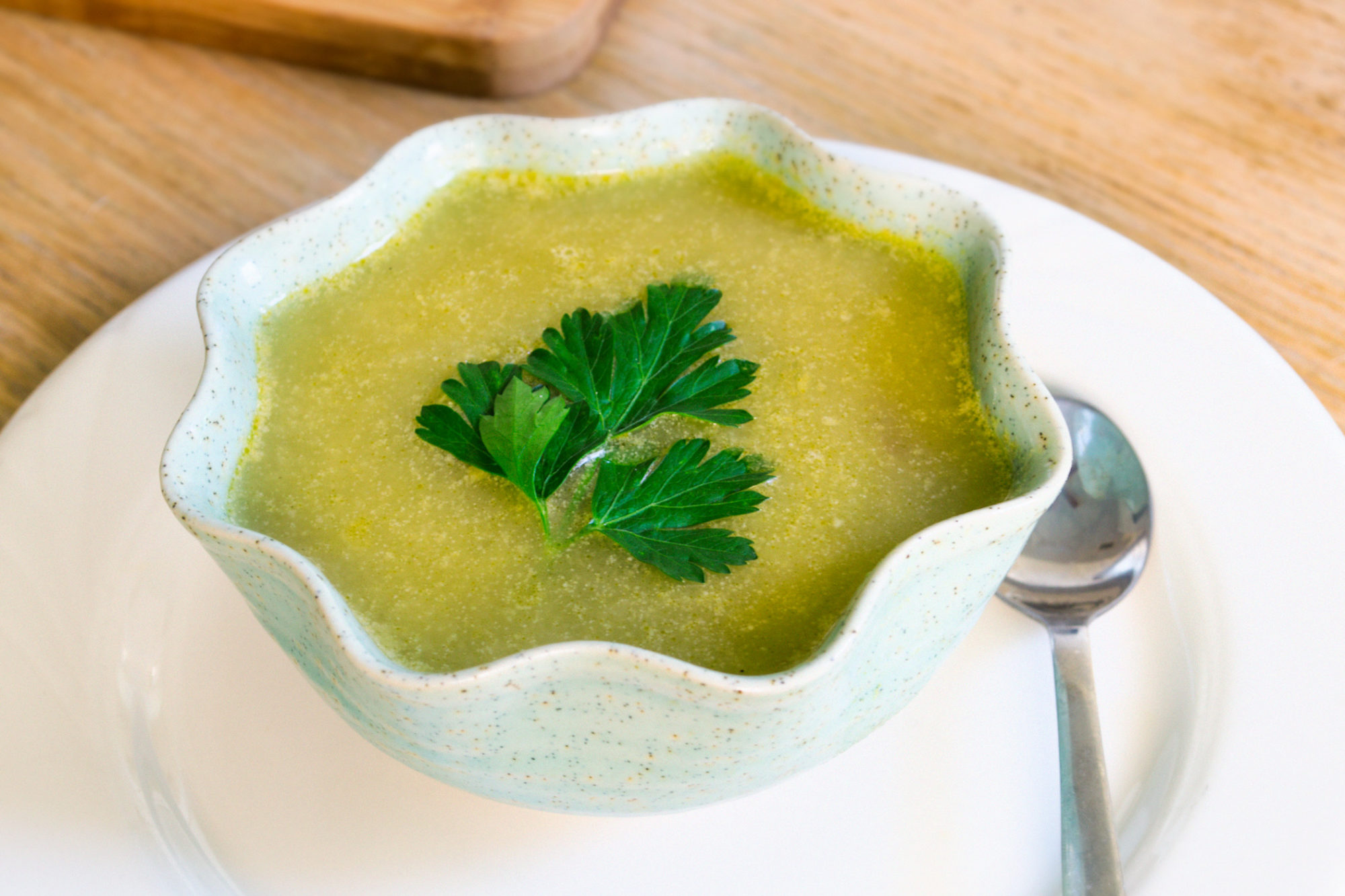 This is one of those recipes that does not require exact amounts. For example, most split pea soup recipes call for 1 lb of dried peas – about 2 1/4 cups – but I did not have a full pound of dried peas, so I just used what I had – about 1 1/2 cups. I was also out of bay leaves, so I just left them out, but if I had some, I would have tossed a couple in.

The liquid smoke adds a lot of flavor to this soup, and it gives that ham flavor non-vegan versions have. You can still make the soup without it, but it will not have as much flavor and you may want to season it more.

I added my potatoes after 30 minutes because I wanted them to still be a little firm when the soup was ready to eat; but if you want to put them in right at the start, it won't make much of a difference.

If you don't want to check on the soup at all because you're too busy, that's fine. You can just toss everything in the pot, let it cook cook for a couple hours, and you'll still get good results.

If you want a creamy split pea soup, simply puree the soup in a blender after it has cooked for 90 minutes, and then transfer it back to the rice cooker to keep it hot.

The soup is ready to eat in 90 minutes, but you can let it cook much longer if you want to.