When I was a kid growing up in Buffalo, NY, my older cousin used to take me to this place that had these awesome chicken finger subs. Back then – about 20+ years ago – no one was really doing anything like that, which is probably one of the reasons this sandwich stands out so perfectly in my memory. The other reason is it was the simplest thing, but it was so good. The sandwich was: 2 to 3 chicken fingers coated in Buffalo sauce, deli-sliced provolone cheese, shredded lettuce, sliced tomatoes, and blue cheese dressing.

For whatever reason, the memory of that chicken finger sub flooded my brain the other night, and I thought, “That would be so easy to veganize… we should totally do it ASAP!” 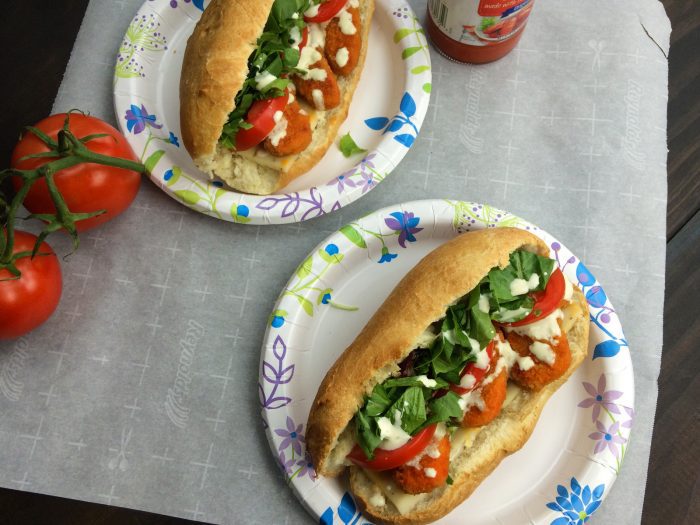 We usually make our recipes from scratch, but for this specific recipe, it seemed like store-bought ingredients would be the best way to go about it. For the chicken fingers, we used Gardein Crispy Tenders; for the deli cheese, we used Daiya Blocks; and for the blue cheese dressing we used a combination of Vegenaise, vegan sour cream, more Daiya cheese, vegan buttermilk, nutritional yeast, and spices – pretty much the same way you’d make a classic blue cheese dressing except with vegan versions of all the ingredients. 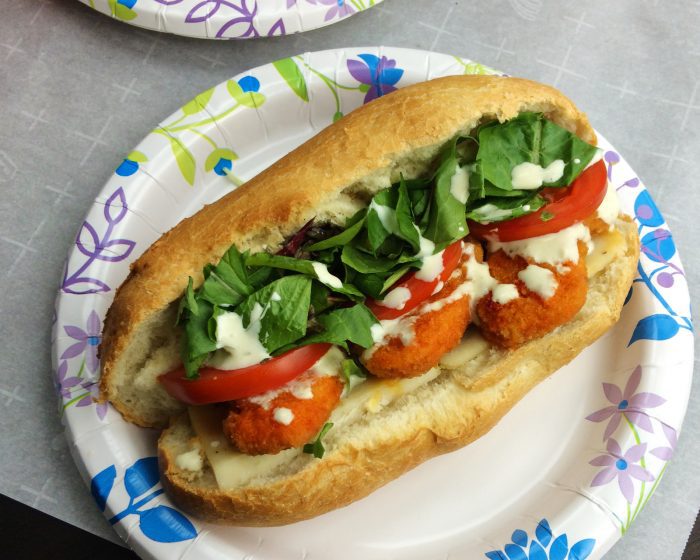 We were really surprised how much the overall flavor of the sub tasted just like blue cheese and chicken wings. We’re sure even an omnivore would love this sandwich. Enjoy! 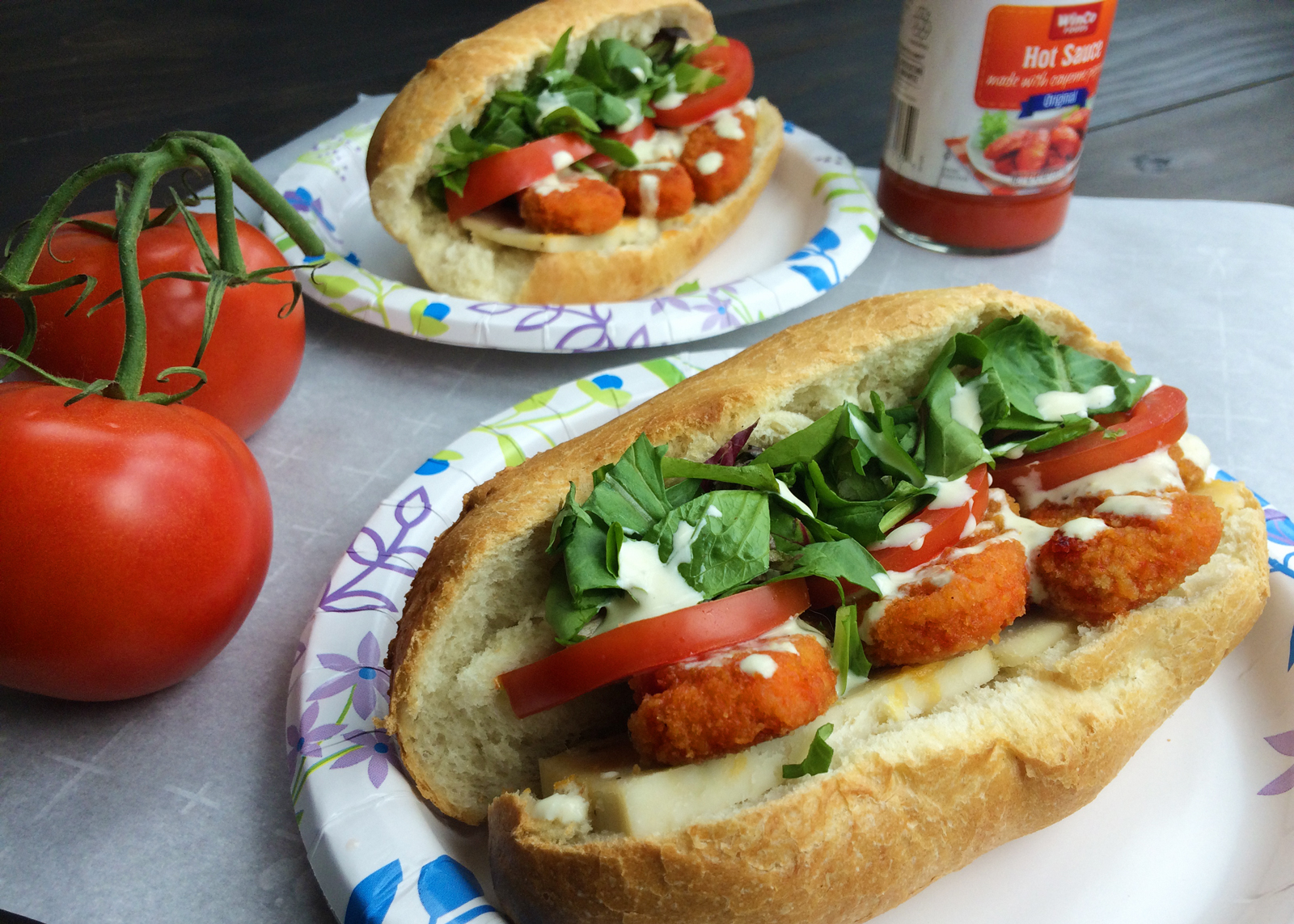 The Jalapeño Havarti Daiya Blocks look like blue cheese and they have a very strong and sharp cheesy flavor, so they ended up being a great blue cheese substitute for the dressing. However, it's not absolutely necessary. It just takes it up a notch.

Use the vinegar to control the heat of your Buffalo sauce. If it's too spicy, and more vinegar until it's mild enough for your liking.