This is going to be a long post. We’ve been trying to perfect veggie burgers for a long time and we have a lot of information to share on the subject. If you want to skip over the text, Click here to jump straight to the recipe, or watch the video below. Scroll all the way to the bottom for the gluten-free version.

We’ve made some pretty good veggie burgers in the past, but we’ve never been 100 percent satisfied. Making a veggie burger that looks good and tastes good is not that hard to do, but we’ve learned that making a big, thick, juicy veggie burger that truly rivals a real hamburger is no easy task. We’ve tried dozens of methods, recipes, and techniques, but nothing has delivered exactly what we’re looking for… until now.

Our inspiration for these veggie burgers comes from the incredibly tasty burgers we’ve had at a few different food trucks and restaurants around the country. We’re not talking about your typical “health food” veggie burgers, we’re talking about burgers that are competing with real hamburgers, which means they have to look, feel, and taste as much like the real thing as possible – if not somehow better – to satisfy customers and keep them coming back.

That’s the kind of veggie burger we’ve been dying to have come out of our own kitchen. Again, it’s no easy task, but we knew from our own dining experiences it could be done. 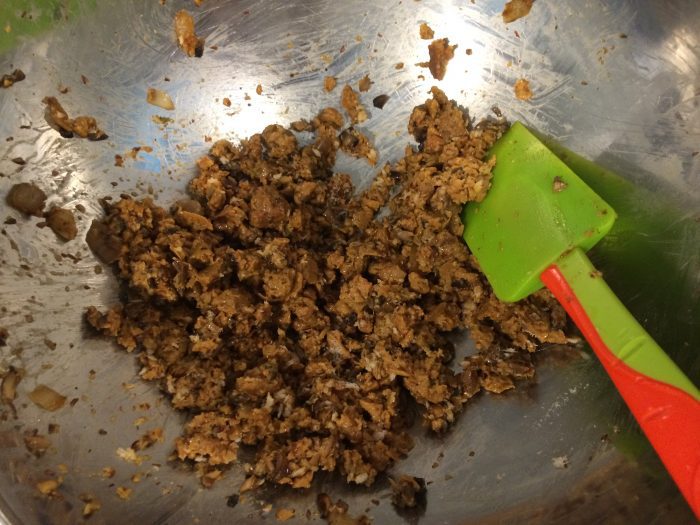 Ground seitan being combined with other ingredients to form the veggie burger mixture.

To really nail the texture of a hamburger, you have to start with a base that is as much like real ground beef as possible. We found that making our own seitan and grinding it in a food processor was the best way to make realistic vegan ground beef. With the right blend of spices, it looks, tastes, and behaves just like ground meat – at least about as close as it gets without having access to a lab, a factory, and a team of food scientists. 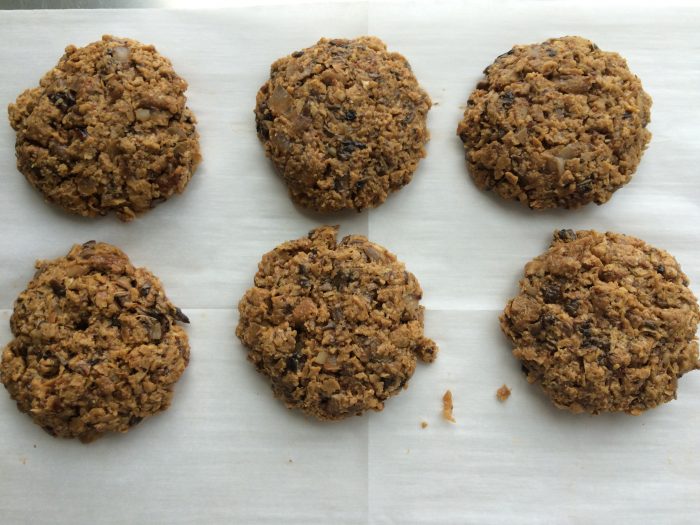 Ground seitan patties about to go in the frying pan.

Perfecting the patties was tricky. We had a suitable ground beef substitute but it wasn’t holding together as well as we wanted it to. Eventually we figured out the best way to bind the patties was by adding some extra wheat gluten to the mixture. The extra gluten turns into a connective tissue that holds the burgers together nicely while they are cooking. We also learned that par-baking these patties helps them keep their shape when they’re ready to go in the frying pan or on the grill. 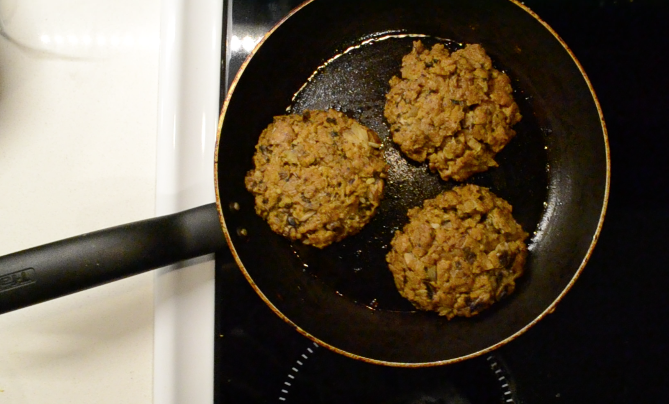 A lot of people like to bake their veggie burgers – we’ve done it plenty of times – but in our experience, a baked veggie burger is never as good as a grilled or fried one. We could cook these burgers completely in the oven, but that would dry them out too much for our taste. That’s why we only par-bake them to help them thicken up, and then finished them off in a frying pan. Frying them allows us to quickly sear the outside without overcooking the inside. 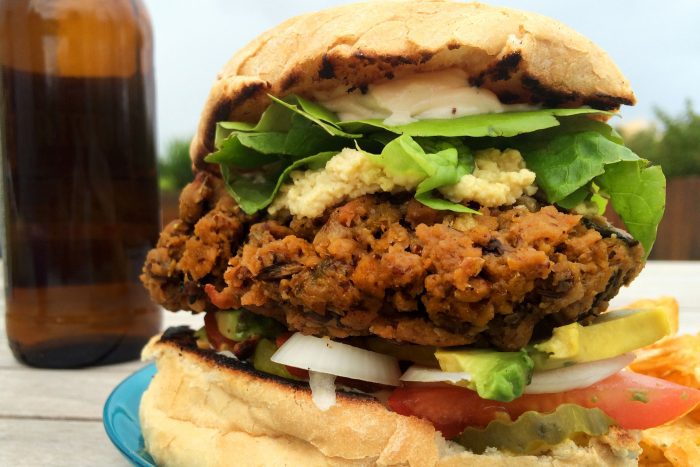 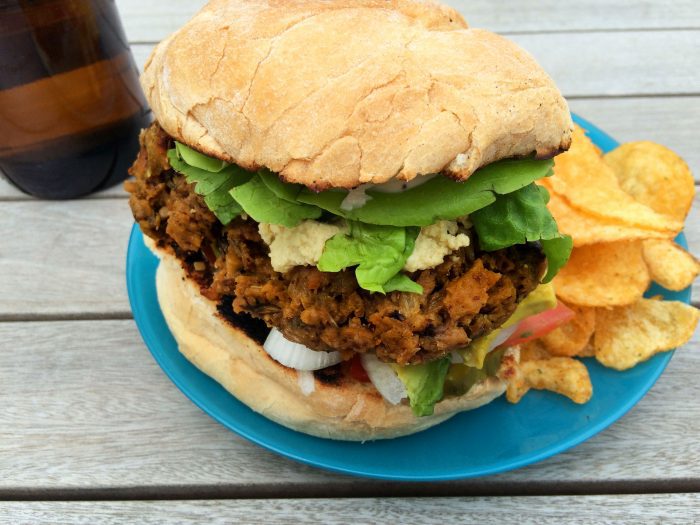 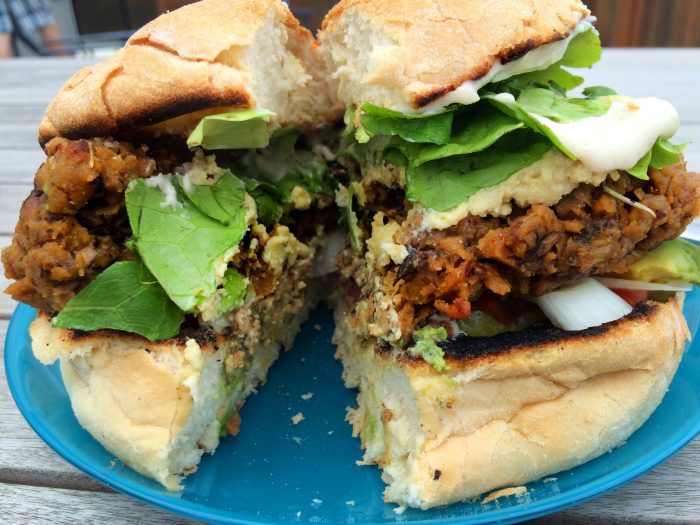 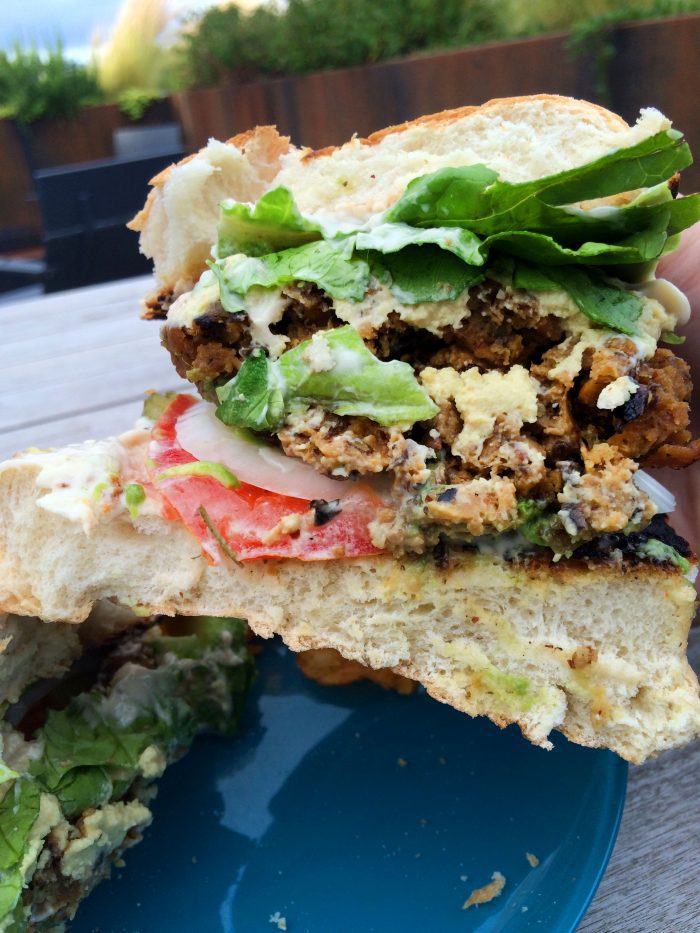 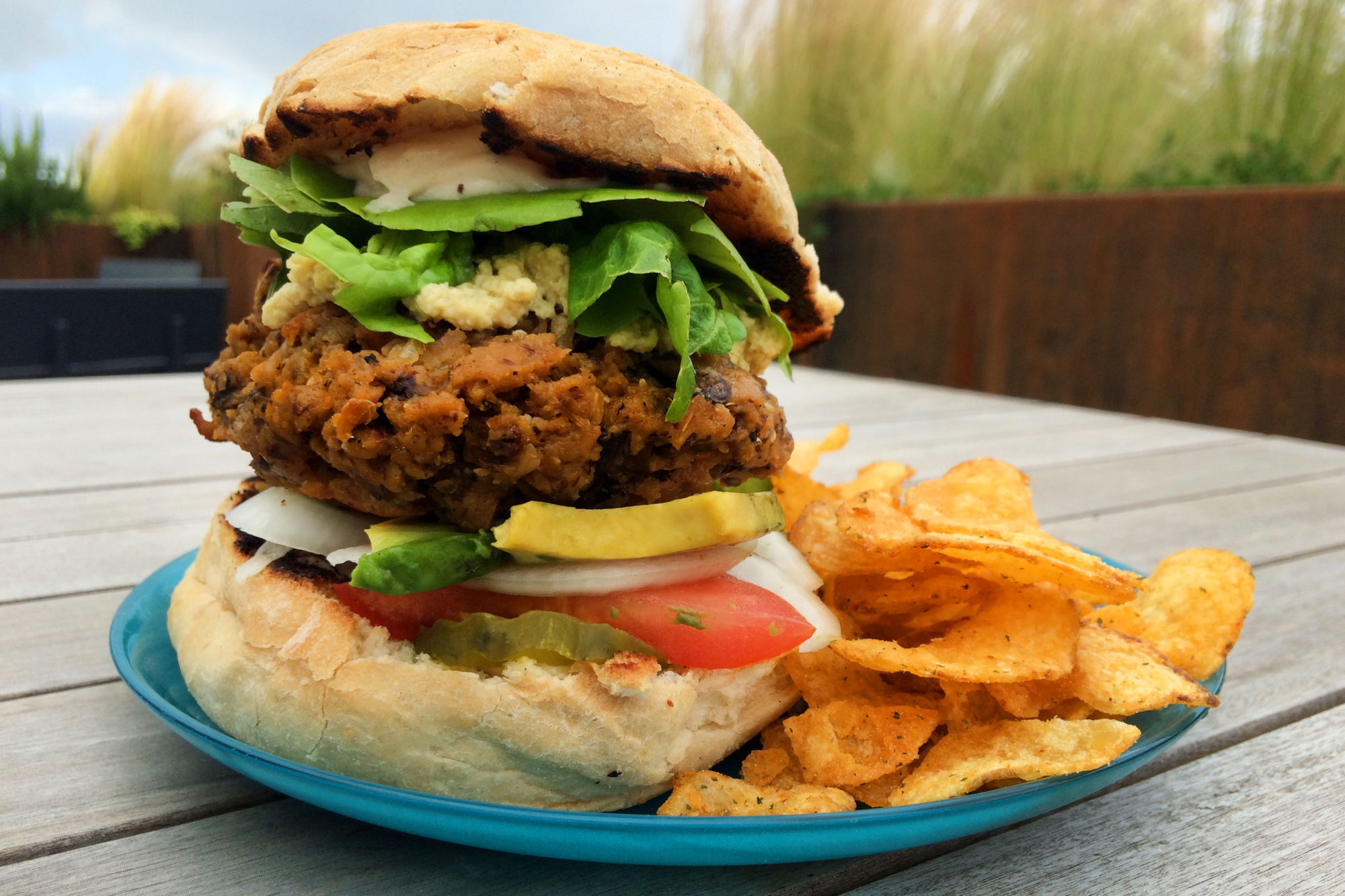 For the seitan
For the burgers

If you want to dress your burgers the same as ours, we used lettuce, tomato, onions, pickles, avocado, cashew cheese, and aioli.

If you can’t eat gluten, you can still make something similar to these patties. The video below from CookingWithPlants shows you how to make a gluten-free seitan roast. It won’t be quite the same as the seitan we use, but it should make a decent substitute. When you are forming the patties and the recipe calls for 1/2 cup vital wheat gluten, substitute brown rice flour instead, or any other gluten-free flour you like. For the soy sauce, simply make sure you choose a gluten-free brand. You can find a list of gluten-free soy sauce brands here.