Carmine is a deep red pigment used in many commercial products, including several food products. Carmine is often confused with Red 40, a pigment made from coal tar, because carmine is sometimes labeled as “Natural Red 4.” Carmine also goes by: crimson lake, cochineal, C.I. 75470, and E120. Carmine is not vegan because it is made from scaled insects, such as the cochineal bug.

How Carmine Is Made 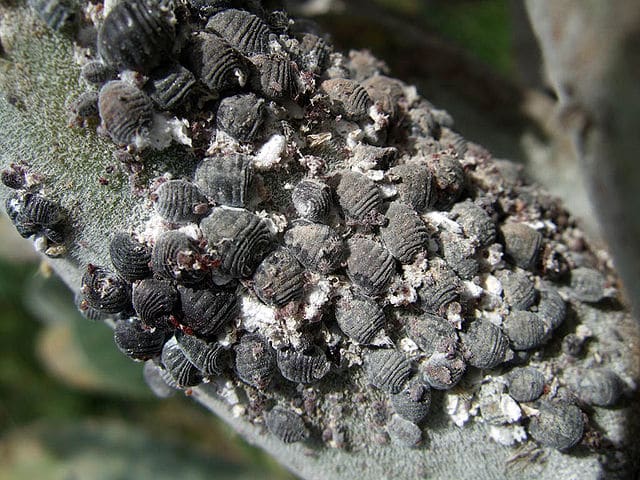 Carmine is produced by boiling scaled insects, like the cochineal bug, in water, ammonia, or a sodium carbonate solution to extract the carminic acid. The clear solution is then treated with alum to bring out the red color.

Red dyes and food colorings can easily be made from plants, especially fruits and vegetables, such as strawberries, cherries, and beets. Here is an excellent guide for making your own food colorings.

In 2012 many Starbucks customers became aware of the fact that carmine was used in Starbucks drinks – Strawberry and Creme Frappuccino, which got its pink color from scale insects, was the main culprit that landed the corporate giant in hot water after a barista posted a photo of the drinks’ ingredients label and the information spread rampantly across the Internet. Starbucks was quick to defend their use of the ingredient, but soon caved after the pressure from angry customers and online petitions quickly started to build up. Since then, Starbucks has stopped using carmine as a food coloring in their beverages.

There have been reports of people having severe adverse reactions after ingesting foods colored with carmine. Carmine has also been identified as a cause for allergies and asthma in some individuals. Since these findings, the FDA has required foods and drugs that use carmine to add a warning label to their products.

Want to know if other common ingredients are vegan or not? Check out our Is It Vegan? category.