This pie was so good and so easy to make, we made it two times in a row. The hardest part was actually resisting the temptation to devour it before we photographed it. Unlike many vegan chocolate pies we’ve had in the past, this pie has a thick consistency thanks to the cornstarch. It’s not quite as dense as cheesecake, but close. I’m not sure what else to say about it other than it’s really one of the best pies we’ve ever made and it’s likely going to be one of our go-to desserts from now on. Please let us know in the comments how it turned out for you. Enjoy! 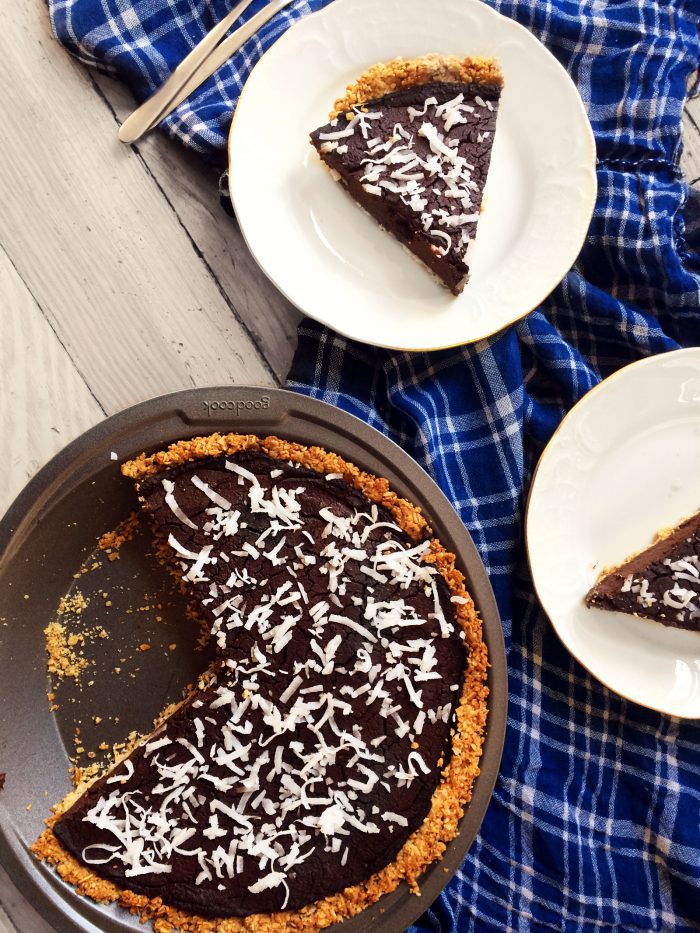 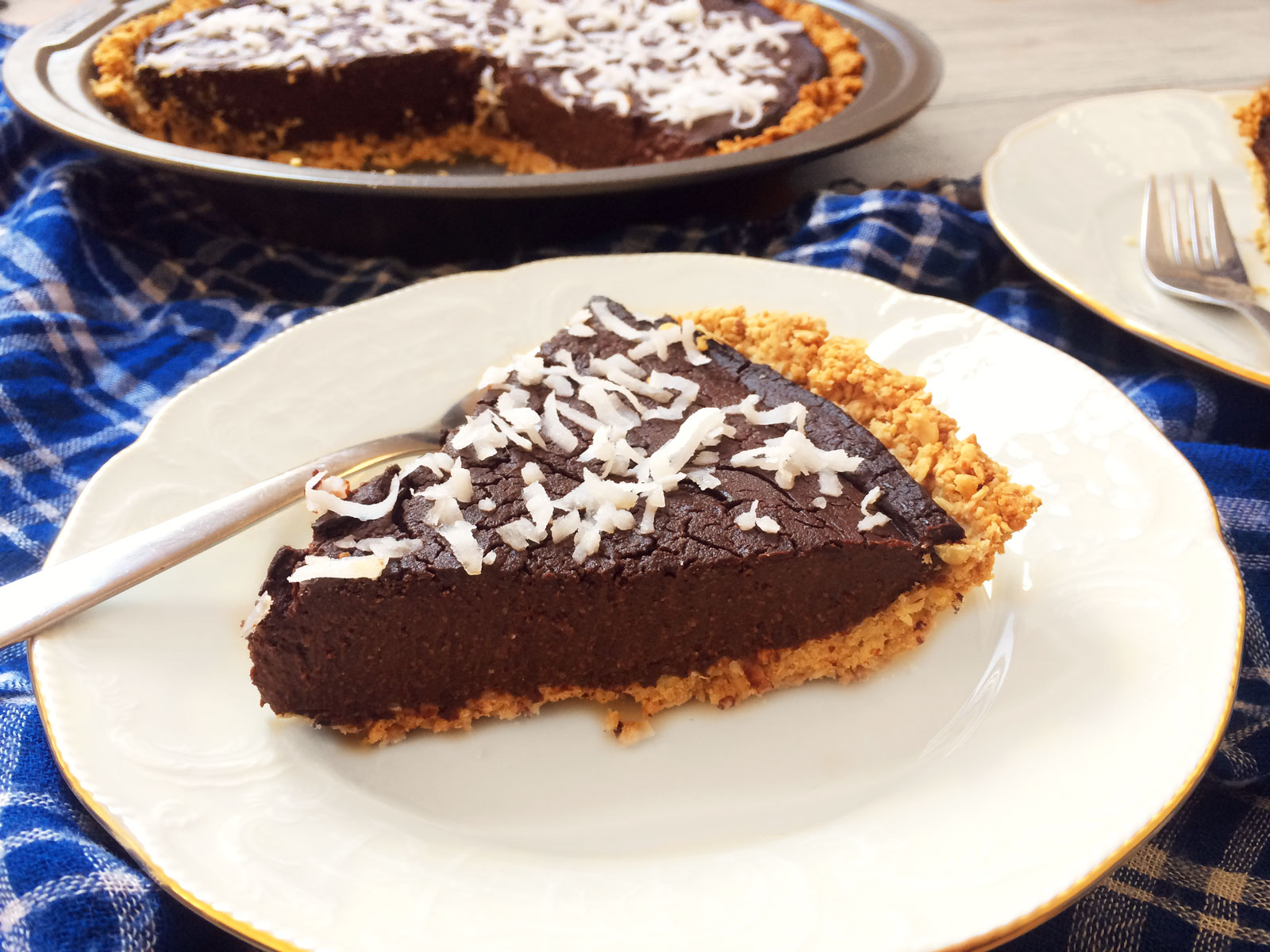 Creamy coconut and chocolate pie with a peanut and oat crust topped with shredded coconut.

It will take at least 2 or 3 hours for the pie to set. I made mine in the morning and by mid afternoon it was perfect and ready to eat.