Calabacitas is a traditional Mexican side dish made of stir-fried squash and peppers. It can also make a hearty entree when served over rice or wrapped in a tortilla. Many people today make calabacitas using zucchini as the main ingredient, but it was originally made using Mexican grey squash, a summer squash that is very similar to zucchini. Calabacitas is usually made with some type of dairy – either cheese on top, or cheese or cream mixed in it – so I made a cashew cheese to make our version vegan-friendly and original. I also topped it with sliced avocado and a drizzle of Jalapeno sauce. 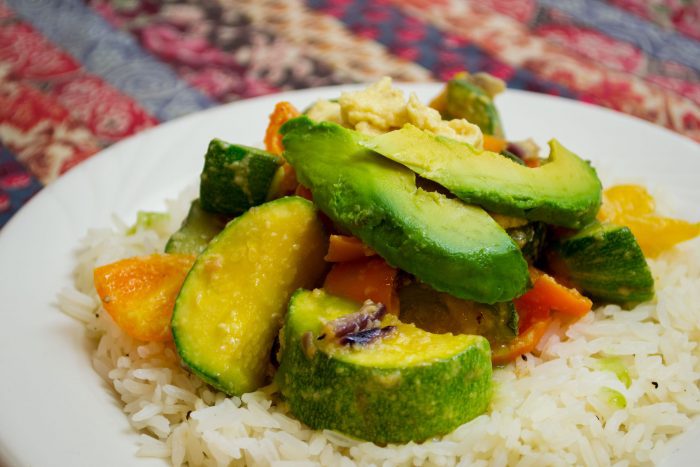 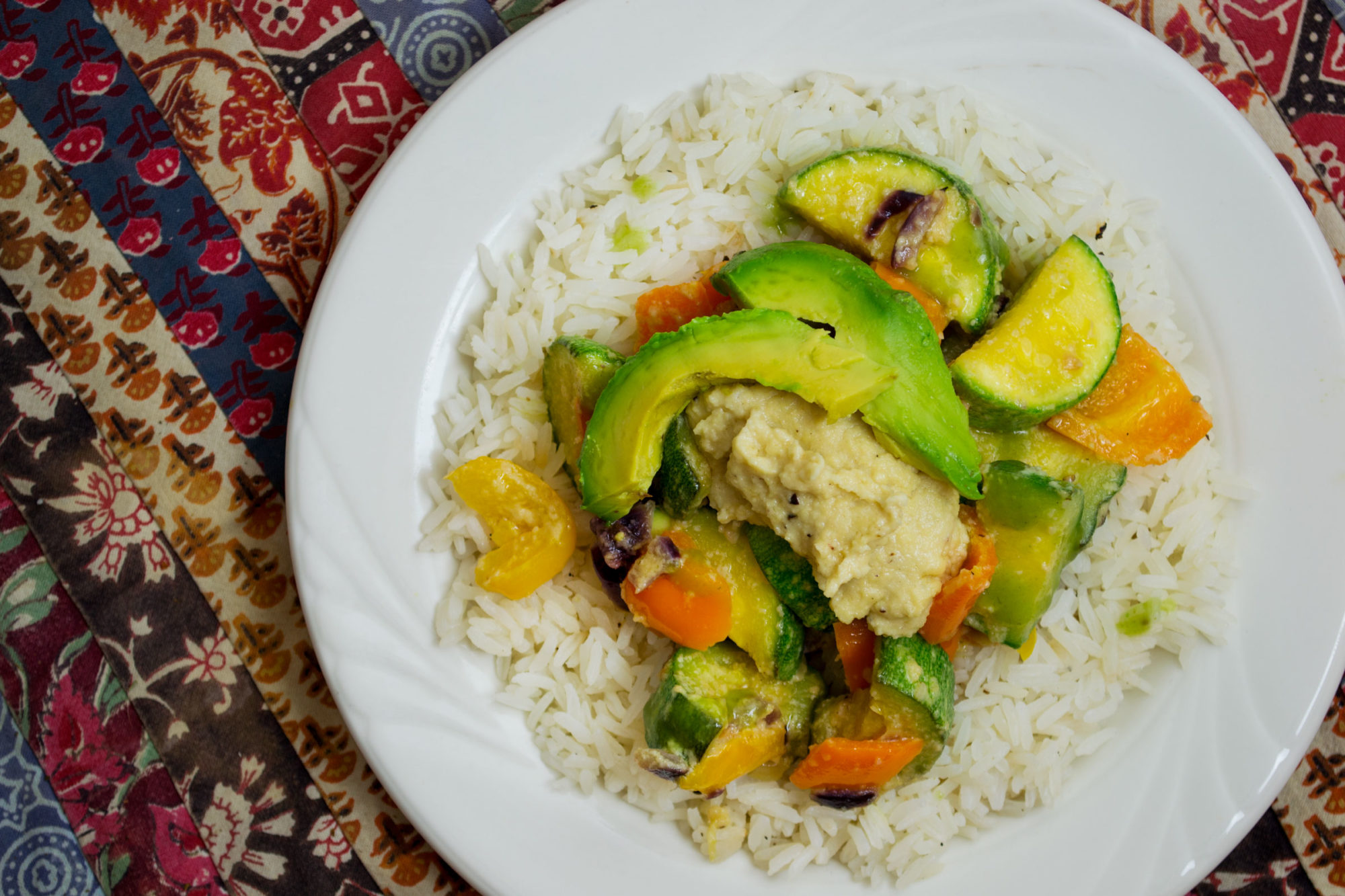 For the Cashew Cheese