Tonight we decided to try Trader Joe’s Vegan Mozzarella shredded cheese. Up until recently, we never lived anywhere near a Trader Joe’s, so we never had a chance to try any of their vegan products. We had a lot to choose from, but we figured we’d be bold and go straight for the cheese. As you probably know from your own experiences, vegan cheeses are really hit or miss. Typically, they’re either terrific or terrible with no in between. That being said, I’m pleased to say Trader Joe’s vegan cheese was terrific. 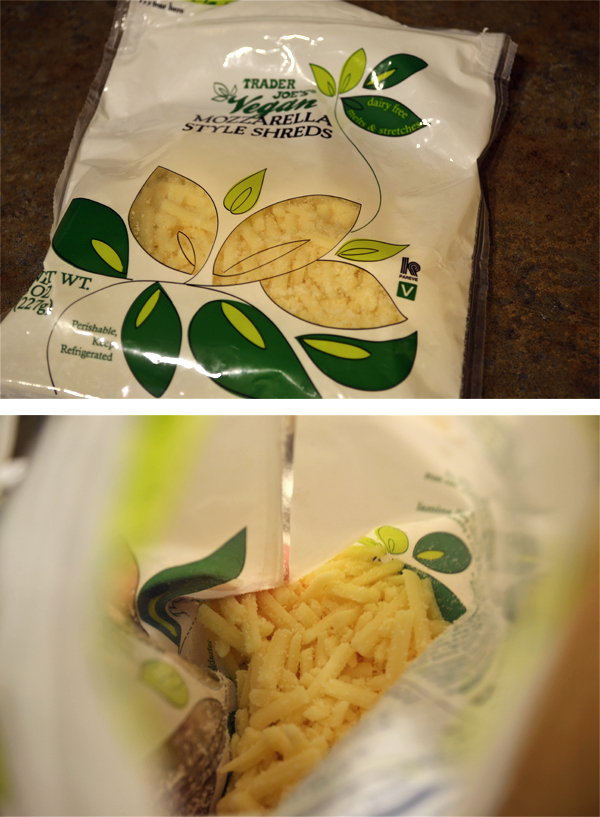 The cheese was surprisingly realistic but in no way too realistic, if you know what I mean. The first thing we noticed when we opened the bag was that it smelled like real cheese, however, it did not repel us like the smell of real cheese does. I quickly tasted a piece and it also tasted very much like real mozzarella. All in all, it passed Phase I, but now we had to find out if it could pass Phase II: The melt & stretch test.

In summary, we were very impressed with Trader Joe’s Vegan Mozzarella, and would recommend it. 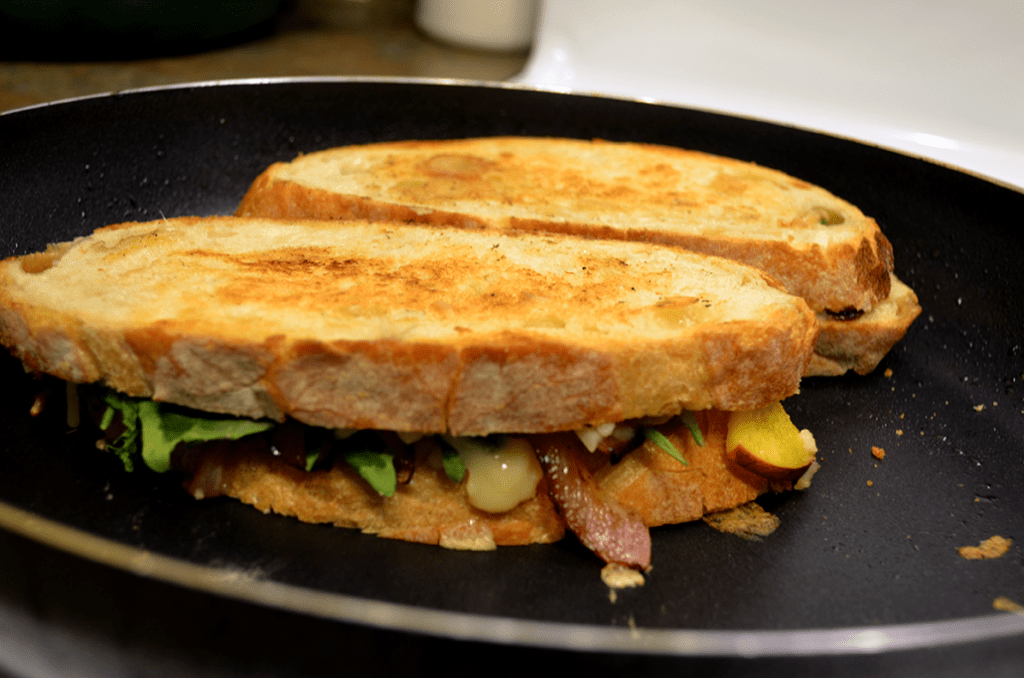 This sandwich was obviously very easy to make and it tasted fantastic. WOW. As soon as I was done with it I wanted to turn around and make another one.