Are the Reported Health Benefits of Apple Cider Vinegar Real or Just Myths?

When you think of “health foods,” vinegar might not be the first thing that comes to mind, but apple cider vinegar – ACV – is actually touted by many as one of the healthiest foods there is. A quick Google search on the subject yields an overwhelming amount of websites and bloggers all purporting the numerous, wondrous health benefits of apple cider vinegar – some sites report dozens of benefits and uses – but only a few of these claims appear to be substantiated with actual scientific evidence.

What Apple Cider Vinegar Is 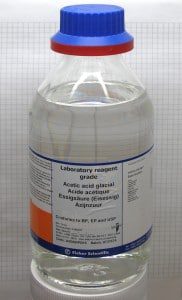 Before we delve into the health claims, it seems like we should first talk about what apple cider vinegar actually is. Vinegar is essentially nothing more than a watered-down solution of acetic acid – a colorless, organic liquid. When sugar is fermented into alcohol by yeast, and then bacteria – Acetobacter aceti – turns that alcohol into acetic acid, which is then diluted with water, the end result is vinegar. To produce different types of vinegar, you simply ferment different types of alcohol, such as red wine or sherry.

Unlike distilled white vinegar, which is made from distilled alcohol that is void of nutrients, apple cider vinegar is made from apple cider or freshly pressed apple juice, also known as apple must; so it stands to reason ACV probably retains some of the healthful properties of apples. However, just because ACV is made from apples, does not mean it’s as healthy as eating raw apples, or that your body will treat it the same way as the apple cider it came from.

In no way is consuming apple cider vinegar comparable to eating fresh apples. You couldn’t claim that any amount of apple cider vinegar is equal to “one full serving of fruit” or anything along those lines. It’s important to remember ACV has gone through a long and complicated biochemical process that has completely transformed it from one food into another. WebMD says that ACV “probably” contains B vitamins and other nutrients, similar to apples, but no available nutrition data for ACV supports that assumption.

According to nutrition data, ACV does not appear to contain any vitamins, or any substantial amount of any other nutrients – 1 tbsp only contains 3 calories. This is further confirmed by the nutrition information for the popular organic brand, Bragg, which also shows the product lacks any meaningful amount of vitamins and nutrients – it virtually has no nutritional value whatsoever according to the nutrition label.

Apple cider vinegar is said to be a good source of potassium and other minerals. While ACV does contain several minerals, including calcium, iron, manganese, and potassium; it only contains trace amounts of these minerals. The 11g of potassium you would get from one serving of ACV doesn’t even amount to 1% of your DV – not hardly enough to make it an adequate dietary source of the mineral.

Despite some obvious problems with many of the health and nutrition claims surrounding apple cider vinegar, it does seem to have some real benefits. Some of ACV’s real health benefits and uses may be unique to it, but it seems likely that most of these benefits would be true of all types of vinegars, including distilled white vinegar. 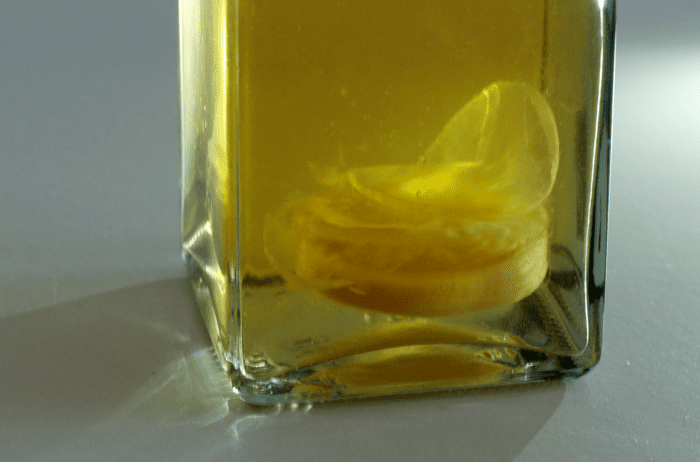 “Mother of Vinegar” aka “The mother.”

Studies have shown that apple cider vinegar does have a real impact on lowering blood sugar levels. According to Dr. Richard T. Bosshardt, correspondent for the Orlando Sentinel, one study found that subjects with insulin-resistant, Type 2 diabetes who took two teaspoons of vinegar before they ate a high-carb meal had a 20 percent reduction in blood sugar spikes compared to their counterparts who didn’t. It should be noted, however, that strawberry vinegar was used in the study, not ACV. Researchers later observed a 30 percent reduction in blood sugar spikes in normoglycemic subjects – people with healthy blood sugar levels – when they added 20ml of white vinegar to their salad dressing.

Reducing spikes in your blood glucose levels is good for you whether you have diabetes or not. Keeping your blood sugar levels low can also prevent the onset of diabetes. It is probably safe to assume any type of vinegar will have an antiglycemic effect on a starchy meal; however, when vinegar is neutralized, such as vinegar mixed with baking soda, it loses its antiglycemic property and is no longer effective at controlling blood glucose levels.

A Japanese study that observed 175 obese participants noticed a correlation between apple cider vinegar and weight loss. The study concluded that the participants who added ACV to their regular diet lost slightly more weight over a period of 12 weeks. The aim of the study was to find out if orally ingesting acetate by means of consuming ACV would reduce lypogenic genes and inhibit weight gain. The participants who took the ACV daily for three months lost about one to two pounds more on average than those who didn’t, which shows ACV probably does promote fat loss, albeit only slightly.

You should not try to use apple cider vinegar as a silver bullet for weight loss, but if you incorporate it into a weight loss program consisting of a well-balanced diet and exercise plan, there’s a good chance it can improve your results. An easy way you could make ACV a part of your diet is by using it as marinade for fresh vegetables or by drizzling a small amount over your salads.

Apple cider vinegar may aid your body in preventing cancer. Vinegar is a good source of polyphenols – plant compounds that inhibit oxidative stress. Studies have shown that human consumption of polyphenols improves in vivo antioxidant protection and lowers the risk of cancer. While you can ingest these polyphenols by consuming ACV, you could also get them just from eating regular apples – fresh apples would probably be a better source of in all likelihood.

Apple cider vinegar is said to be effective at killing bacteria, fungi, and warts, but the degree to which it kills and inhibits the growth of infectious bacteria and fungus is largely exaggerated. ACV, like all vinegars, does have anti-microbial properties, but researchers have concluded it is not effective at treating wounds or infectious diseases. In cases where acetic acid has successfully been used to treat warts, high concentrations were used and topical anesthesia was required – in other words, do not try this at home. Vinegar has, however, been determined to be an effective antiseptic for food preparation purposes; but nevertheless, experts caution they are not fully confident in its ability to effectively kill most dangerous bacterias.

Apple cider vinegar may be able to reduce hypertension. Lab studies have found that vinegar can significantly lower the blood pressure in rats, but no studies for this have been done on humans yet. Nevertheless, since acetic acid does appear to have an effect on blood glucose levels and weight gain, it is not unreasonable to assume it may be able to lower blood pressure in humans.

Apple cider is said to improve digestion and remove waste from the body, but it is unclear how this actually works. Apple cider vinegar is not a probiotic, like many people claim it is. It is also unclear if ACV really contains pectin – a type of fiber known to aid in digestion. ACV supplements with pectin have pectin added to them, but even If ordinary ACV does contain some amount of pectin, it does not contain as much in one serving as you would get from simply eating a raw apple.

Now that we’ve discussed the health benefits of apple cider vinegar, let’s go over some of the many ways ACV is used…

Apple cider vinegar has a wide variety of uses, ranging from cooking to cleaning and everything in between. These are some of the most common ways ACV is used.

If you want to whip up a quick and easy vinaigrette using apple cider vinegar, all you have to do is mix equal parts ACV and olive oil with a small amount of yellow mustard and dried herbs and spices.

As a Home Remedy

Lots of people take apple cider vinegar as a home remedy for common illnesses, such as sinus infections and sore throats. While ACV does have antimicrobial properties that can fight certain bacterias and fungi, scientific research has not found it to be an effective treatment for infections.

Many people also recommend using apple cider vinegar as a topical treatment for acne, but there is no scientific evidence to support this application of ACV actually works. Ironically, however, orally ingesting ACV may indirectly have a small effect on reducing the formation of acne by inhibiting the absorption of starches and reducing blood sugar levels.

Vinegar is an excellent all-natural, multi-surface cleaning product; especially when mixed with lemon juice; however, experts warn that it’s not as effective as chemical cleaning agents so you must be extremely thorough with it. For cleaning purposes, ordinary white vinegar is all you need, but some people still choose or prefer to use apple cider vinegar. To use it as a cleaner, mix it with a little bit of water in a spray bottle, but remember that diluting it too much will weaken its potency and make it less effective.

Vinegar can also be used to sanitize fruits and vegetables; and undiluted vinegar can be used as an effective natural cleaning solution for dentures that does not leave behind residue associated with mucosal damage, as is the case with bleach solutions.

Apple cider vinegar can be used as an all-natural homemade hygiene product for a variety of purposes. It is good at breaking down oil, grease, and residue build-up from hair products, so it is used by some people as a hair rinse or an ingredient in homemade shampoos. ACV can also kill some bacteria that cause odors, so it is used by some as natural body wash and deodorant. However, it is likely that other types of vinegar would probably work just as well for these applications – white vinegar would certainly be just as effective at removing oils from your hair and scalp.

The easiest way to take apple cider vinegar is by using it as an ingredient in your meals. Alternatively, you can drink it daily by mixing one or two spoonfuls into a glass of water. ACV can also be taken as a pill.