It may come as no surprise that the beloved childhood cereal called Lucky Charms is not vegan. It’s not really the cereal itself that isn’t vegan but actually the marshmallows. As you may already know, a key component to any marshmallow, of nearly every brand (excluding specifically vegan brands), is gelatin. Gelatin is made from collagen which is found in animal bones, joints, skin and ligaments. It is derived by boiling these body parts in water over a period of time and then processed to be colorless, flavorless and odorless. It is used in all types of products because it lends a gelatinous, or gel-like texture to products. So naturally, things like marshmallows and jello are produced using gelatin. 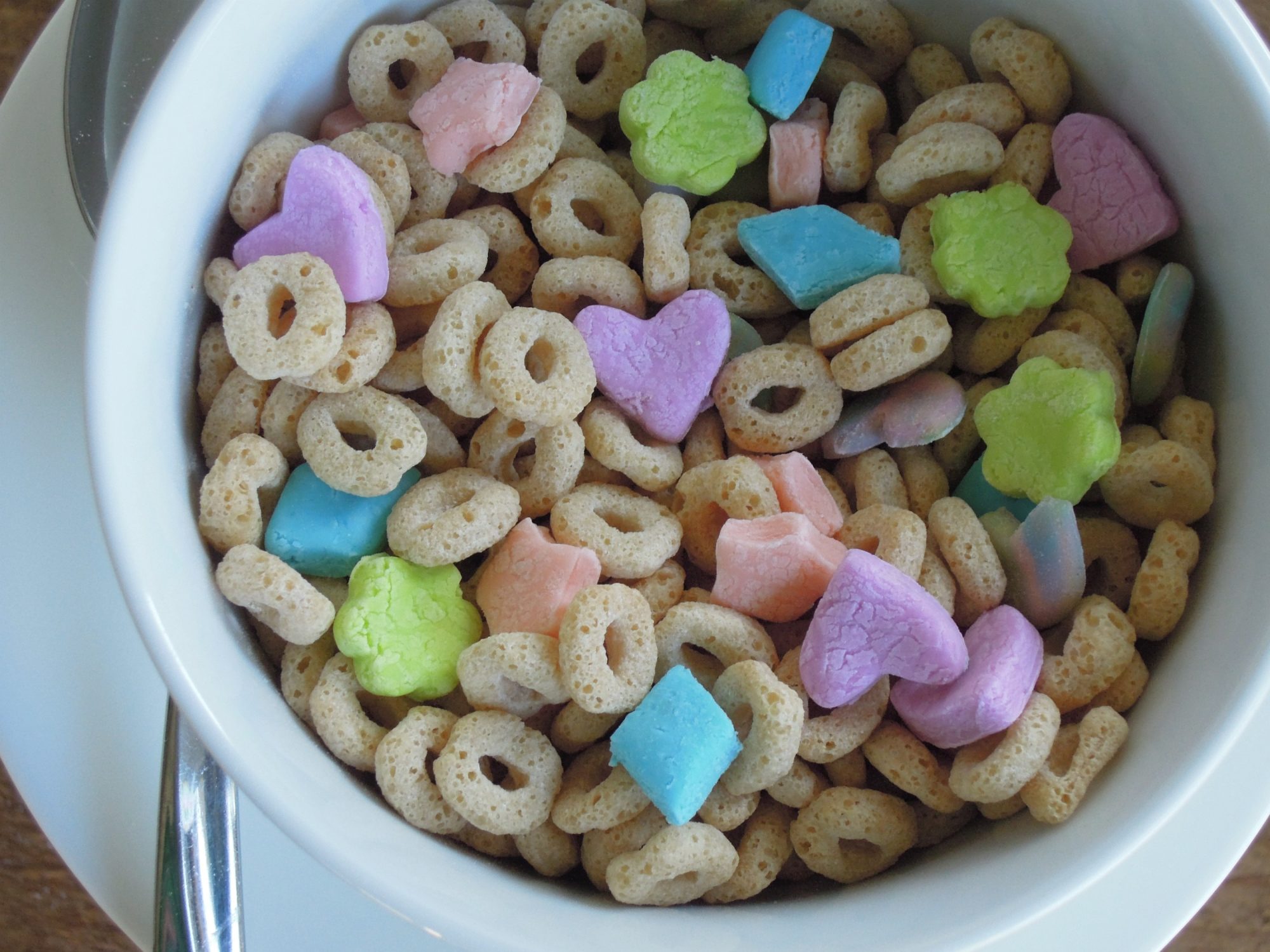 If you really love Lucky Charms, then you are in luck because here is a recipe for a homemade vegan version. Good Luck!