Vegan jerky is a great on-the-go snack that you can make quickly and inexpensively at home with many ingredients that you likely already have. Whether you have an oven or a dehydrator, this tasty, chewy snack is a healthy alternative to potato chips that packs a wallop of flavor.

As veganism gains in popularity, more individuals are changing their diets and looking for fun new vegan foods to try. Store bought vegan foods can be widely found at many grocery stores all across the US, but some products can be expensive or difficult to find.

Making your own vegan jerky at home can be a fun process that doesn’t require many tools or cooking skill to get right. Jerky can make a great snack for when you’re on the go or need a boost during the day. Some jerky can even pack valuable nutrition, and you can customize the flavor to suit your preferences.

What Is Vegan Jerky?

Vegan jerky is made from non-animal products and can be made from a number of different plants and plant-based products. Good examples include eggplant, soy curls, jackfruit, tofu, mushroom, pumpkin, cauliflower, watermelon, or tempeh. 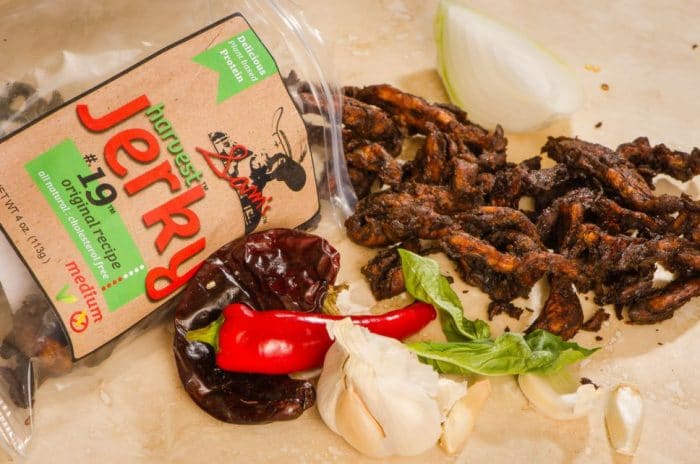 While this may seem like an overwhelming number of choices, rest assured that making a batch of your own jerky is a relatively straightforward process and doesn’t require you to buy a whole bunch of ingredients to get started.

Jerky is made from a plant or plant-based product which is then seasoned or marinated before being dehydrated or otherwise dried. While the process will vary depending on the plant or product you decide to make your jerky with; the result should be a flavorful and unique snack that is low in calories and has a delightful texture.

Making jerky can be done quickly in a dehydrator, but if you don’t have one of those, an oven can work just as well. The dehydration process may take longer depending on what your jerky is made from, but some can completely dry in as little as 1 hour. 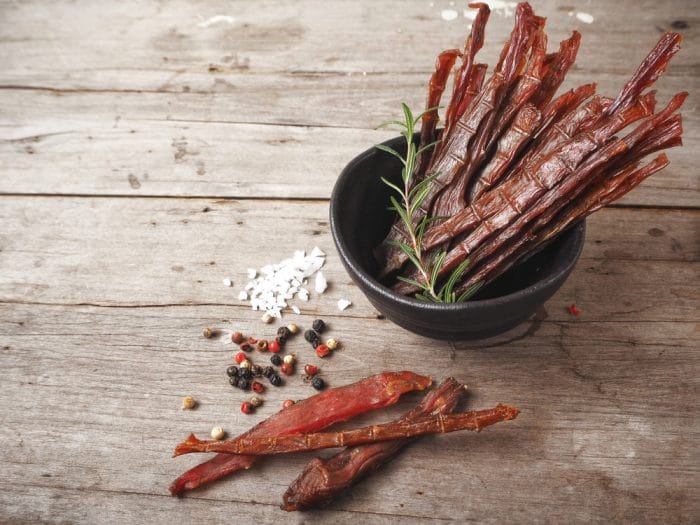 If you’re ready to make your own jerky, chances are you already have most of the basic ingredients that you’ll need. Depending on the kind of jerky you want to make, the process will vary slightly but follows the same general principle of preparing your base, flavoring, and dehydrating it until it reaches its final form.

If you like your jerky crispier, you can always cook or dehydrate it a little longer to get the desired effect. Keep in mind that humid conditions can make jerky take much longer to make, so it’s best to use an oven if you live in a damp place.

Remember always to store your jerky in an airtight container and preferably in the fridge so that it stays fresh for as long as possible. Jerky shouldn’t go bad but keeping it in the fridge ensures that it lasts longer than it might in hot conditions. 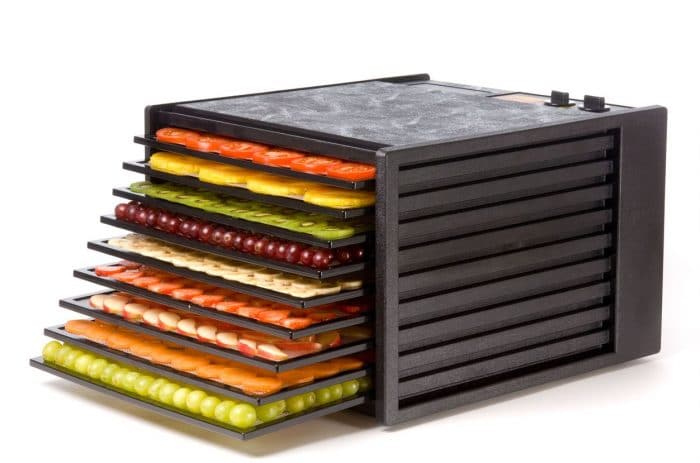 If you don’t have a dehydrator, a dependable oven that creates relatively even heat will do just fine. If things tend to cook unevenly in your oven, or if your oven doesn’t produce consistent heat, you may need to keep a closer eye on your jerky to make sure you get the best result.

Dehydrators do most of the work for you by using a fan to pass air over the jerky and dry it out more evenly. Even so, it’s a good idea to check your jerky to make sure that all pieces are drying evenly on each tray in your dehydrator.

It is possible to make fantastic jerky in both the oven and a dehydrator so don’t fret if you only have an oven. There are plenty of jerky recipes out there that will work perfectly fine in an oven and produce amazing jerky in a short amount of time. 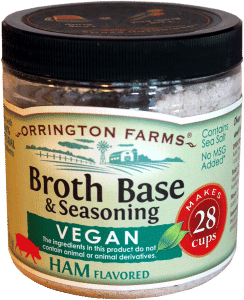 Flavoring vegan jerky is potentially the most critical part of the process. Whatever flavors you marinate your jerky in will ultimately get more intense when they are dehydrated or baked, so it’s best to try a tested recipe first before making any changes on your own.

Once you’ve made a few batches of jerky using a tested marinade, feel free to make small changes to suit your tastes. For example, you may want to omit some of the sweeteners, or lower the amount of salt used and substitute in another ingredient.

Smoked or flavored salts, maple syrup, tamarind paste, hot sauce, chili powder, mustard, vegan Worcestershire sauce, and BBQ sauce are all great additions to your favorite marinade. Feel free to mix and match different flavors until you’ve gotten a marinade that suits your tastes and be sure not to skimp on the oil if the recipe requires it.

You may also find that marinating your jerky a little longer than the recipe states can increase the intensity of the flavor and this can make for delicious jerky. While you don’t want to over-do it and marinate it way longer, a few extra minutes or an hour shouldn’t hurt. Experiment with different times to see what packs the most flavor into your jerky and produces the best result.

Making jerky can be a fun process and having it on hand as a snack can be an excellent way to sneak in some extra nutrition while on the go. Here are our recommended recipes for making unique and delicious inexpensive jerky without stressing you out in the process. 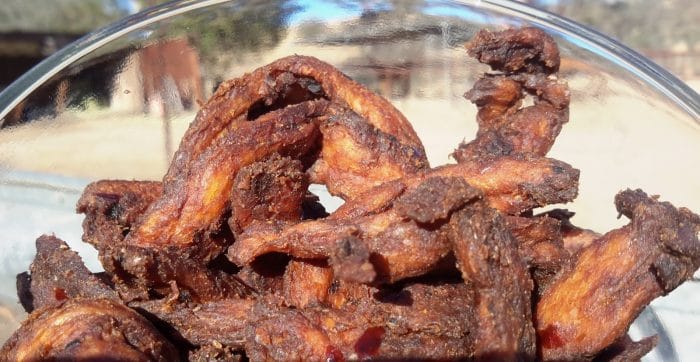 ¼ C Neutral-tasting oil such as canola or vegetable

If you like your jerky to be chewier, try cooking it for 50 minutes. If you want it crunchier, cook it for 5-10 minutes more until it’s the texture you prefer. Keep in mind that humidity and oven variations can change how long your jerky needs to bake. On very humid days it may take much longer to get crispy jerky.

Once your jerky is finished, be sure to store it in an airtight container in your fridge to make it last longer and keep it as fresh as possible. This recipe makes eight servings of jerky, and one serving is approximately 220 calories. 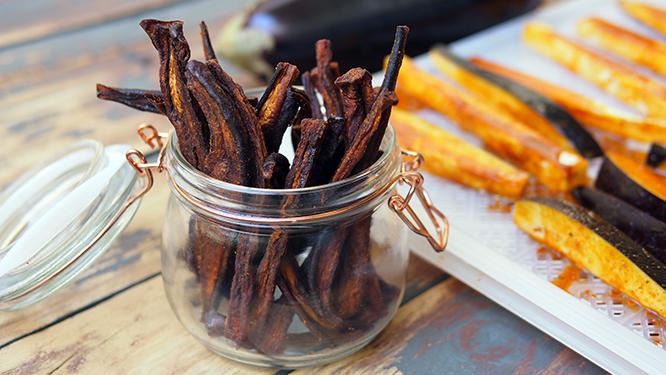 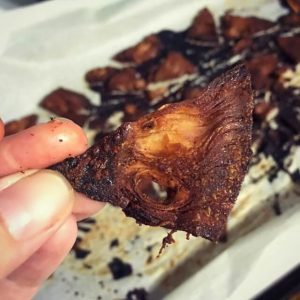 One can green jackfruit in brine

Samuel Warde
Previous Post: « The Vegan Food Pyramid: Everything You Need to Know
Next Post: Your 2021 Vegan Options at Sonic »