I’ve still got a bunch of raw cashews that the folks over at Gourmet Nuts and Dried Fruit sent us so I’ve been using them a lot in a various recipes. So far, I’ve made a bunch of savory dishes, but I thought it might be time to try something new. In a previous recipe, I’ve used cashews as the base for a cheesecake and it turned out really well. This time I used the same recipe, but I added some walnut caramel to the mix to make it more interesting and it was fantastic. 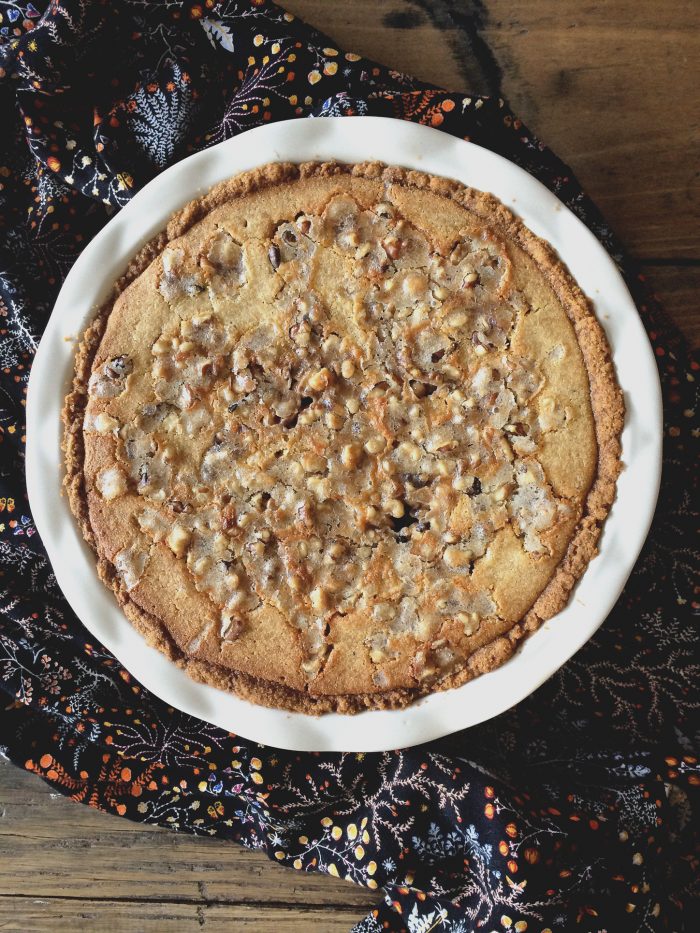 To make the caramel, I used coconut milk instead of heavy cream and slowly cooked it for about an hour until it became sticky and sweet. The great thing about using cashews as well as walnuts  as a base for cheesecake is that they are nutrient dense and contain many vital minerals and vitamins. Cashews contain arginine which is good for the lining of arterial walls and also helps lower blood pressure and cholesterol. They also contain healthy fats, fiber and protein. Walnuts are a great source of nutrients too as they contain large amounts of omega-3 fats, copper and manganese. Additionally, they have been shown to reduce the risk of several cancers and also help to lower the risk of heart disease. 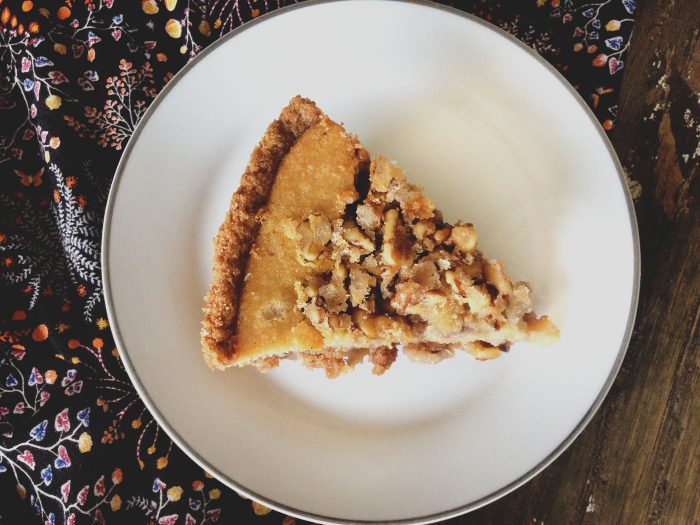 Unfortunately, this recipe does contain quite a bit of sugar, so it’s not a “healthy” cheesecake. I do, however, think it is healthier than the real dairy version. I’ve been meaning to try using different types of healthier sweeteners, like dates and coconut sugar, but I don’t always have those items on hand so it’s convenient to keep using regular sugar. Of course, you should check the brand to make sure the sugar you’re using is vegan. We’d love to hear from you if you try this recipe out so let us know in the comments below. Enjoy! 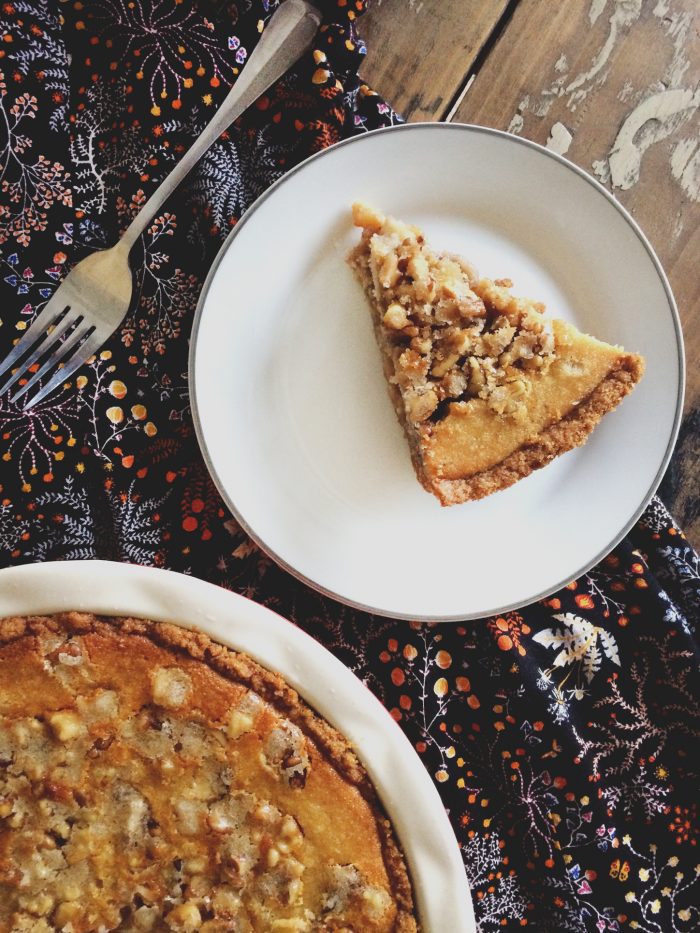 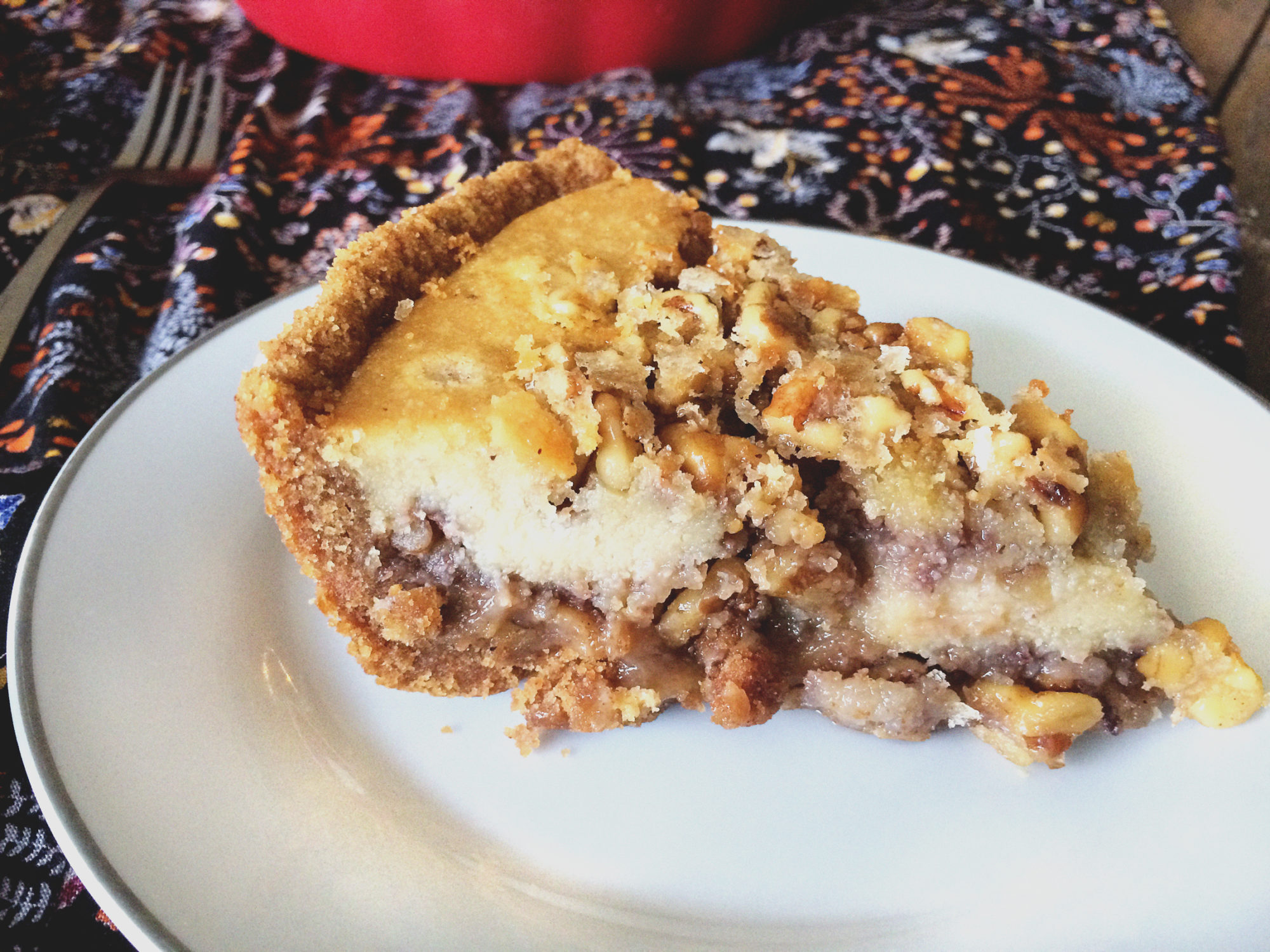 For the cheesecake filling
For the crust
For the walnut caramel