For the past week or so, I’ve been making this sandwich, and it’s instantly become one of our favorite recipes. It’s not often that we want to eat the same dish over and over again in the same day, but that’s been the case with this sandwich. It’s a hearty and filling sandwich, but we always want another one immediately, even though we’re too full to eat another one; so, we just wait a couple hours, and then get started on round two. 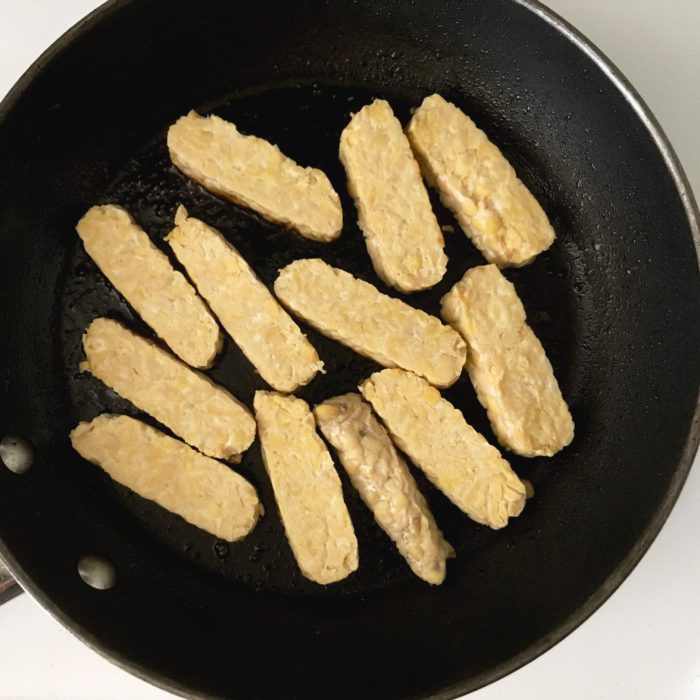 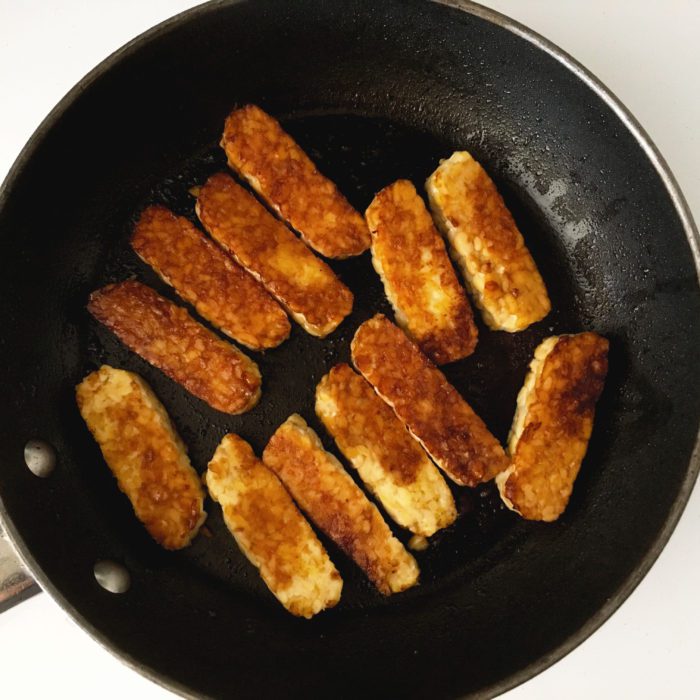 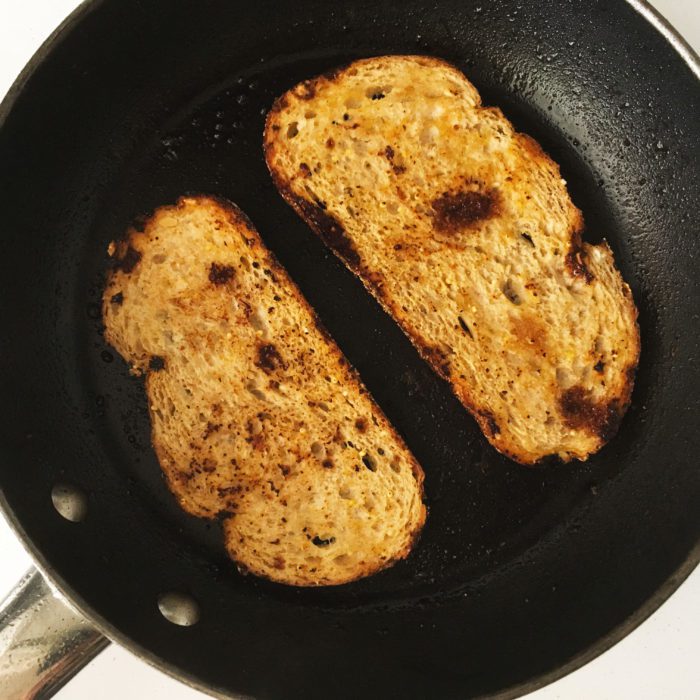 What you may find surprising about this sandwich is that although it sort of looks like a sandwich that might not be good for you, it’s actually really nutritious. In addition to large amounts of carbs, protein, and fat – about 60% of RDA for each – it also contains a huge amount of vitamins and minerals, as well as omega 3 and 6 fatty acids. 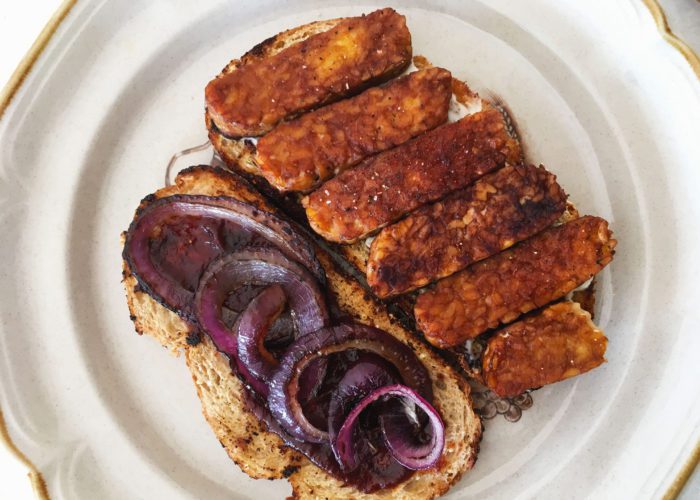 It’s not hard to find BBQ sauce that is vegan friendly, but it is hard to find one that isn’t loaded with sugar and corn syrup. Thankfully, after checking ever bottle on the shelf, I came across American Stockyard all-natural BBQ sauce. I got the “Smoky Sweet Kansas” flavor, and it was awesome. Hands down, the best store-bought BBQ sauce we have ever had. We liked it so much, we’re going to come up with a homemade version using the same ingredients. 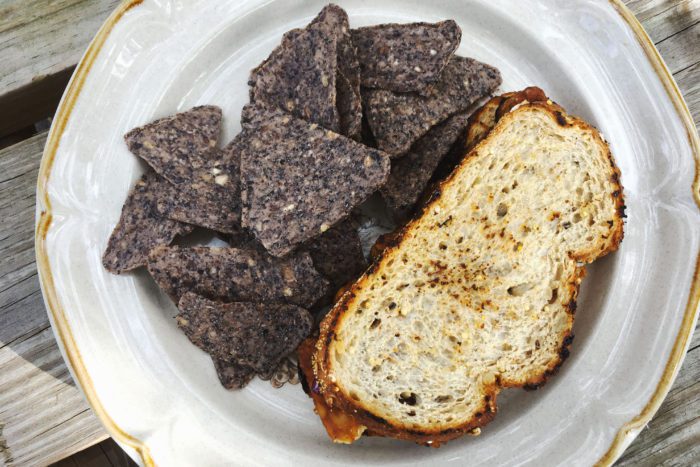 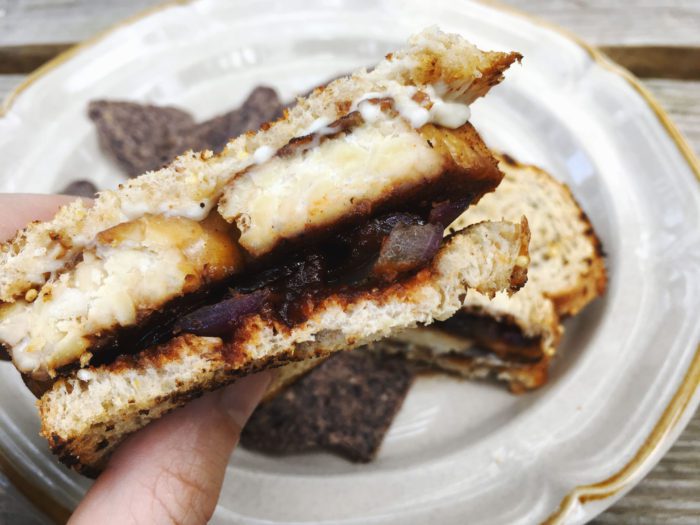 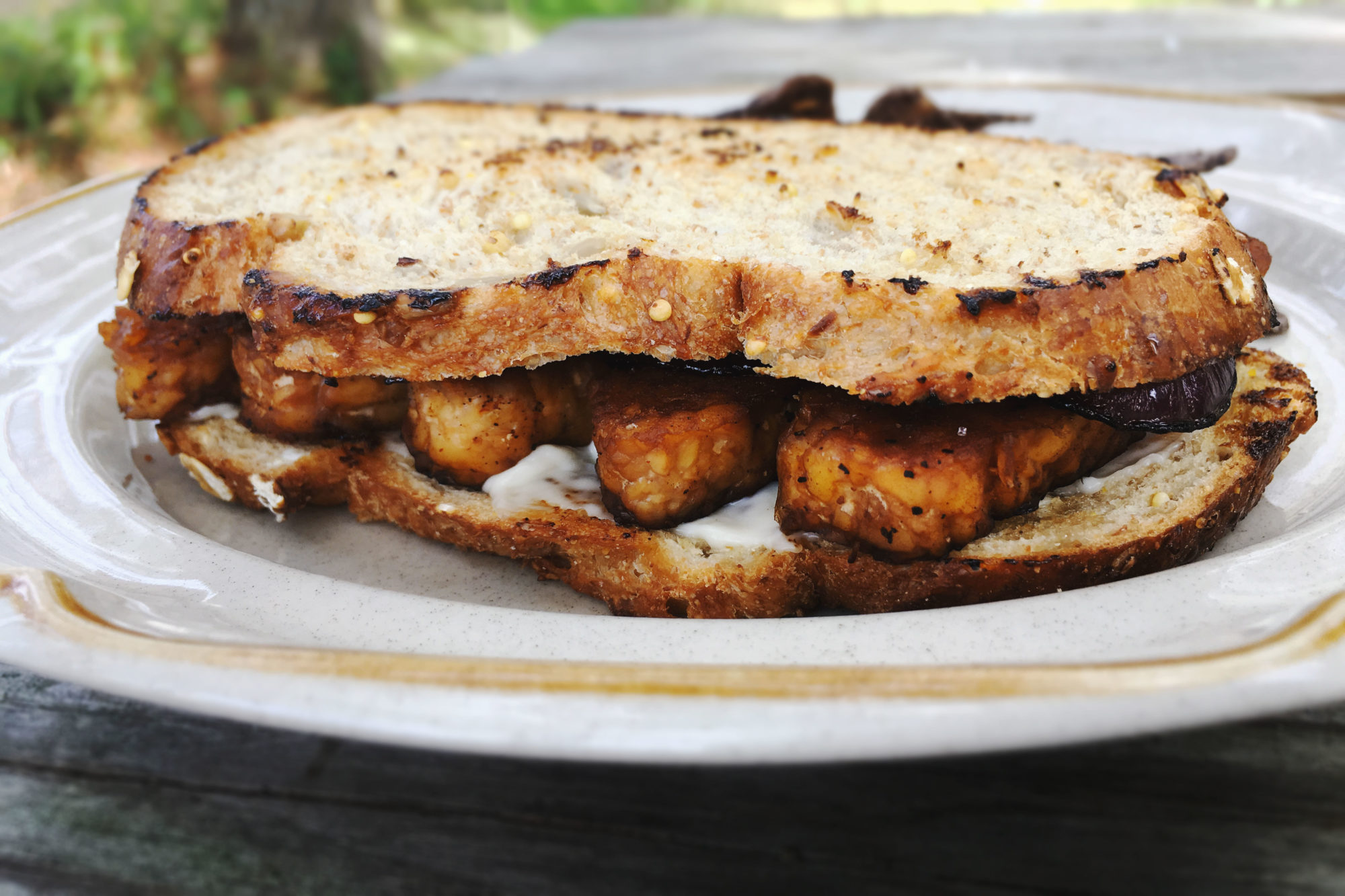 Pay close attention to the temperature while frying the tempeh and the bread. If the pan gets too hot, the marinade will burn. You want the marinade to caramelize, but you don't want it to start smoking.

Don't worry too much about exact amounts for this recipe, just use common sense – If the pan looks like it doesn't have enough oil, add a little more, etc...

If you have the patience, you might want to try marinating the tempeh in the fridge overnight. But if you don't want to wait, tossing it all together in the pan works just fine.