I was recently writing an article about the ways to use aquafaba and the many ways it can be used in plant-based recipes. People often use aquafaba to make vegan meringues and macarons, which are both meringue-based cookies; so what’s the difference between them? Are they the same cookies in a different shape with different names, or is there more that separates them? It turns out there are quite a few distinctions between the two beloved confections. 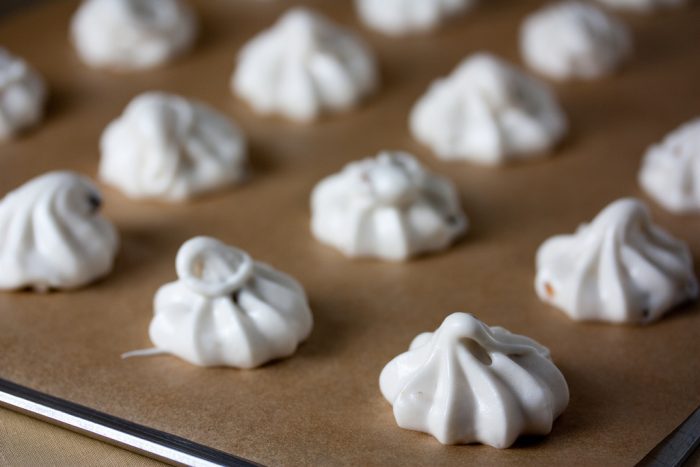 Meringue cookies consist of a basic mixture of whipped egg whites – or aquafaba –and sugar that is piped out in “kisses” onto a baking sheet and baked at a low temperature for about one hour. They’re essentially the same kind of meringue you would put on a pie, just shaped like little cookies. Sometimes other ingredients are added, such as vanilla or cream of tartar. 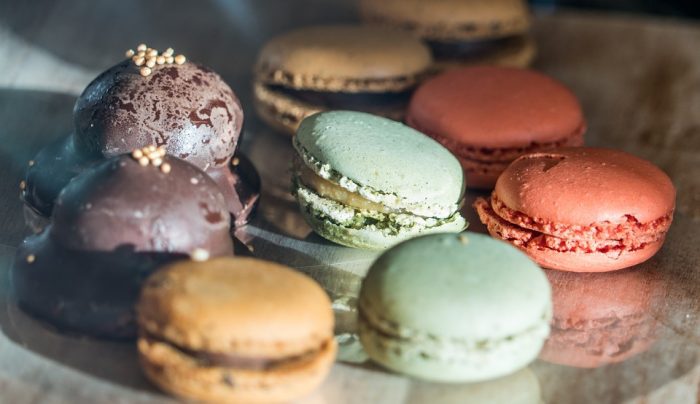 Macarons are a much more complicated cookie to make and they contain more ingredients. Most notably, macarons contain almond flour, which makes them more like a true cookies. They also have more sugar in them – typically vegan powdered sugar – and they’re dyed with food coloring. After being piped into the shape of a disc, and then left out to rest for a moment, macarons are baked at a higher temperature for far less time than meringues. Once they have been baked and have cooled, they are then usually sandwiched around a layer of matching colored icing. Apart from being visually distinctive and a bit sweeter, macarons also have a firmer texture than meringues due to the almond flour.