We’ve made a lot of great pizzas, but I think this one might take the cake. Please forgive me for bragging, but every time I look at pictures of this pizza, I start to get cravings. Speaking of cravings, I had been craving vodka sauce for years. Before I went full-vegan, vodka sauce was my favorite type of marinara. Well, a few days ago, I was walking through the grocery store and I saw a jar of ready-made vodka sauce specifically for pizza, aptly titled “vodka pizza sauce.” I thought, “I could so easily vegan-ize that.” So I did. 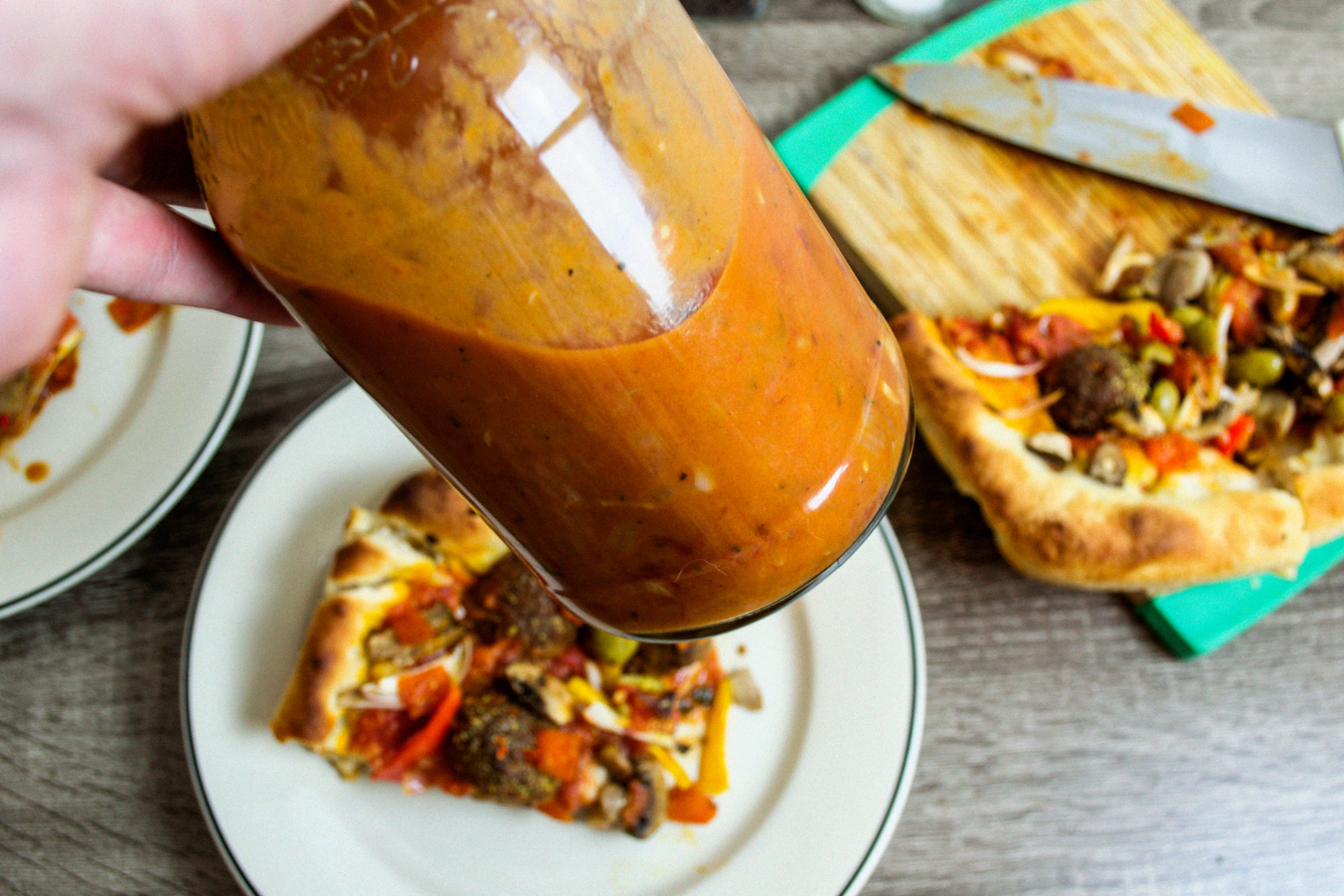 There’s two main ingredients in a traditional vodka sauce that prevent it from being vegan: heavy cream and butter. It’s virtually impossible to make a vodka sauce without them. The difference between a vodka sauce and a typical marinara or pasta sauce is the creaminess. Without the cream, you’ve just got tomato sauce and booze. 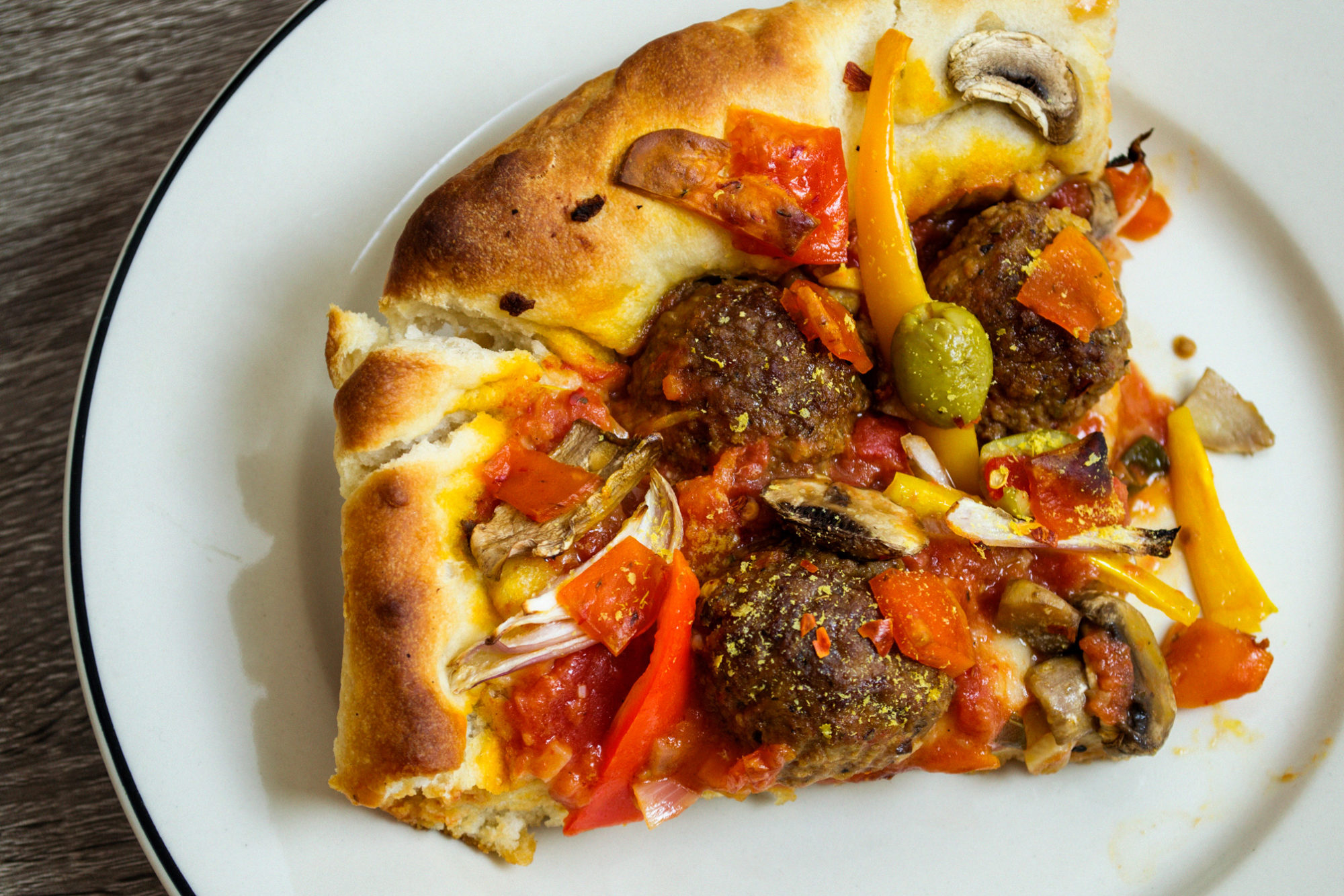 Not every single vodka on the market is vegan friendly, but you can use Barnivore to find one that is. 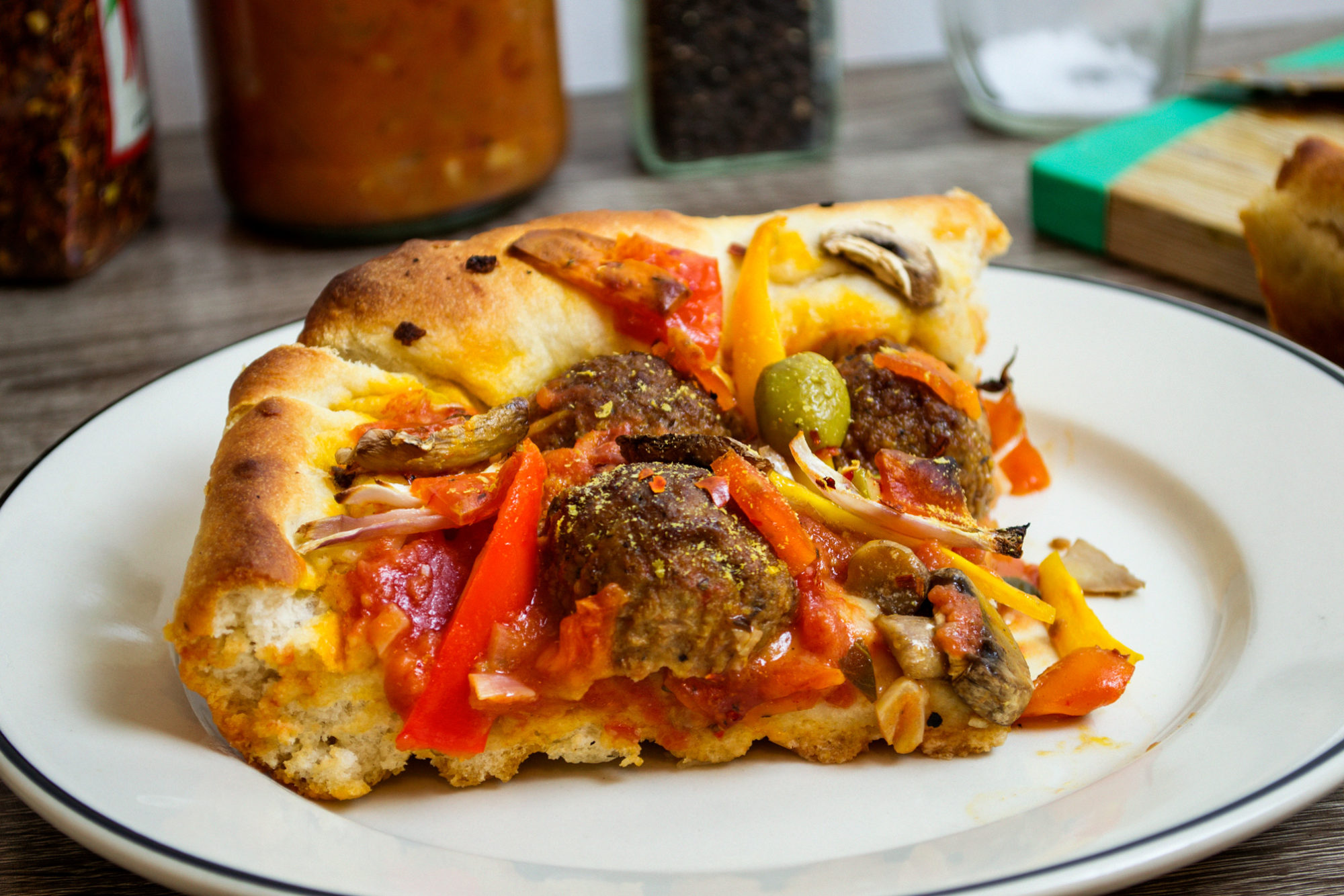 After making plenty of coconut curries over the years, I determined coconut milk would be the perfect replacement for heavy cream. It has the same consistency and tanginess, and when cooked properly with other ingredients, the coconut flavor gets masked completely. Taryn was a bit skeptical – I don’t blame her, I was too for a while – but it worked like a charm. Of course, the butter was replaced by vegan butter, and that did the trick as well. 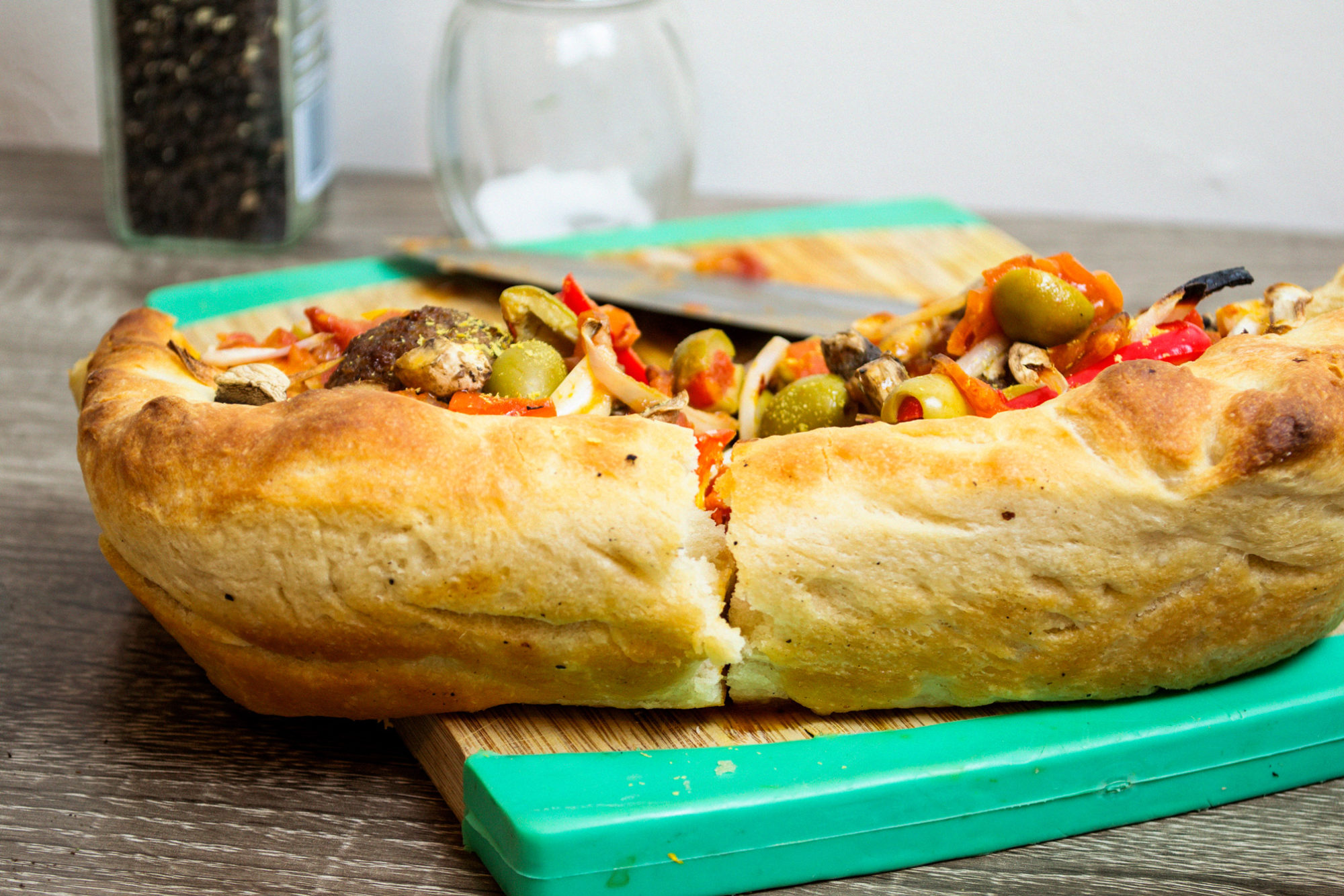 Again, the sauce and the pizza were so fantastic together. I really hope you try it and let us know what you think. And as always, we hope you enjoy! 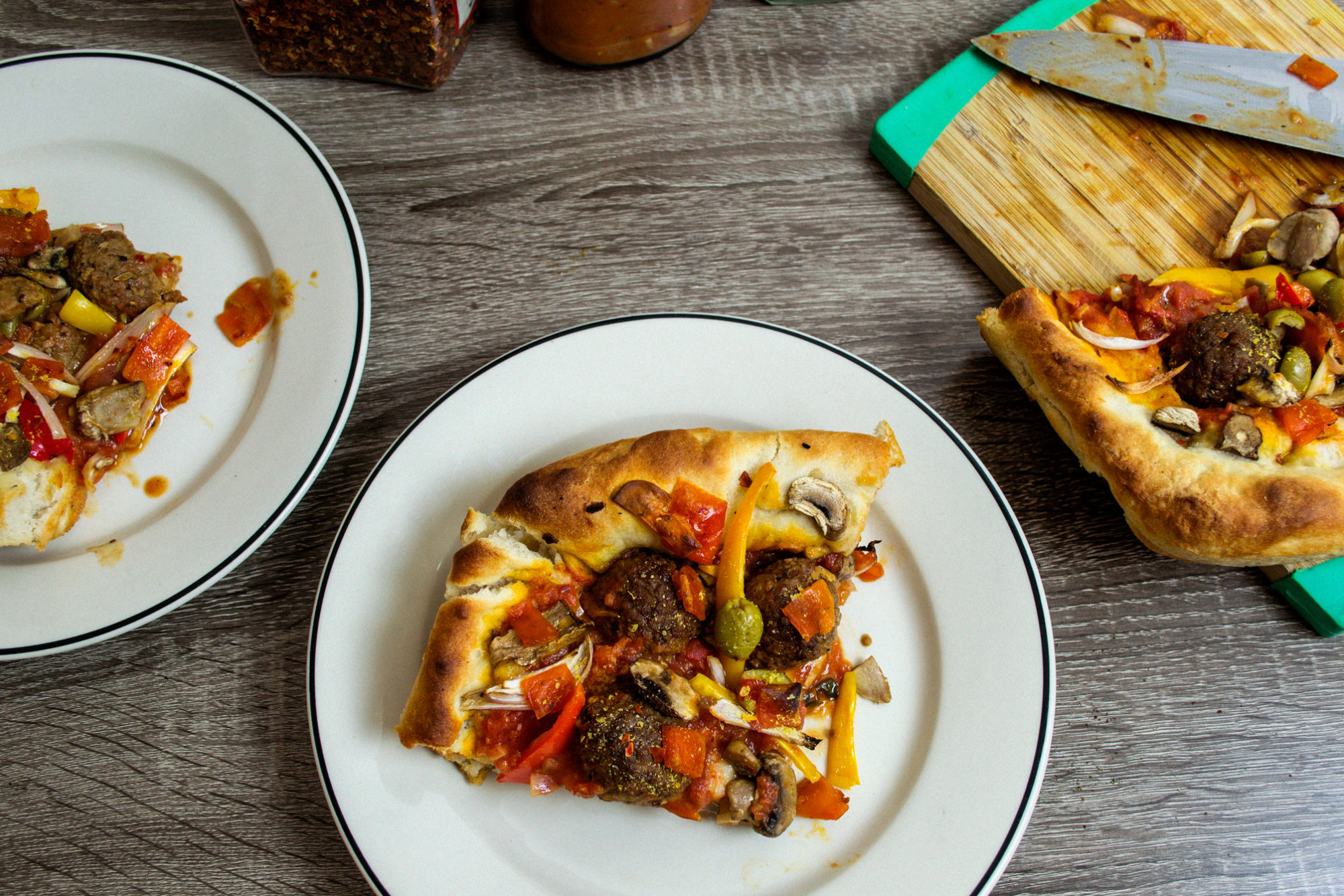 For the Vodka Sauce
For the Pizza Dough
Toppings (Optional)

You'll probably have a good amount of extra vodka sauce. If so, let it cool, then put it in a jar with a lid, and store it in the fridge. It should be good for at least a few days. You could also freeze it.