50 of the Best Vegan Jokes

Vegans may get a bad rap for being an overly serious and militant bunch. After all, vegans are indeed a special breed of people. But if you are looking for the best vegan jokes that pack a punch, read on to enjoy a dose of vegan humor with a side of those vegetables. Pass the peas, and not the gas, please!

50 OF THE BEST VEGAN JOKES

Vegans too often get a reputation of being a strict, no-nonsense bunch. But these top vegan jokes are sure to make anyone who is an herbivore, omnivore, or even a carnivore break out into a roar of laughter. Okay, well maybe not the carnivore, because they can be a real tough crowd to please when there are no animal proteins around.

But who knows? These vegan jokes might be the ticket to opening minds, changing hearts, or just sharing a hearty laugh without having caused any harm to animals.

So, without further ado. Let’s get to the jokes! 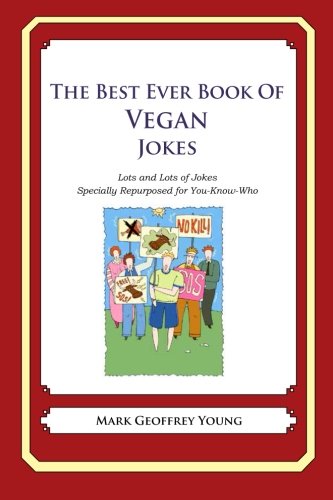 Just like knock-knock jokes, humor that involves a light bulb or two is a standard of classic humor.

Q: How many carnivores are needed to change a lightbulb?

A: Zero. They prefer to stay in the dark.

A: I don’t know how many, but how do you get your protein?

A: Just two. One changes the bulb, while the other checks for any animal ingredients.

A: Zero. Vegans can’t change anything.

A: Zero. Lightbulbs are not vegan!

A: Just two. One has to get up on their high horse, while the other criticizes them for oppressing the horse and its rights.

A: Four. One will refuse to take on the task because light bulbs are not vegan. The other three vegans will argue about the use of lightbulbs because they do not exist as an original product of nature.

Q: How many raw vegan kids does it take to change light bulbs?

A: It might only take a few. But, those kids are sneaking over to the neighbor’s house to watch cartoons their parents don’t approve of while chowing down on processed animal products and drinking soft drinks. 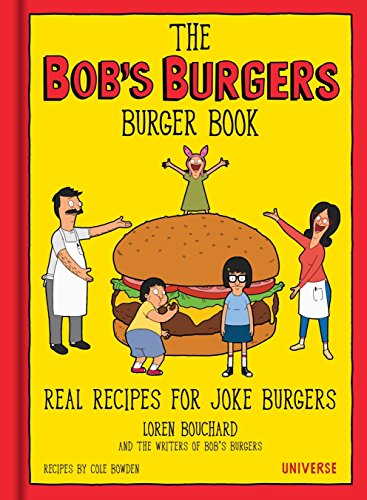 Light Hearted Enough to Poke Fun at Being Vegan

Don’t believe the hype. These vegan jokes prove they’re are capable of breaking away from the image of the grumpy militant vegan.

Q: Why did the vegan cross the road?

A: Because they were protesting for the chicken, MAN!

Q: What type of crackers do vegans never eat?

Q: What do you call a vegan who falls off the wagon and starts eating meat?

A: Looks like someone went and lost their veg-anity.

Q: What do you call a post-punk band that’s also vegan?

Q: Why are mushrooms invited to all the best vegetable parties?

A: Because they are real fungi.

Meat eater: I thought it tasted it a bit funny.

Q: How do vegans spice up their veggie burgers?

A: I don’t know, but the most important thing is that it mustn’t taste good.

Q: Why are vegans more likely to go blind?

A: It’s not lack of proper nutrition. It’s because of reading all those tiny ingredient lists.

When vegans line up to pose for a photo, do they shout out, “Soy!”?

Because Vegans Are a Gas

Following a vegan diet requires eating tons of whole foods that are plant-based, so there’s going to be a lot of gas. Perhaps it’s some weird type of irony or humor from the universe. However, after chowing down on some vegan fare, it might be time to open up a window or hold your nose.

Q: Why do vegans have a hard time getting intimate?

A: Because they have horrible gas.

Q: How are vegans detrimental to the planet?

A: They produce loads of methane.

Q: How was the vegan busted for stealing a Soy Delicious delivery truck?

A: The FBI followed the noxious fumes trailing from the scene of the crime. 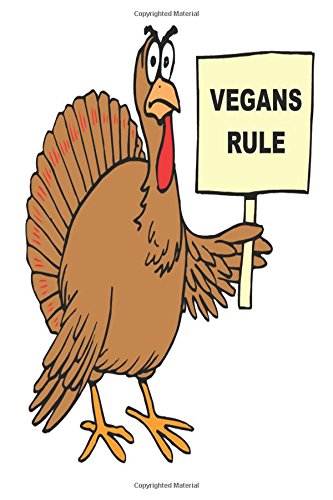 Adult Humor and Bad Puns All Around 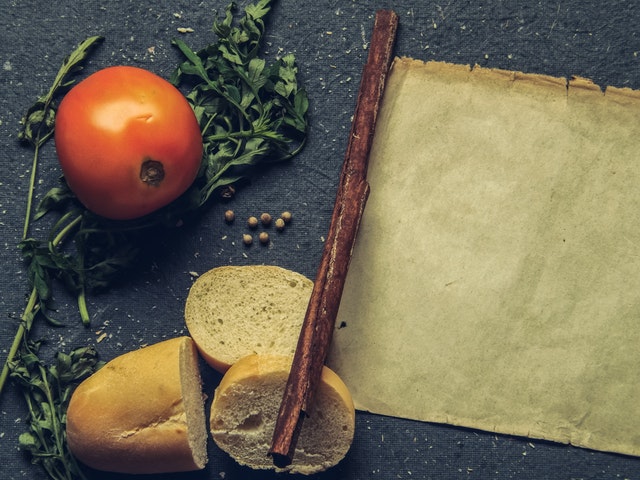 Veganism may give people the impression that those who commit to the lifestyle are tame, boring, and just as bland as a plate of lettuce or grass. However, these vegan jokes are here to prove the world wrong, and veganism can keep toe-to-toe in the world of jokes.

Q: If two vegetarians have a heated argument, can it still be called “beef”?

A: Nah, it’s just a case of two people who have bad “tempehs.”

Q: What do you call a vegan who is a bit of a fascist?

Q: What do you call a vegan with a bout of diarrhea?

A: A salad shooter.

Q: Why did the tomato turn red with embarrassment?

A: Because it saw the chickpea.

Q: How do you know you’re around some vegan witches?

A: When you hear, “Eye of potato.” “Ear of corn,” and “Head of lettuce.” around their cauldron.

I discovered that becoming vegan was a huge missed steak.

Q: What did the lettuce say to the celery?

A: I hope you’re not stalking me.

Q: What made the tomato take out the prune?

A: It couldn’t find a date.

Q: Why does vegan cheese not taste so great?

A: It’s because it never got tested on mice.

Q: Did you hear about that one vegan devil worshipper?

A: They sold their soul to seitan.

Q: What is it called when a chickpea murders another chickpea?

Q: What do you call a male vegan who prefers to indulge in self-pleasure?

A: A non-dairy creamer.

Q: Why did the tomato blush bright red?

A: Because it saw the salad, dressing.

A: They are both meat substitutes!

Q: What did one vegan say to the other vegan?

Can I tell you a vegan joke? It definitely won’t be cheesy.

Q: Do you serve vegans here?

A: Of course. How would you like them cooked?

Q: Why did the tofu cross the road?

A: It wanted to prove it wasn’t chicken.

Lettuce in, and then we will tell you.

Take caution when eating hummus, because it is the most potent aphrodisiac for human beings.

You ever heard of hummusexuals?

Q: What’s the best way to keep milk as fresh as possible?

A: Just leave it in the cow.

Q: What is a carnivore’s favorite bumper sticker for their car?

A: I love animals. They taste great.

Q: Did you hear what happened with that vegan zombie?

A: They went to an insane asylum and ate all the vegetables.

Q: Why do potatoes get into arguments?

A: Well, spuds just can’t ever see eye to eye.

Q: What do vegan zombies love to eat? 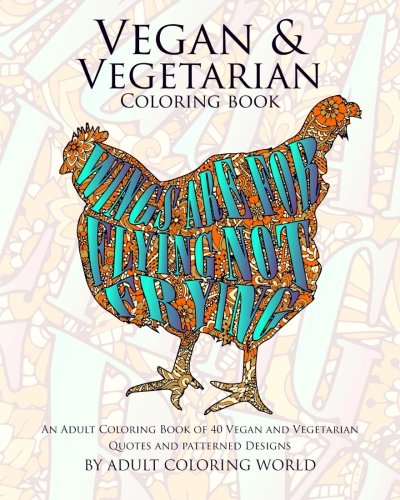 A Joke Wrapped Up in A Story 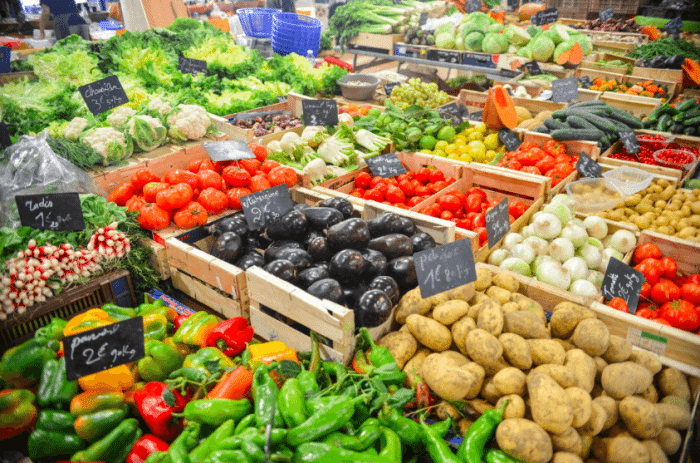 Not all vegan jokes use light bulbs, open with “Knock, knock,” or rely on body function-based humor. These vegan jokes are sure to keep listeners hanging on every word, waiting with baited breath on a great punch line.

There was a man who had a talking parrot.

Unfortunately, the parrot had a problem with swearing and swore a lot. So, the man decided to place the swearing parrot inside a cupboard, to get the parrot to pipe down.

The parrot continued to swear. So, the man decided to place the parrot in the freezer. Afterward, the parrot began to swear even more. Eventually, the parrot fell silent after a few minutes passed.

The man opened to the freezer, and the parrot spoke. “I’m so sorry sir; it will never happen again.”

The man wondered what had made such a difference with the parrot, after being placed in the cupboard and then the freezer.

The parrot opened its mouth and asked, “So, um, what’d did that chicken in the freezer do?”

Walking Into A Bar Joke

A vegan, a meat-eater, and a cannibal all walk into a bar. The vegan sits down and orders a salad. The meat-eater orders a burger. Then the bartender comes to the cannibal to take their order.

When the server asked the cannibal, “You having anything?”

The cannibal replied, ” Oh no thank you. I’ll wait until they’re done.”

Mrs. Smith had cooked a decent meal, which her husband Mr. Smith had enjoyed eating. When halfway finished eating, he took a long look at the potato on his plate.

Looking over at Mrs. Smith, he said, “This potato is a little bad.”

Mrs. Smith picked up the potato, smacked it, and put it back on his plate.

Looking at her husband, Mrs. Smith said, “If this potato gives you any more trouble, just let me know.”