A few months ago, we moved to a small town in southern Arizona. Having previously lived in virtually every other region of the country, when we first arrived here, we noticed they had a particular way of making their hot dogs we were not familiar with. They call them “Sonoran hot dogs.” Sonora is a state in Mexico, just below the border, where the style originated. A Sonoran dog is somewhat like a Chicago-style dog, in that it is covered with lots of toppings. However, Sonoran dogs, which are also called “Mexican hot dogs,” feature ingredients, well… more common to Mexico, such as pintos and green chiles. 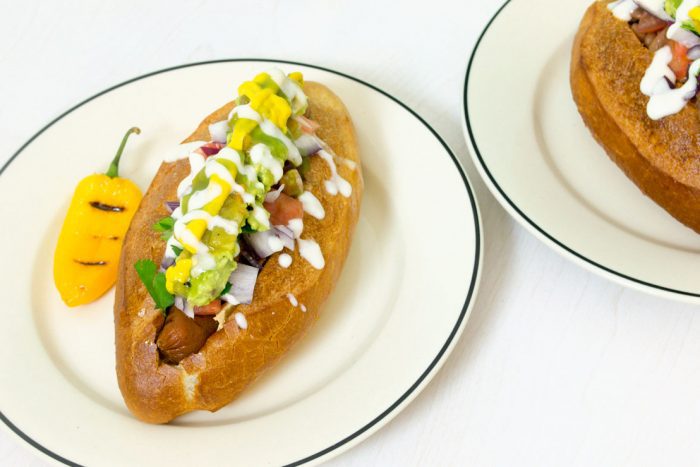 Much to our surprise, we discovered an all-vegan Mexican restaurant in our tiny town, and the first time we went there, Taryn got a Sonoran veggie dog. It was out first time having one, and it was great, but it was a little bit different from the traditional Sonoran dogs we saw elsewhere, so when we attempted our own vegan version, we decided to keep it classic. Well, mostly classic. We did add guacamole, which is not a standard ingredient. But come on! How can you not add guacamole??? We also considered vegan cheese and sour cream, but we thought that might be overdoing a bit. 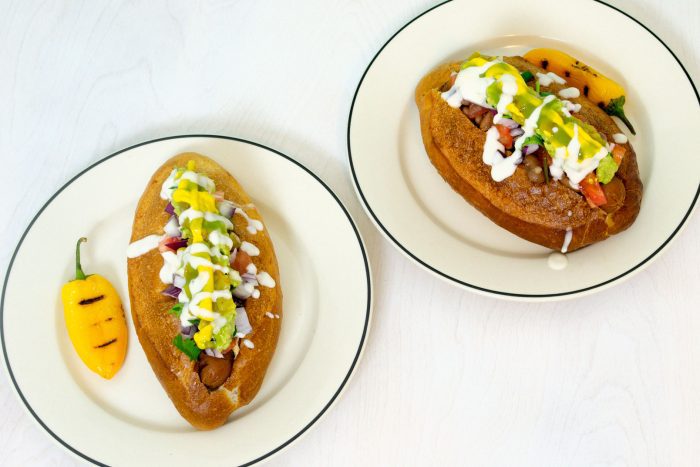 I know, I know… “How could adding vegan cheese and sour cream to anything be overdoing it?” But just take a look at how stuffed these dogs are even without it. I mean, sure, we probably could have squeezed some on there, but… Okay, I give! We should have! What’s wrong with us??? 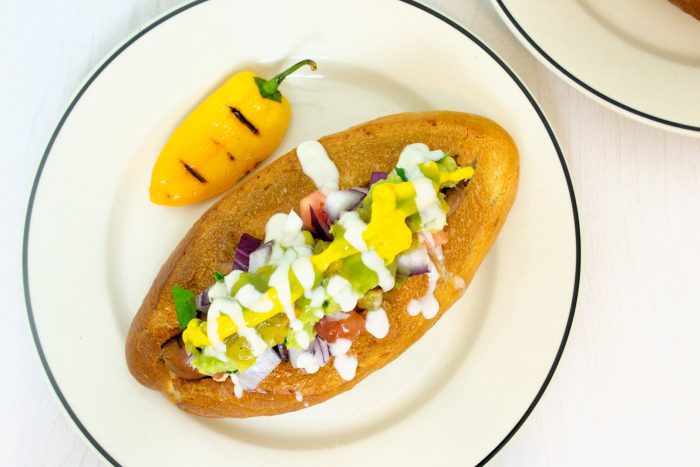 In all seriousness, though, these we the most loaded veggie dogs we’ve ever had, and piling anymore on might have been overkill. I needed a knife and fork to eat mine. I felt like a little kid. 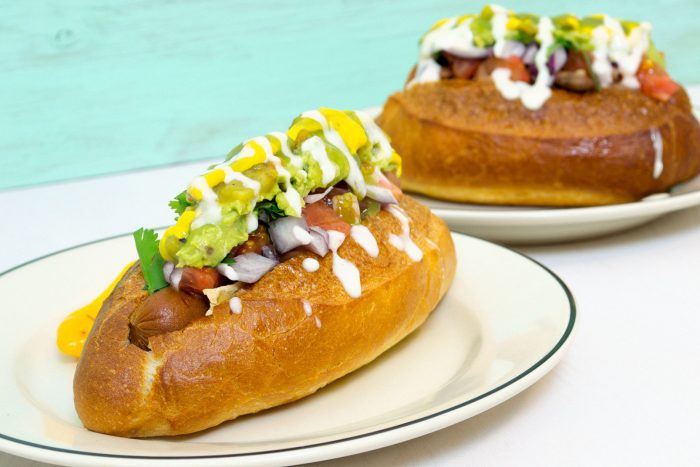 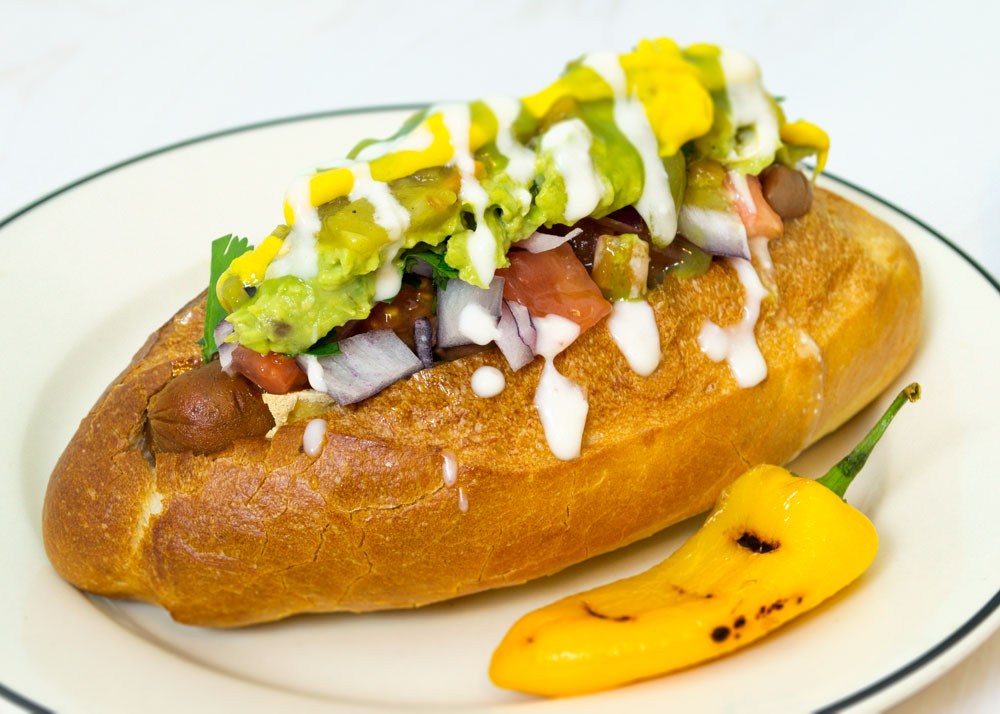 For the veggie dogs, we used Field Roast Frankfurters. For the veggie bacon, we made our own tofu bacon. You can watch the video above to see how did it. That being said, we would have used Tofurky tempeh bacon strips, but our grocery store was out.