Ever since we perfected our homemade seitan recipe, we just can’t get enough of this stuff. We keep coming up with all sorts of uses for it, and it’s easily become our primary meat substitute. We had some leftover from the veggie burgers we made a few nights ago that we weren’t sure what do with. Then Taryn came up with the idea for these Philly “cheesesteak” quesadillas, and boy am I glad she did, because these quesadillas were, as the kids say, bomb – do kids still say that? Probably not. Anyways, I digress…

Apart from the homemade seitan, another thing that made these quesadillas great was the “nacho cheese” sauce. It’s a recipe I’ve been working on for awhile. A few months back, I was making this cheesy sauce using nutritional yeast and AP flour. One day I was in the process of making it when I realized we were completely out of AP flour, but we happened to have a fresh bag of corn flour, so I used that instead. I was pleasantly surprised to find out the corn flour made the sauce taste just like nachos. I thought it would be the perfect sauce for this dish, and after eating these, I’m fairly confident it was. 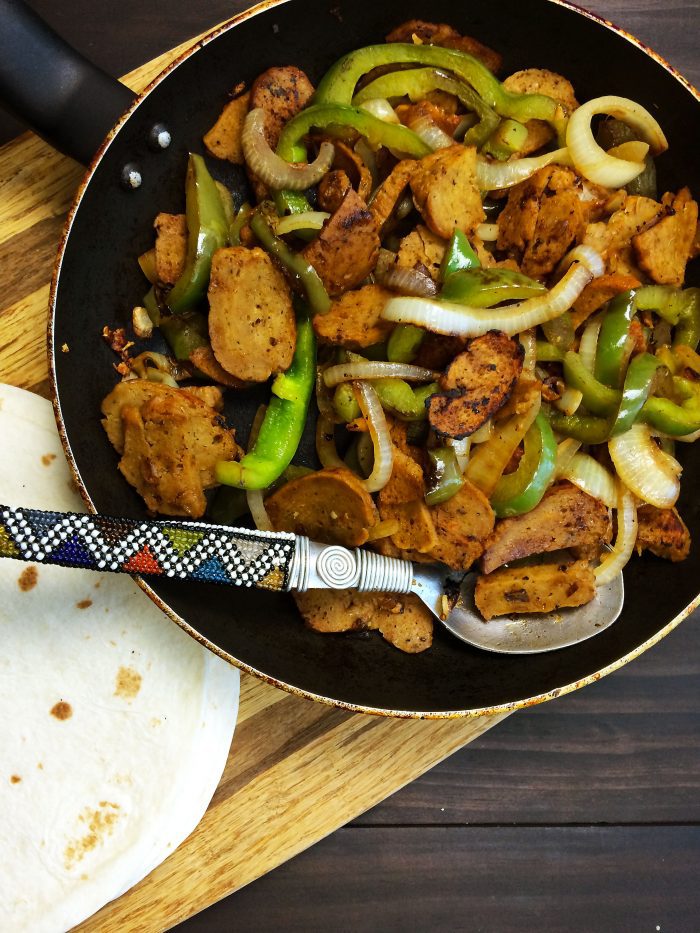 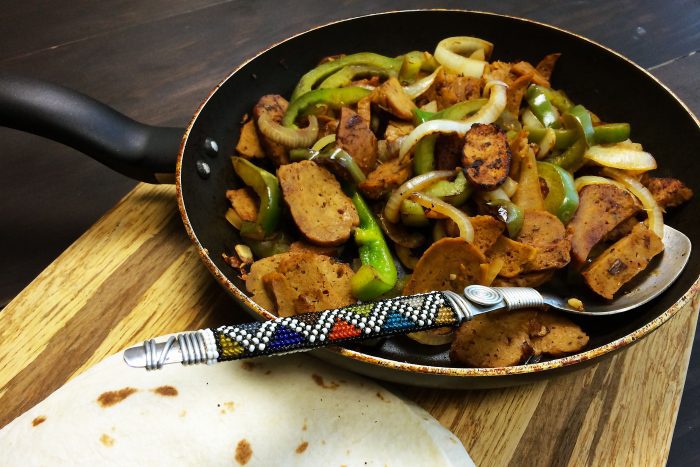 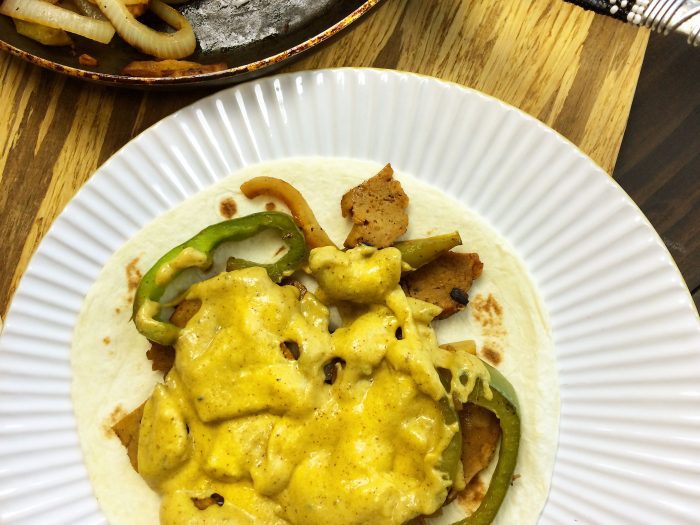 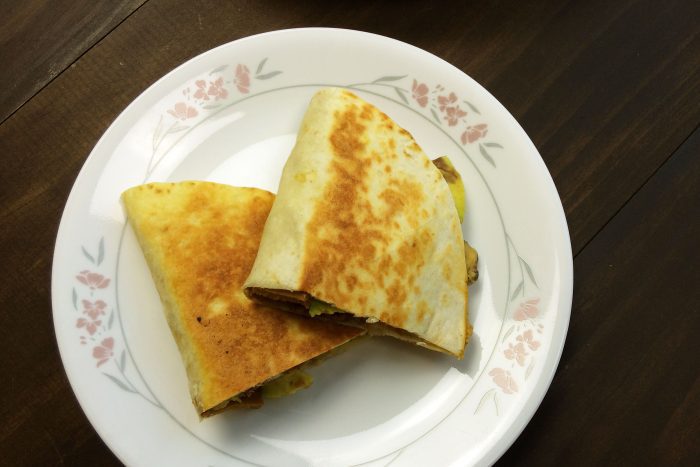 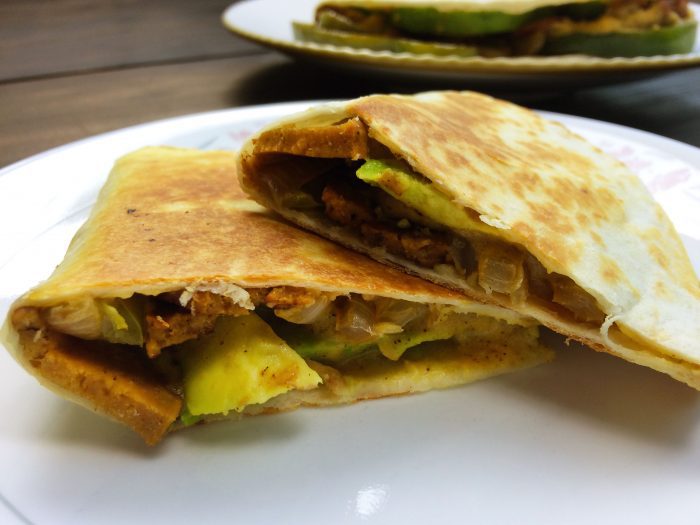 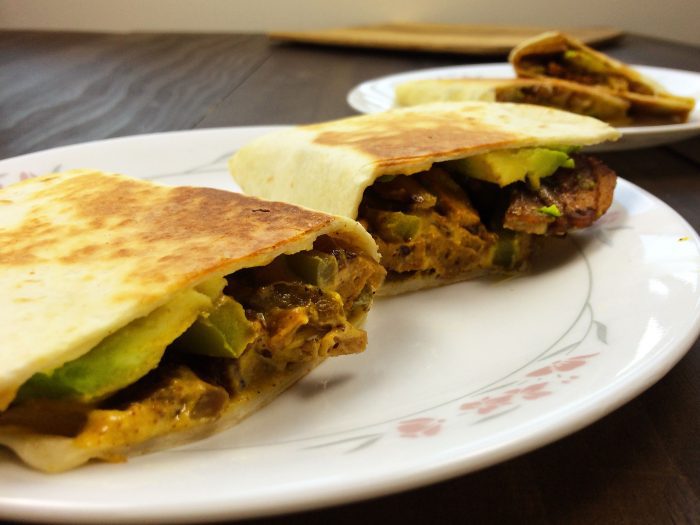 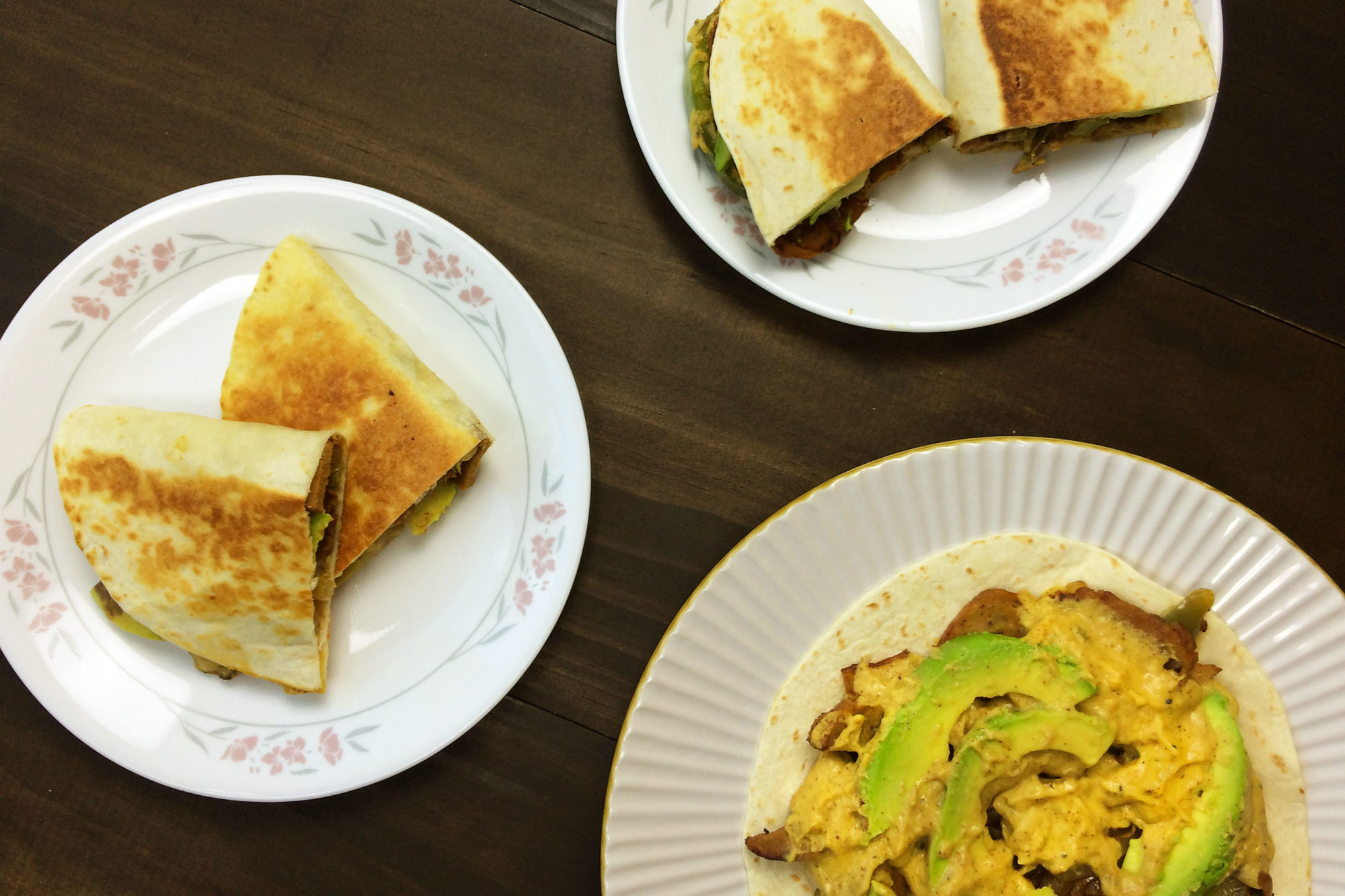 For the fillings
For the nacho cheese sauce