Cheese makes pretty much everything better, right? If you're talking about just about any savory dish, putting some cheese on top adds substance and flavor. So if you want to experience cheese in a whole new way, why not try learning how to make vegan cheese?

If you're into cooking, it's always fun to learn new recipes.

Also, there are many benefits that come with a vegan diet. Even if you don't want to fully adopt a vegan diet, it's good to try alternatives to meat and dairy once in a while.

If you enjoy coming up with concoctions in the kitchen and have an interest in the vegan diet, you should definitely look into how to make vegan cheese. There are all sorts of different recipes that you can enjoy making and eating!

Quick Navigation
What Is Vegan Cheese?
Why Eat Vegan Cheese?
The benefits of veganism
Vegan cheese can be delicious!
How to Make Vegan Cheese: Different Types
Vegan cheddar
Vegan mozzarella
Vegan Swiss cheese
Vegan cream cheese
Now That You Know You Can Eat Cheese Without Dairy...

What Is Vegan Cheese? 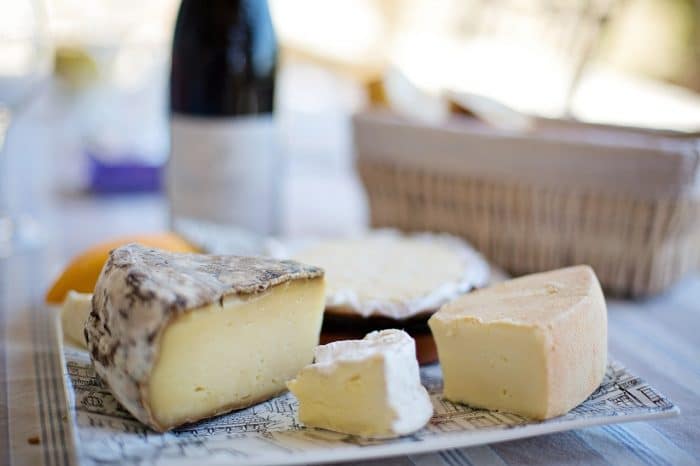 Basically, vegan cheese is a product that is designed to taste like real cheese. However, the mechanisms that make the two are nothing alike.

Real cheeses with dairy are made from casein, which is a type of milk protein that comes from animal milk. During the production of cheese, a group of enzymes, called rennet, are added to the milk. This causes coagulation, also known as curdling, which leads to the end product of cheese.

However, this process has nothing to do with the making of vegan cheese. Protein from different plant sources, lactic bacteria, and emulsifiers or thickeners are usually part of what makes up vegan cheese.

Common ingredients that manufacturers (or creative innovators in their own kitchens!) use to create vegan cheese are soy protein, solidified vegetable oil, nutritional yeast, agar, different types of nuts, and tapioca flour.

Right now, you might be wondering why you should even learn how to make vegan cheese. Why eat vegan cheese when there is perfectly good regular cheese all over the place?

The benefits of veganism

If you have friends who are vegans, it's pretty likely that they've told you all about the benefits of the vegan diet. You might think this is just a fad, but in truth, there are many benefits that come with adopting a vegan diet.

Many people who have cut out meat and dairy have experienced a variety of health benefits. You should also consider the primary drive behind veganism, which is based on a refusal to support the mistreatment of animals in the meat and dairy industries.

Of course, if you don't want to become a vegan, you shouldn't have to. However, even taking a small step in that direction could give you a small taste of those benefits. Even if it's something as minor as learning how to make vegan cheese.

In terms of nutrition, there's a variety of benefits that you'll likely experience if you switch to a vegan diet. You might find that you're going in a positive direction just by learning how to make vegan cheese, in fact.

Because switching to veganism means that you are eliminating animal products from your diet, you'll experience the nutrition that comes with plant-based foods. Vegan diets have been shown to be richer in fiber, antioxidants, potassium, folate, magnesium, and certain vitamins. However, keep in mind that this is only the case when it is a well-balanced vegan diet.

Plant-based diets have also been shown to be helpful in terms of weight loss. Studies have shown that vegans tend to be thinner and have lower body mass than non-vegans. Vegan diets are also thought to be capable of reducing pain associated with arthritis.

Veganism has also been shown to improve kidney function and lower blood sugar levels. It is correlated with a lower risk of heart disease as well. These diets are thought to confer protection against certain types of cancer, such as breast cancer.

The main reason why most people become vegan is that they don't approve of the animal cruelty that takes place in the meat and dairy industries.

Obviously, in order for people to eat meat, animals have to die. And for dairy products to be produced, animals must be used.

As if these simple facts are not bad enough, animals are actually treated terribly in the meat and dairy industries. We won't go into it here, but the fact of the matter is that many of the practices in these industries are extremely inhumane.

Obviously, adopting a vegan diet makes it so that you do not support any part of what is happening to the animals in those industries.

Vegan cheese can be delicious!

You may think that vegan alternatives to your favorite foods can't be all that good. Even if vegans swear by them, there's really nothing like the real thing, right?

Of course, most of the time, the vegan alternatives aren't going to taste exactly like what you're used to. What you need to remember, though, is that this isn't necessarily a bad thing! Just because it's not exactly the same doesn't mean it can't be just as good in its own way.

If you want to explore more vegan options, it would definitely be worthwhile to look into how to make vegan cheese. You can see just how delicious the vegan alternatives to your favorite cheeses are and potentially open yourself up to a whole new world of delectable vegan dining!

Whatever types of cheese you like, you can likely whip up a vegan alternative. Here are just a few of the options you can explore to add flavor to your kitchen! 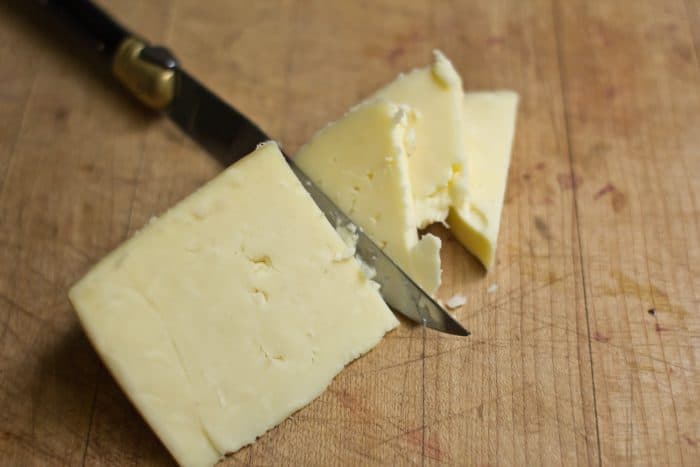 If you want to know how to make vegan cheese, why not start with vegan cheddar? Cheddar is likely the most popular type of cheese out there, so it only makes sense that we would start with the vegan alternative for this favorite.

To make a 21-ounce block of vegan cheddar, you'll need the following ingredients:

Basically, you can use this recipe to create either a basic vegan cheddar or a spicy red pepper vegan cheddar (if you choose to use the optional ingredients). If you want to tweak the recipe, you can take the liberty to do so.

Just make sure that you leave in the cashews and agar agar powder, as these are essential!

You'll need a blender, saucepan, and a dish of whatever shape you choose (for the mold of your vegan cheese!) sprayed with non-stick spray. 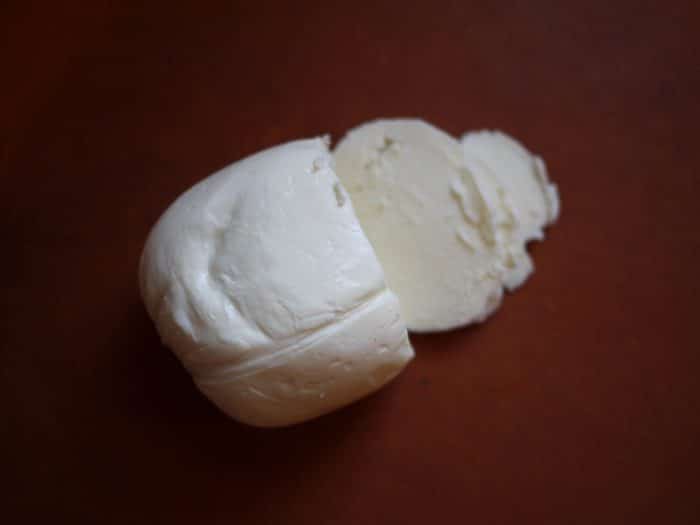 You probably know that you'd be hard-pressed to find someone who doesn't like mozzarella cheese. After all, it's one of the staple ingredients of most pizzas.

If you want to try a delicious vegan alternative to mozzarella cheese, you'll be happy to know this is definitely an option. When you're learning how to make vegan cheese, you'd be depriving yourself if you left vegan mozzarella out.

Before you start putting the ingredients together, you'll need a heat safe dish that can hold at least three cups of volume.

That will be your cheese mold, and you should set it aside before starting. 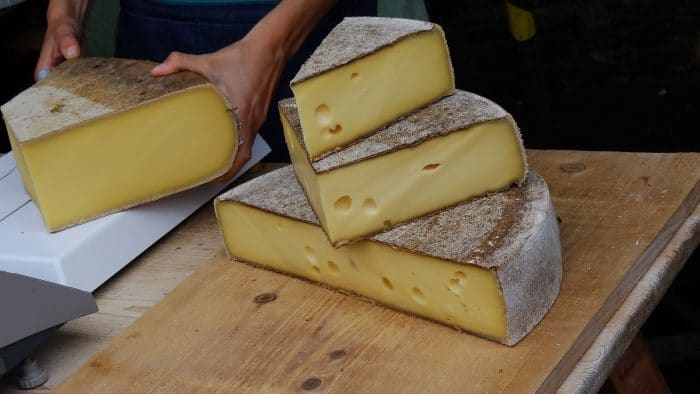 Swiss cheese is very distinctive. First of all, it has that firm, mild taste that makes it very different from other cheeses. Second of all, it's full of holes, giving it a trademark look that separates it from all the other cheeses as well.

Believe it or not, you can make your very own vegan Swiss cheese. It'll be delicious, too.

Obviously, it's not going to be the same as real Swiss cheese. Real Swiss cheese actually naturally has those holes because the bacteria necessary for the process releases carbon dioxide and creates air pockets within the cheese while it's made. With this vegan Swiss cheese, you'll actually have to use a straw or apple corer to make the holes.

However, that doesn't mean it is any less worth making or worth eating! If you want to learn how to make vegan cheese, this is definitely a worthwhile part of this education.

This recipe for vegan swiss cheese is easy and only requires a few ingredients. You'll just need the following: 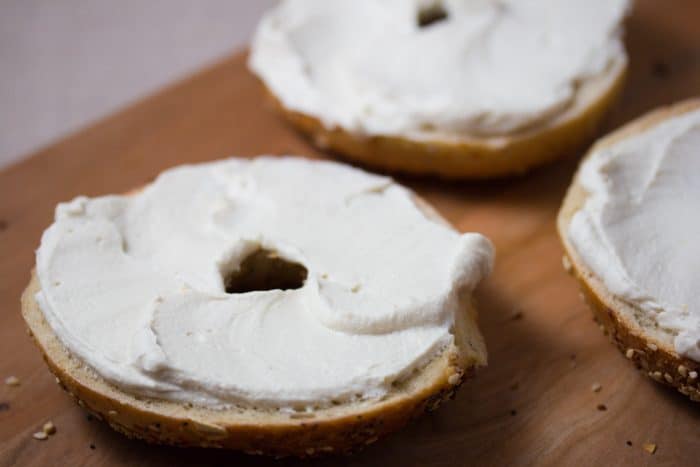 Like most people, you probably don't think of cream cheese as cheese. Even though it is technically in the same family, you think of it is something that you spread onto a bagel rather than put on top of a ham sandwich.

If you're interested in learning how to make vegan cheese, you probably don't want to leave cream cheese out!

This is an easy recipe and shouldn't take more than 5 to 10 minutes. However, you will need a food processor, or at the very least a high powered blender.

Or if you like sweeter cream cheeses, you can use maple syrup, honey, or fruits. Get creative!

NOW THAT YOU KNOW YOU CAN EAT CHEESE WITHOUT DAIRY...

You probably want to test out all your new knowledge on how to make vegan cheese! And you should keep in mind that these are not the only types of vegan cheese that you can make. If your favorite isn't one of the ones that we mentioned, you can look up how to make vegan Gorgonzola, Camembert, brie, et cetera.

It's always fun to learn how to do new things in the kitchen. This is particularly true when good results come of your efforts. Once you see just how delicious this vegan cheese is, you'll want to try these recipes again, perhaps along with new recipes for vegan cheese in addition.

No matter what, you can feel good about yourself trying these recipes out. You'll know that you're creating something delicious, and you're being friendly to the animals while you're doing it. You're also circumventing all of the negative health effects that come with consuming dairy.

What do you think of everything you've just learned about how to make vegan cheese? Let us know by leaving a comment!

Samuel Warde
Previous Post: « Is Chocolate Vegan? A Definitive Answer on Everyone’s Favorite Sweet
Next Post: The 10 Best Vegan Blogs To Keep You Up To Date On The Ethical Lifestyle »