Homegrown Smoker is a vegan BBQ restaurant in Portland, OR that makes their own smoked , which they call “shmeats.” We’ve been itching to try Homegrown Smoker for a long time, and now that we live nearby, we finally got around to it and we were not disappointed. Keep reading to find out what we ate and what we thought of it… 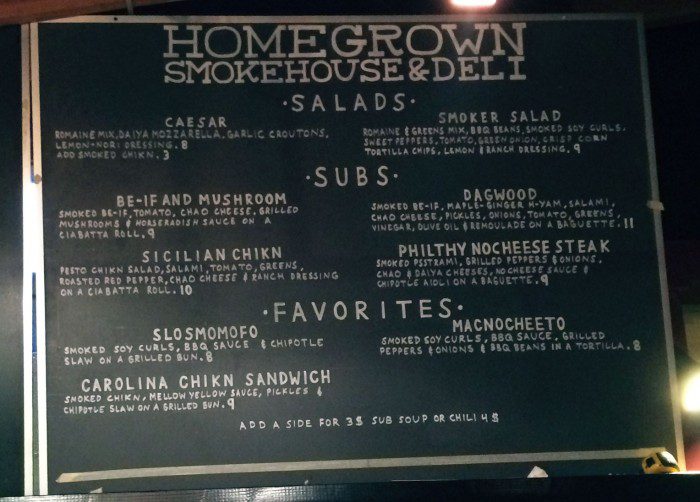 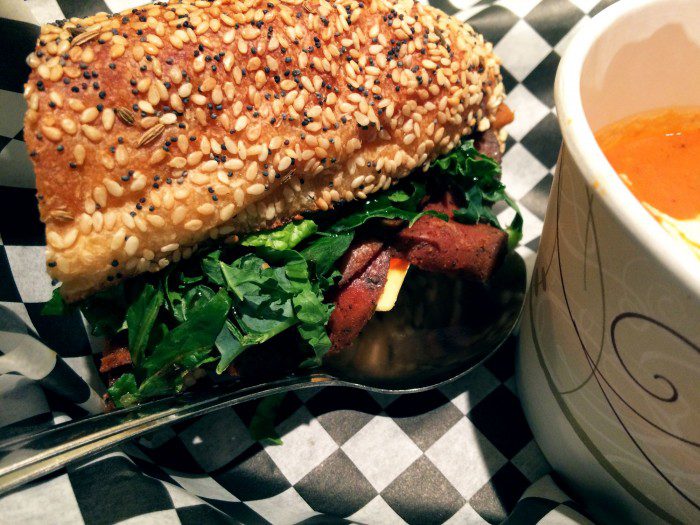 After staring at the menu for a brief moment, we both exclaimed, “I’m going to get the ‘Dagwood!'” It was obvious we both had our hearts set on the same sandwich, so we decided to split it and each get a bowl of soup on side. The ‘Dagwood’ is a submarine-style sandwich that consists of smoked “be-if,” maple ginger “h-yam,” salami, Chao cheese, pickles, onions, tomatoes, greens, vinegar, olive oil, and remoulade served on a hearty baguette.

The flavor of the sandwich, particularly the “shmeats,” was out of this world. It sincerely was one of the best sandwiches I’ve ever had a restaurant or deli. Taryn also praised the ‘Dagwood,’ and we both confessed being tempted to eat another one despite being completely full and satisfied. Every component of the sandwich, from the bread right down to the lettuce, was top notch. The only thing that in our opinion would have made the sandwich just a little bit better was if it was lightly toasted – we firmly stand by the belief that every sandwich is better toasted. That being said, the ‘Dagwood’ was basically a perfect sandwich; one I could eat over and over again without growing tired of it. 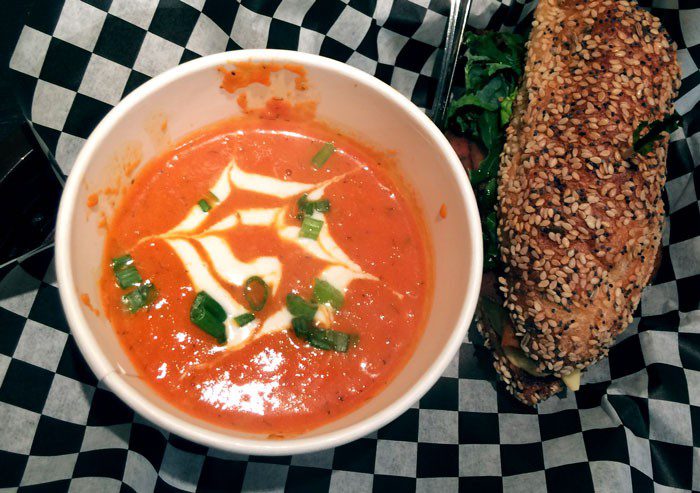 In addition to our sandwich, we each had a bowl of tomato soup. I can’t say the soup was as good as the sandwich, but it was still really damn good. This was not your typically, canned tomato soup. This was a chunky, homemade soup with a rich and creamy flavor. It was the perfect side, especially on a cold and rainy afternoon. 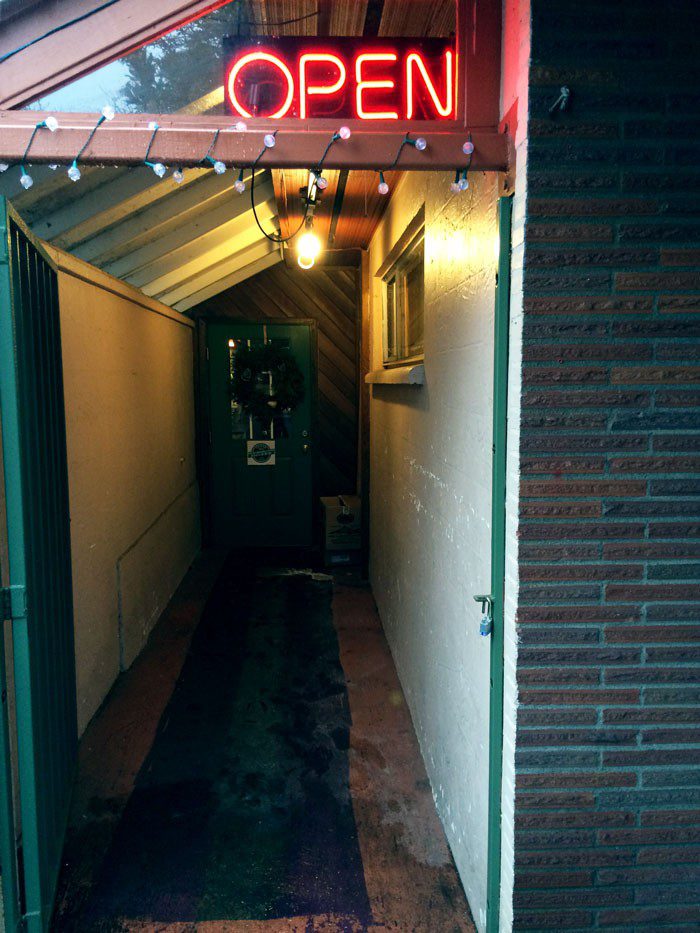 The atmosphere in Homegrown Smoker is quiet, casual, and relaxed. It’s the king of place you might want to read a book while you take you lunch break. It’s a small place, too, so if you plan on going with a large group of people, you may want to call ahead.

All together our total was $16, which isn’t bad for two people, especially considering the quality of the food. We’ve spent more than that on two mediocre burritos in the past, so I thought the price was pretty reasonable. We definitely saved a good bit of money by sharing, though. Our total would have been almost twice as much if we each got our own sandwich. If you want to get the best bargain, you should definitely go with a friend and share a few items.

Of course we recommend Homegrown Smoker! If you live in the Portland metro area, or you’re just visiting, you should definitely give them a try. Scroll down to see some more pics from our lunch there. 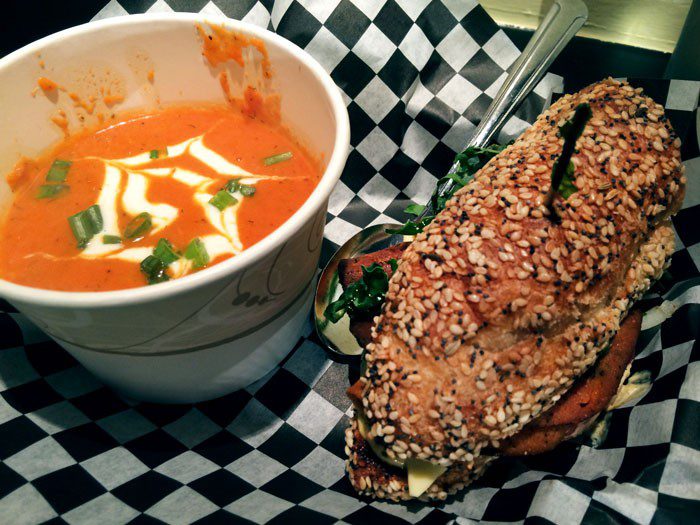 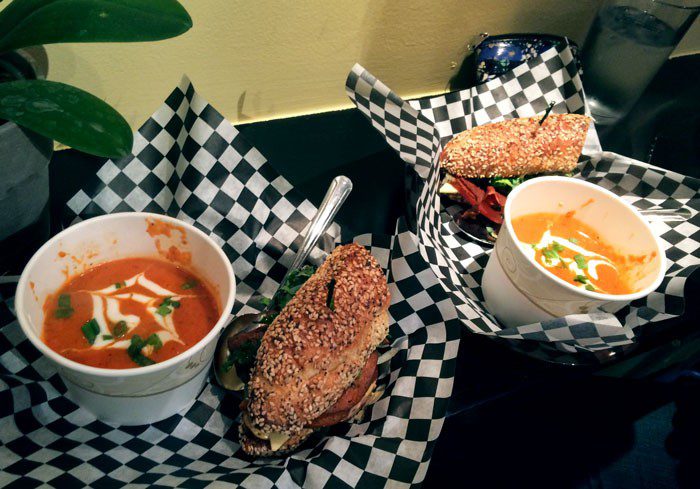 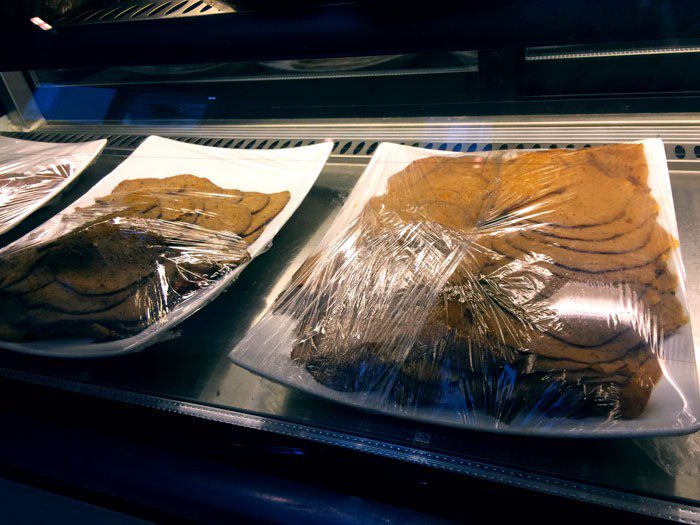