For the past few weeks, we’ve been coming up with recipes for the holidays, and judging by how fast we tore through this cheesecake, it must’ve been one of our favorites. A few months back, we made a cashew cheesecake that turned out quite nice, so we figured let’s spice that with eggnog seasonings and give it a gingersnap crust. After all, it’s pretty hard to go wrong with cheesecake, eggnog, and gingersnaps… To no surprise, the combination of the three was excellent. We should have at least made two of these cakes because the whole thing was gone in under 24 hours – and there’s only two of us! 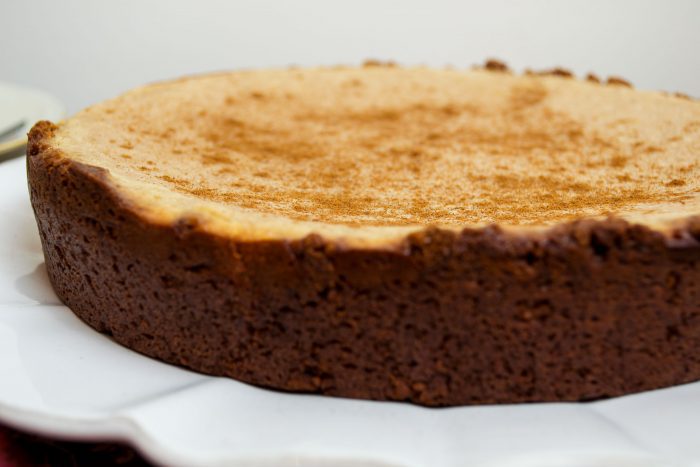 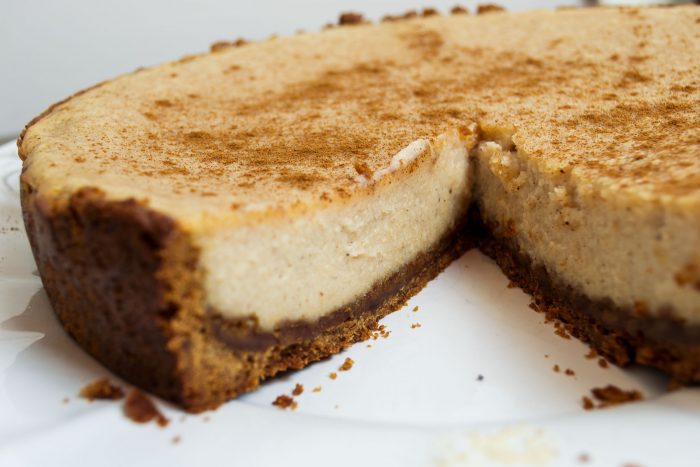 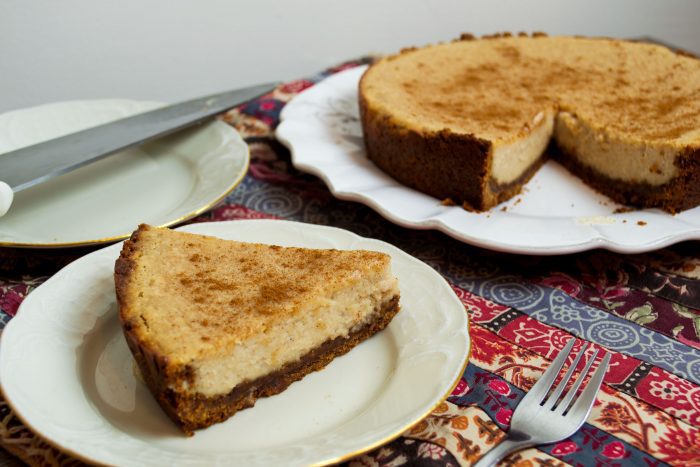 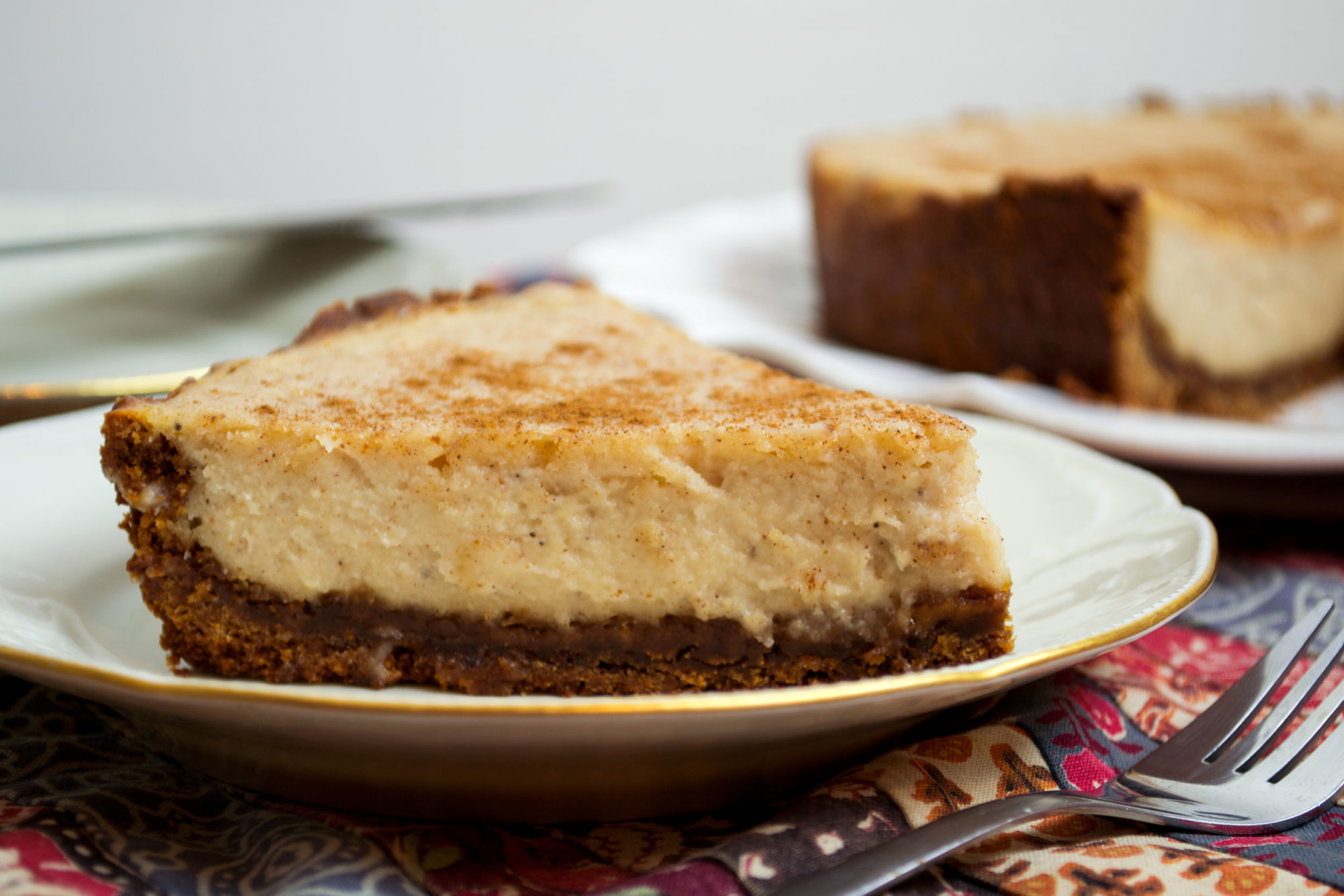 A holiday inspired spiced eggnog cheesecake with a sprinkling of cinnamon.

This cake tastes best after it has been chilled in the fridge for a few hours.