There’s nothing I love more than a good masala, the spice mixture that creates the foundation for a curry. A lot of bloggers have done walnut-meat tacos, so I wanted mine to be a little different. I realized taco seasoning uses many of the same spices that go into curries, and we’re no stranger to curry tacos, so I thought I’d jazz up my walnut-meat with some extra spices that you typically don’t see in a taco recipe. The results were phenomenal! These tacos had a great, moreish flavor. 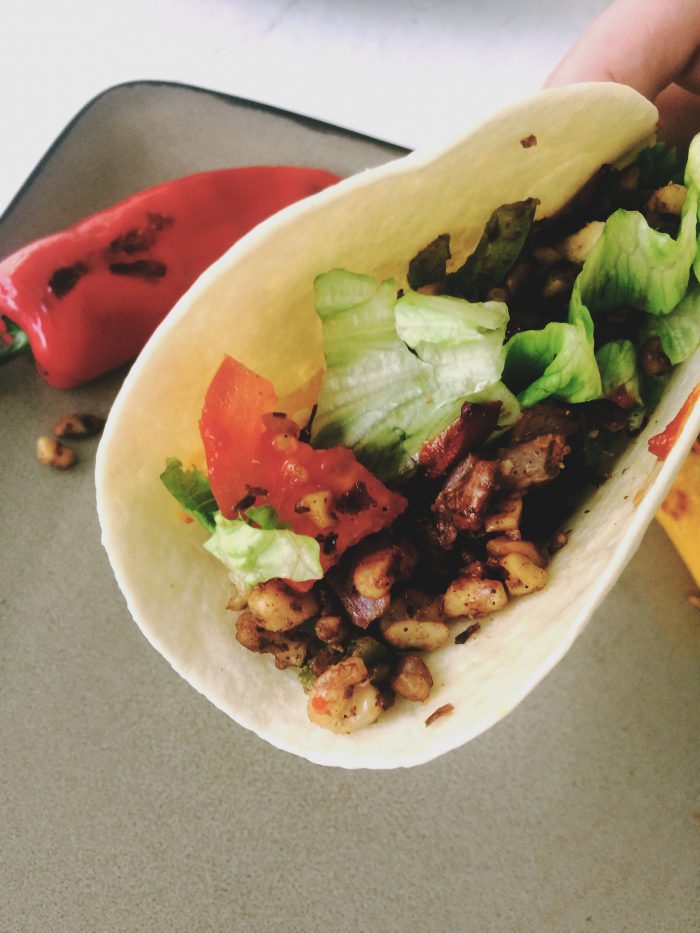 I think I really nailed the masala. I couldn’t be any happier with how the flavor of the tacos turned out. Even though these are curry spices, many of them are also used in taco seasoning, so the filling still tastes very much like tacos; it’s not like biting into an Indian stew. The subtle hints of cinnamon and ginger are what really give these tacos their unique flavor, and it works perfectly with the spiciness and earthiness of the other ingredients. It gives the tacos a faint sweetness that you can’t quite put your finger on if you don’t know what’s in them. 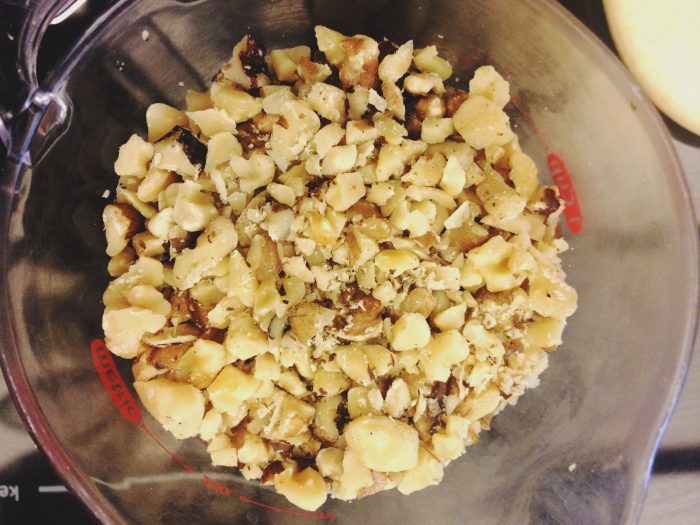 I decided to go with chunky bits of walnuts instead of finely minced. It was an arbitrary decision. I just figured, “let’s try it like this and see how it turns out.” Here’s the big difference: mincing the walnuts in a food processor gives them the same shape and appearance as taco meat; however, leaving them chunky makes them a more substantial filling that requires less additional toppings to pad out the taco. I think the chunky version worked out well for my soft shell tortillas. If I was doing hard shell tacos, though, I would prefer the minced version, because it would be easier to put in the shells and it wouldn’t be as likely to fall out. All in all, I think it comes down to a matter of preference and the kind of taco you’re trying to make. 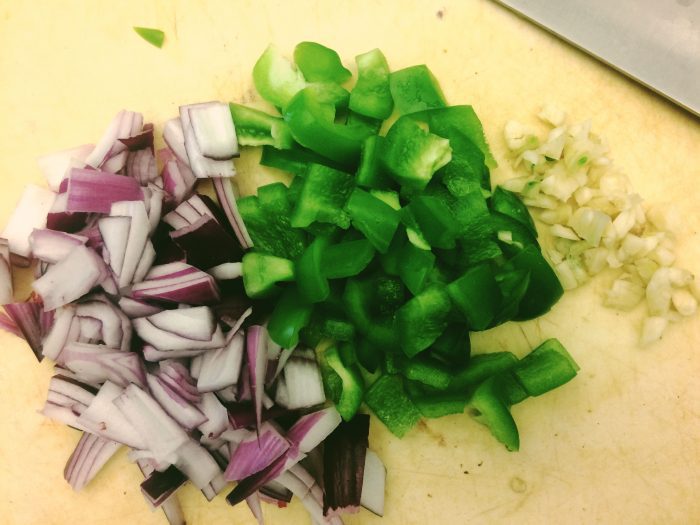 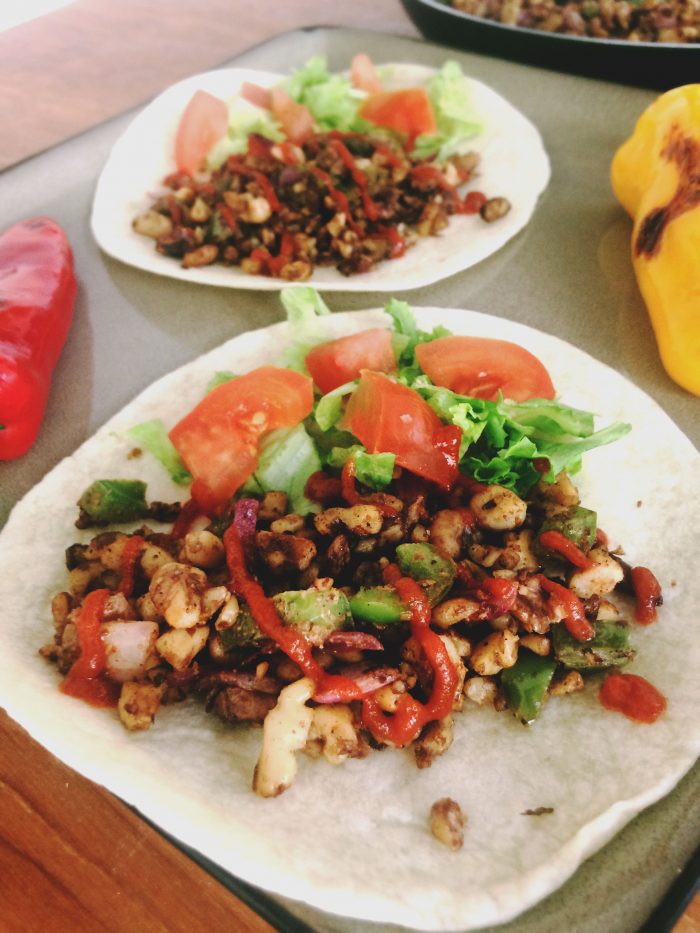 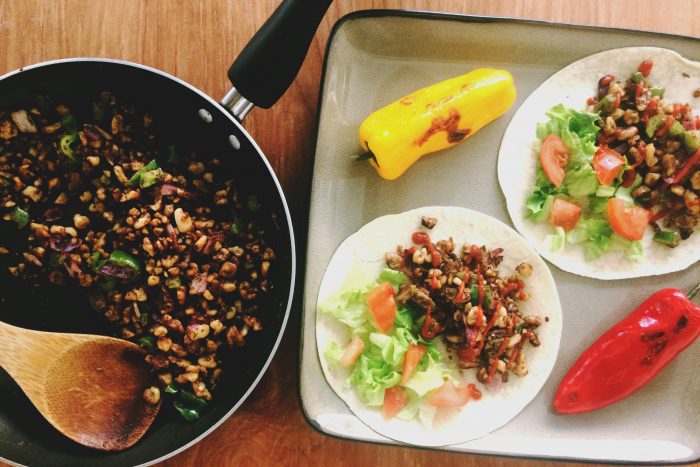 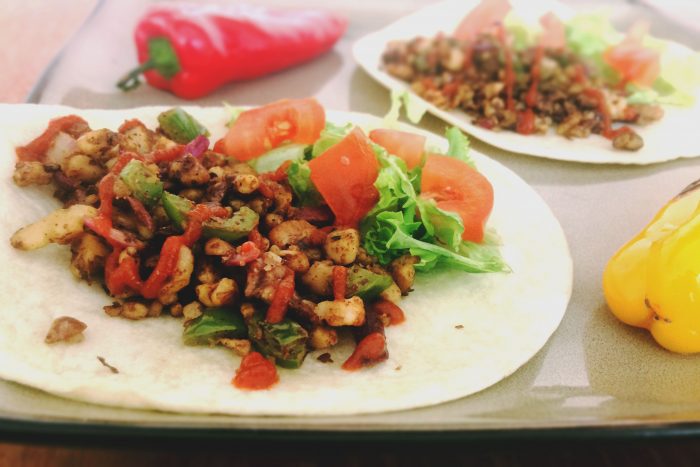 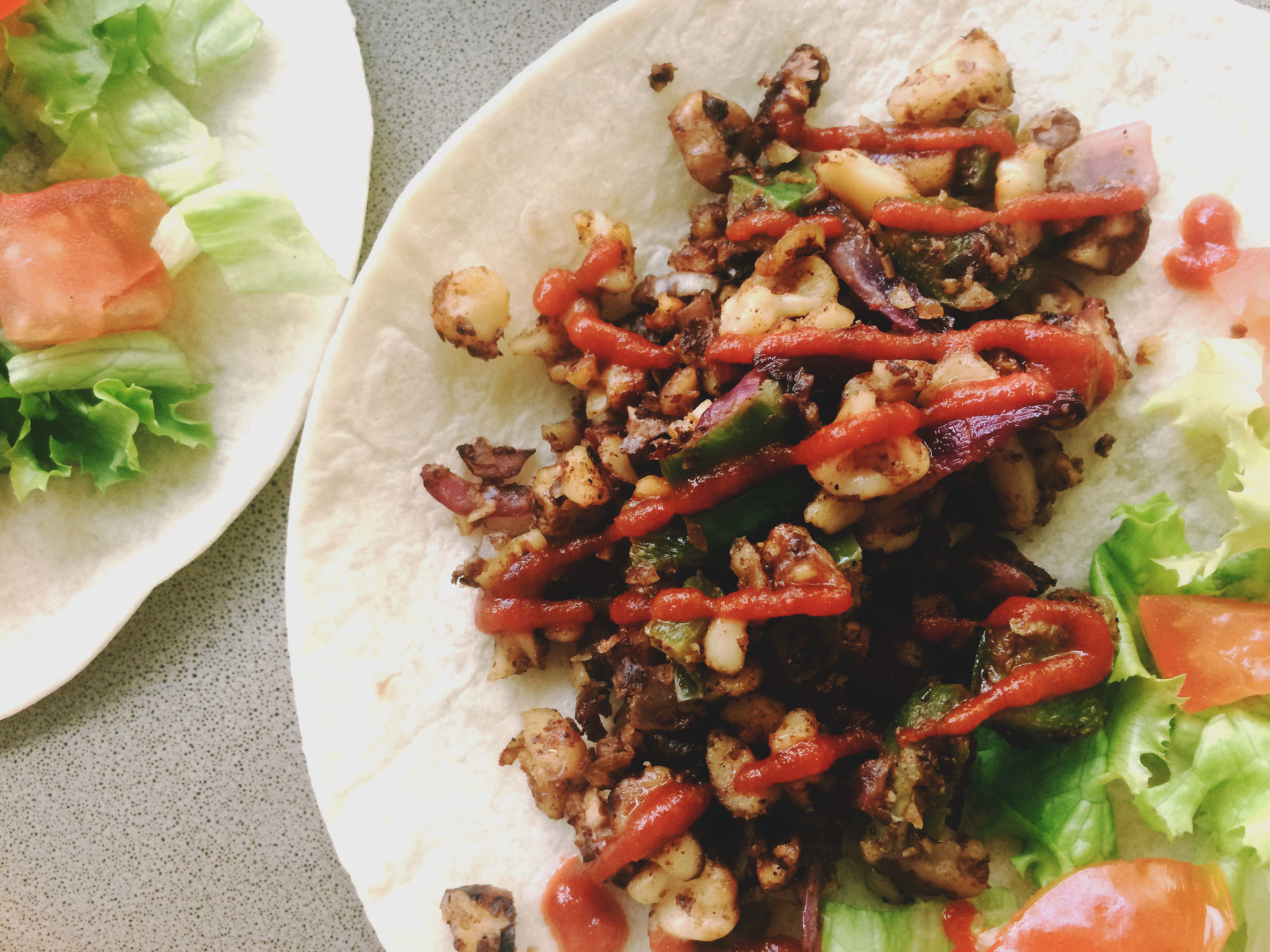 If you want your walnut-meat to resemble ground beef, pulse it a few times in a food processor until it is minced into fine pieces.