What’s better than a baked potato? A twice-baked potato, of course! I have no idea who invented twice-baked potatoes, but that person was/is a genius. Thank you, whoever you are. It’s not uncommon for twice-baked potatoes to be stuffed or topped with meat and cheese, so we wanted to do our own vegan take on that, hence these “cheesy” potatoes with “bacon” bits. The cheese is made from nutritional yeast, and the bacon bits are tiny flakes of texturized vegetable protein.

These potatoes make a great appetizer or side dish, but we actually ate them for dinner the other night because they were quite filling and satisfying. If you want to jazz them up even more, you can top them off with a dollop of vegan sour cream and some chives. I ate mine that way with a splash of hot sauce and a squirt of lime, and it was awesome! Either way, these potatoes blow away ordinary baked potatoes. No contest. 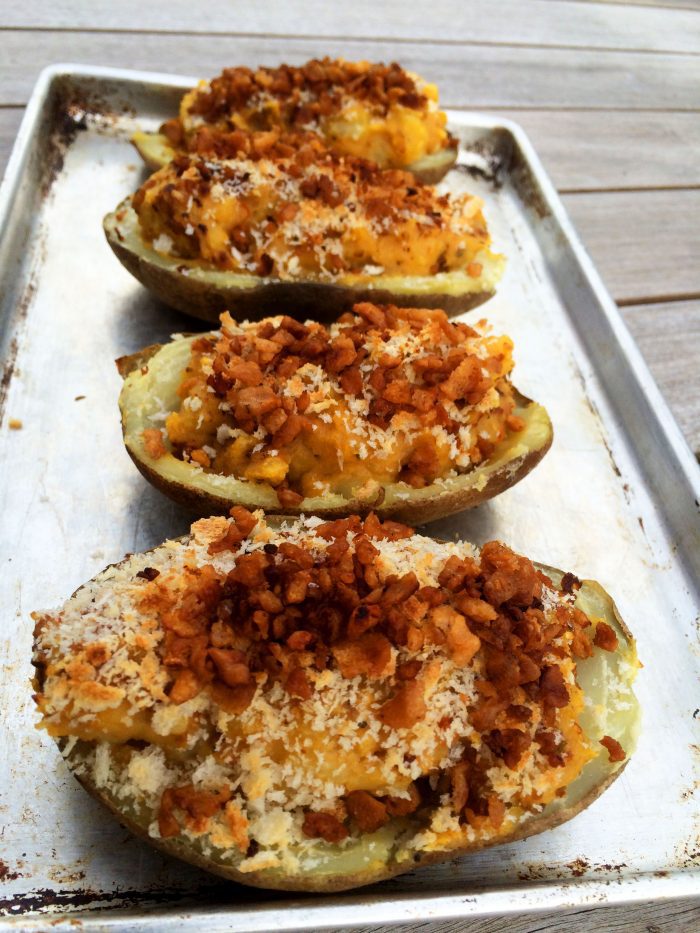 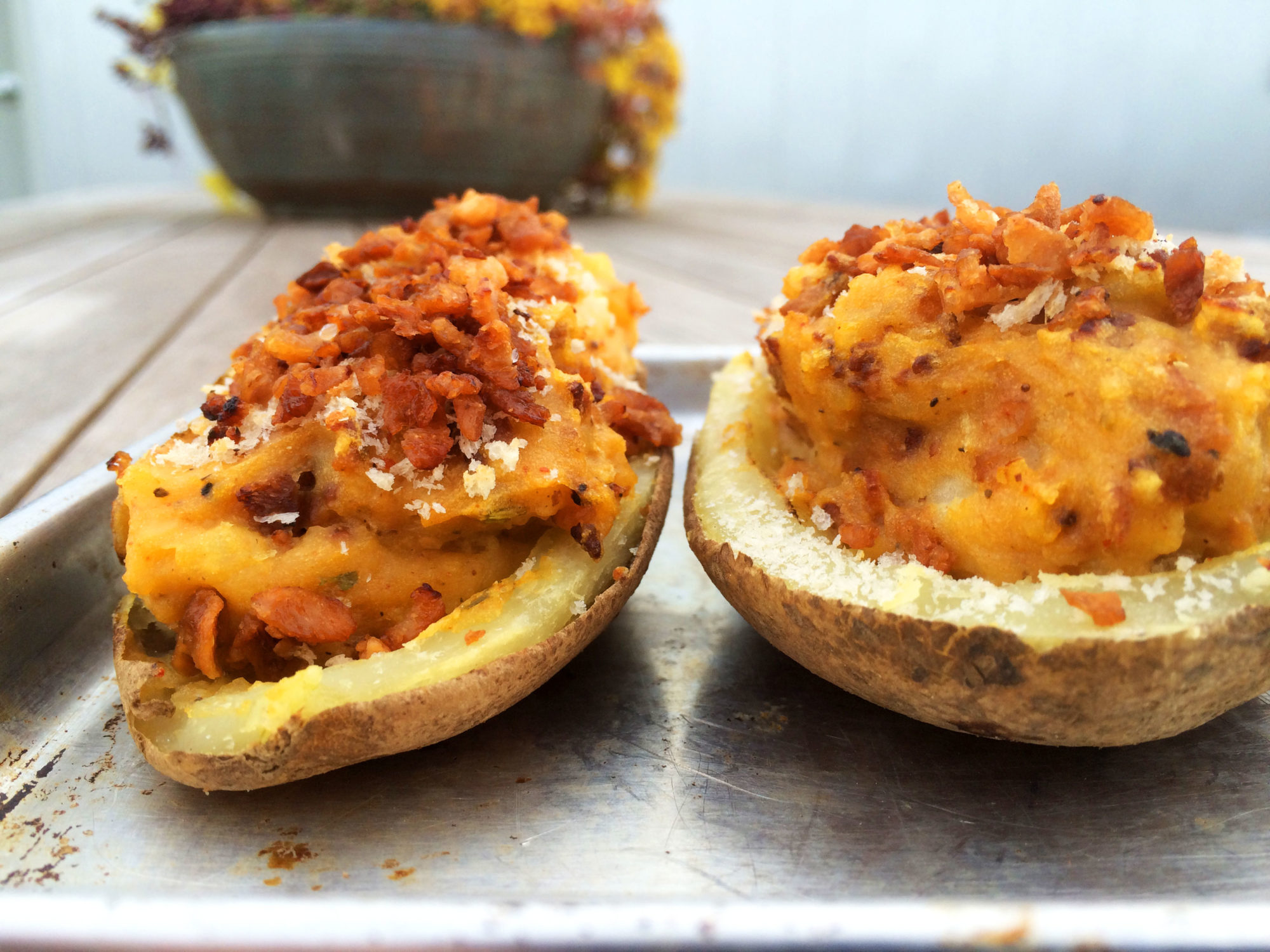