I have a feeling that once you try these caramelized roasted potatoes, you won’t want them any other way ever again. These were hands down the best roasted potatoes I have ever made. Maybe even the best potatoes I have ever made, period. As you can probably tell, I’m very proud of the way this dish turned out. I think it’s going to make a great side dish for the holidays – or any time – and hopefully steal the show. Not to mention its health advantages because of its low-calorie content (77 calories) according to Potato Goodness, caramelized roasted potatoes are a nice go-to option for an everyday snack. I know you will love it like how I love my vegan nachos and I really suggest that you should try it out.

The potatoes came out slightly crispy and browned around the edges with a perfectly soft center and a nice caramelized glaze coating the outside. Making them is a bit more work than ordinary roasted potatoes, but it’s well worth the extra effort because these potatoes are at least twice as good as your run-of-the-mill oven roasted spuds. Let us know how the recipe turns out for you in the comments, happy holidays!

You might wanna check out other potato recipes on our websites like Cheesy Twice Baked Potato, Vegan Sausage Potato Soup, and Vegan Sweet Potato Hash Recipe. 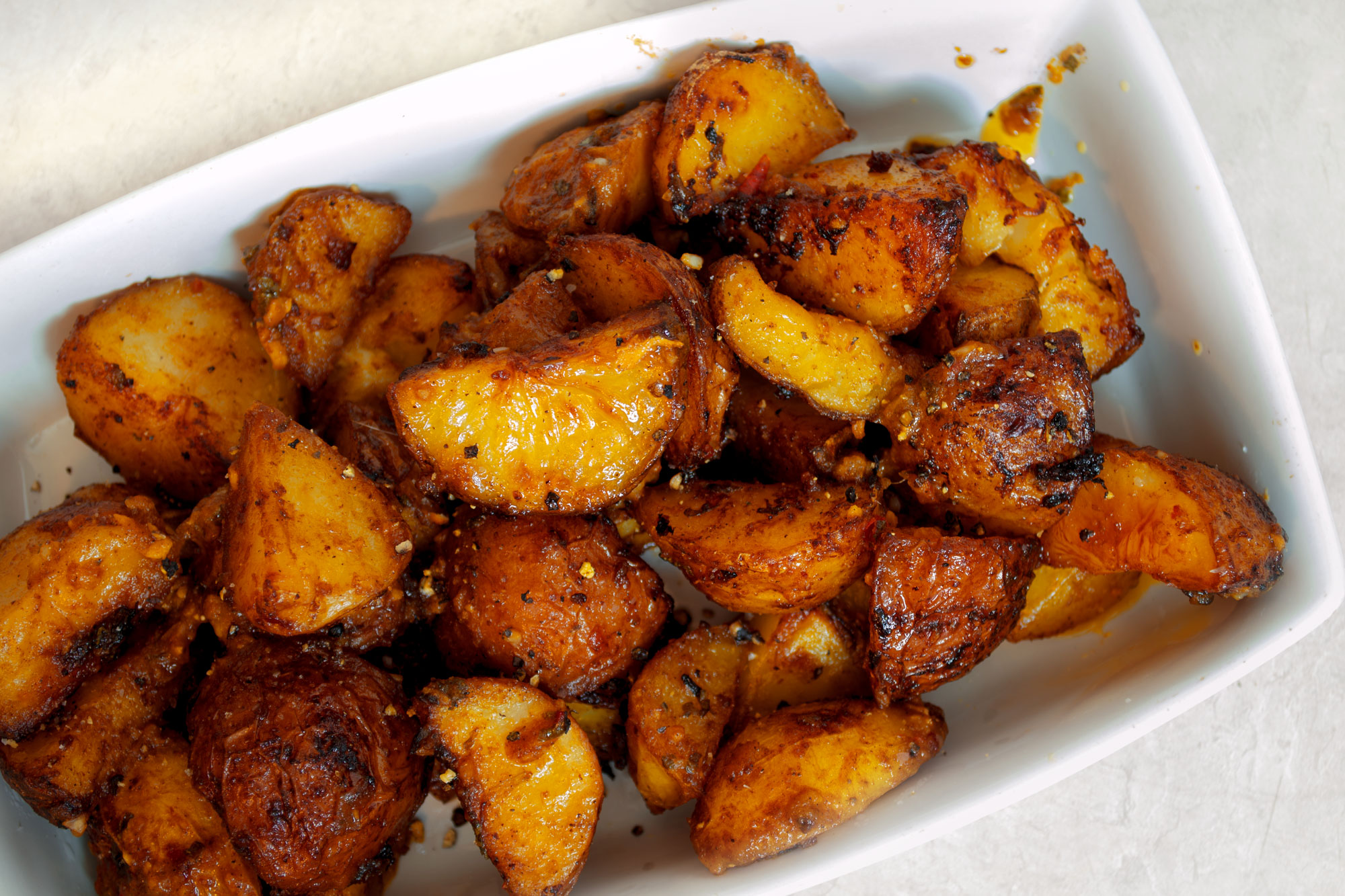 Golden brown oven-roasted potatoes glazed in a tangy caramelized marinade. Slightly crispy on the outside, soft and chewy on the inside.

If you're making this recipe for a large group of people, I would recommend at least doubling, or tripling the amounts. These potatoes go fast!

The fresh marinade is very tangy. So much so, you might think you used too much lime. But after the marinade cooks, the tanginess will subside a great deal – you'll hardly notice it.

Learn more vegan-related topics like cooking vegan dishes tutorials, vegan options on restaurant menus, and information about a certain food if it’s vegan or not, all of them on our website.