I’ve been trying to cook with a lot more spices and herbs lately because they are a great way to add extra nutrition to any meal. This particular recipe was pretty easy and incorporated popular Indian spices, which are known for their healing and restorative properties.For this recipe I used Garam Masala which is a blend of spices originating from India. For the most part Garam Masala is a blend of cinnamon, bay leaves, cumin, coriander, cardamom, black peppercorns, cloves, chili, and nutmeg which are ground together to form a fine powder. There are regional variations of the blend which may include extra ingredients like mace, rosebuds or fennel.

The name Garam Masala translates to “hot spice” and it was developed to warm the body. The blend helps raise body temperature which boosts the metabolism. In Northern India during the cooler winter months, Garam Masala is used to bring warmth to dishes and to warm the body up. It became popular in Britain during the 1800s when large groups of Desi people arrived and brought the spice blend with them. Today Garam Masala is just as popular as ever and can be found at most grocery stores. 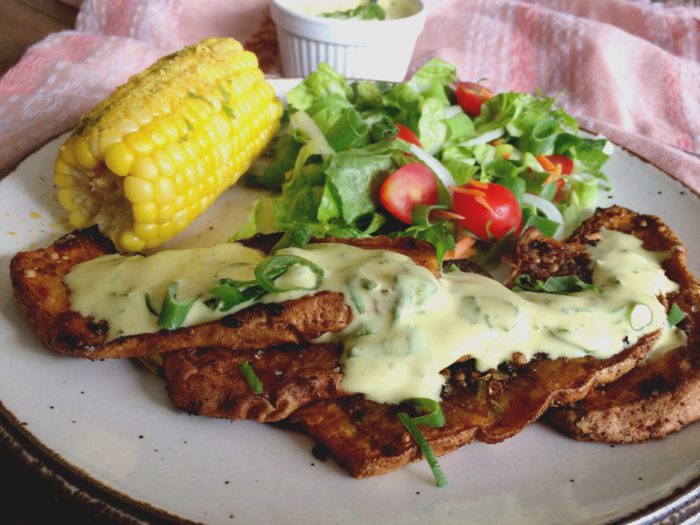 I used extra coriander seeds in this recipe because they are an excellent source of dietary fiber and manganese and also helps to lower cholesterol. Coriander also helps with digestion by promoting healthy liver function and is great for combatting inflammation. It also tastes really delicious and has a deep, unique flavor. I also used cumin seeds in this recipe which are also good for digestion and boosts immunity. Cumin is also good for diabetes patients because it helps regulate blood sugar levels.

The sweetness from the sweet potato balances very nicely with the spices and the cool mint yogurt sauce is a pleasant contrast that brings the whole dish together. Sweet potatoes are also very nutritious as they contain a large amount of vitamins A and C. This is one of the healthier recipes on our website because it contains very little fat and uses mostly whole ingredients. 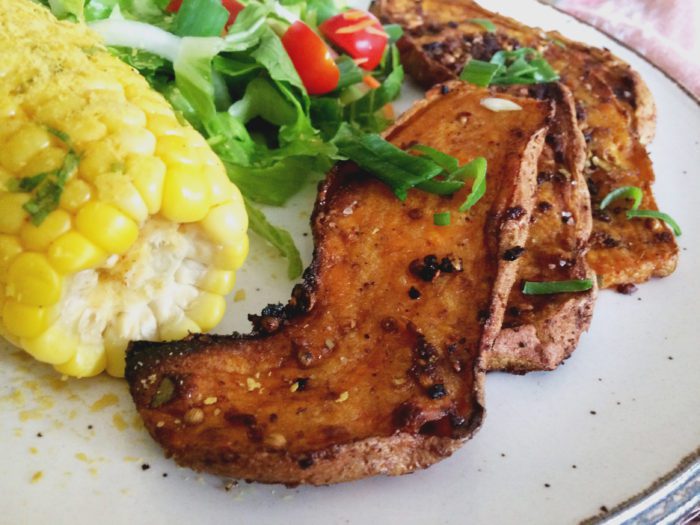 If you try this recipe, let us know in the comments section below how it turns out. 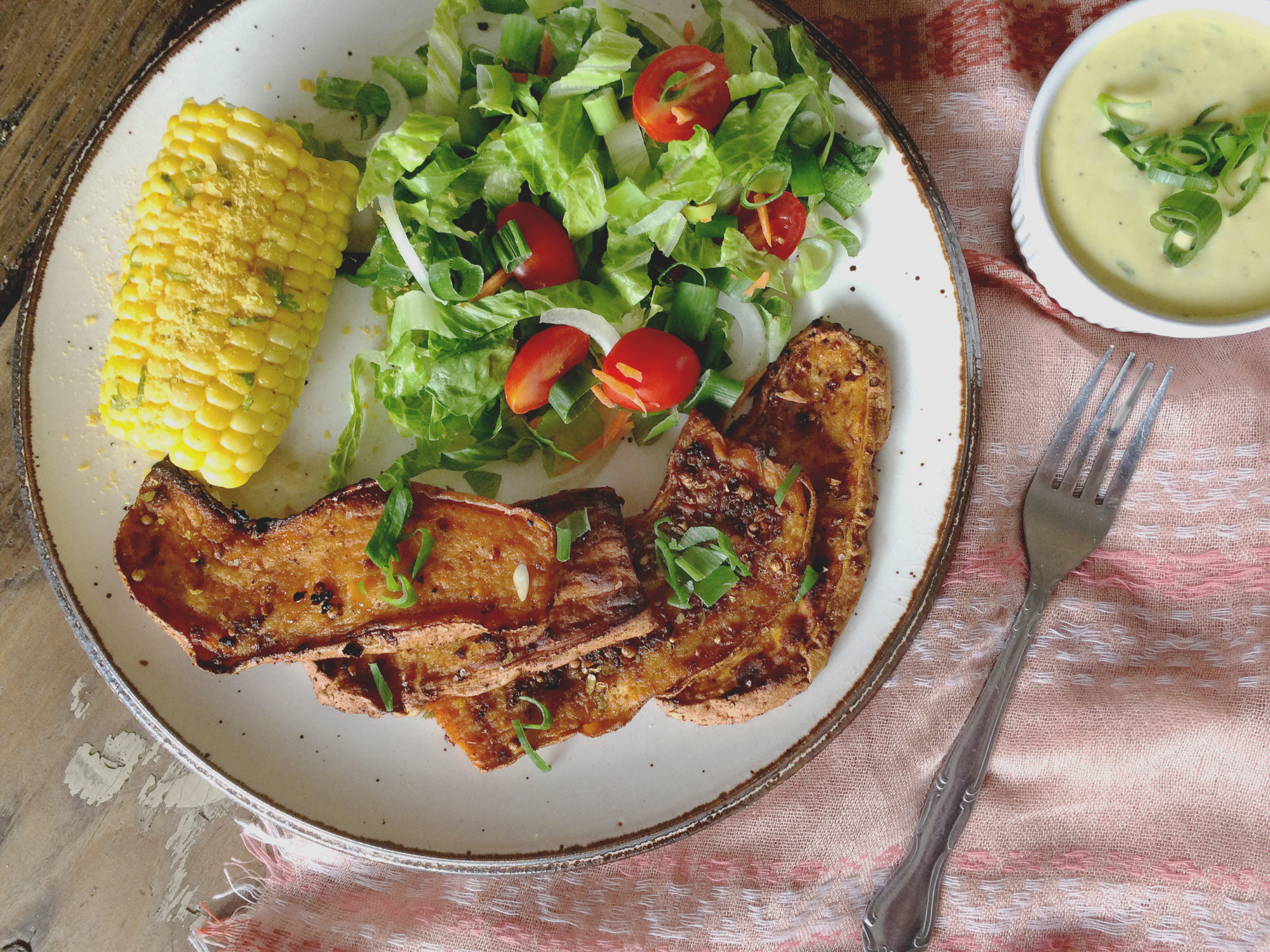 Thick slices of sweet potato baked with a medley of Indian spices and herbs, served with a cooling mint and cilantro yogurt sauce.

For the sweet potatoes
For the yogurt