This soup is one of our favorite recipes to make in the winter. It’s savory, filling, and comforting. It was originally inspired by a non-vegan soup I saw a picture of on Pinterest that used real sausage. We don’t get much snow in our neck of the woods, but when we do, we love to curl up on the couch with a piping hot bowl this hearty soup. 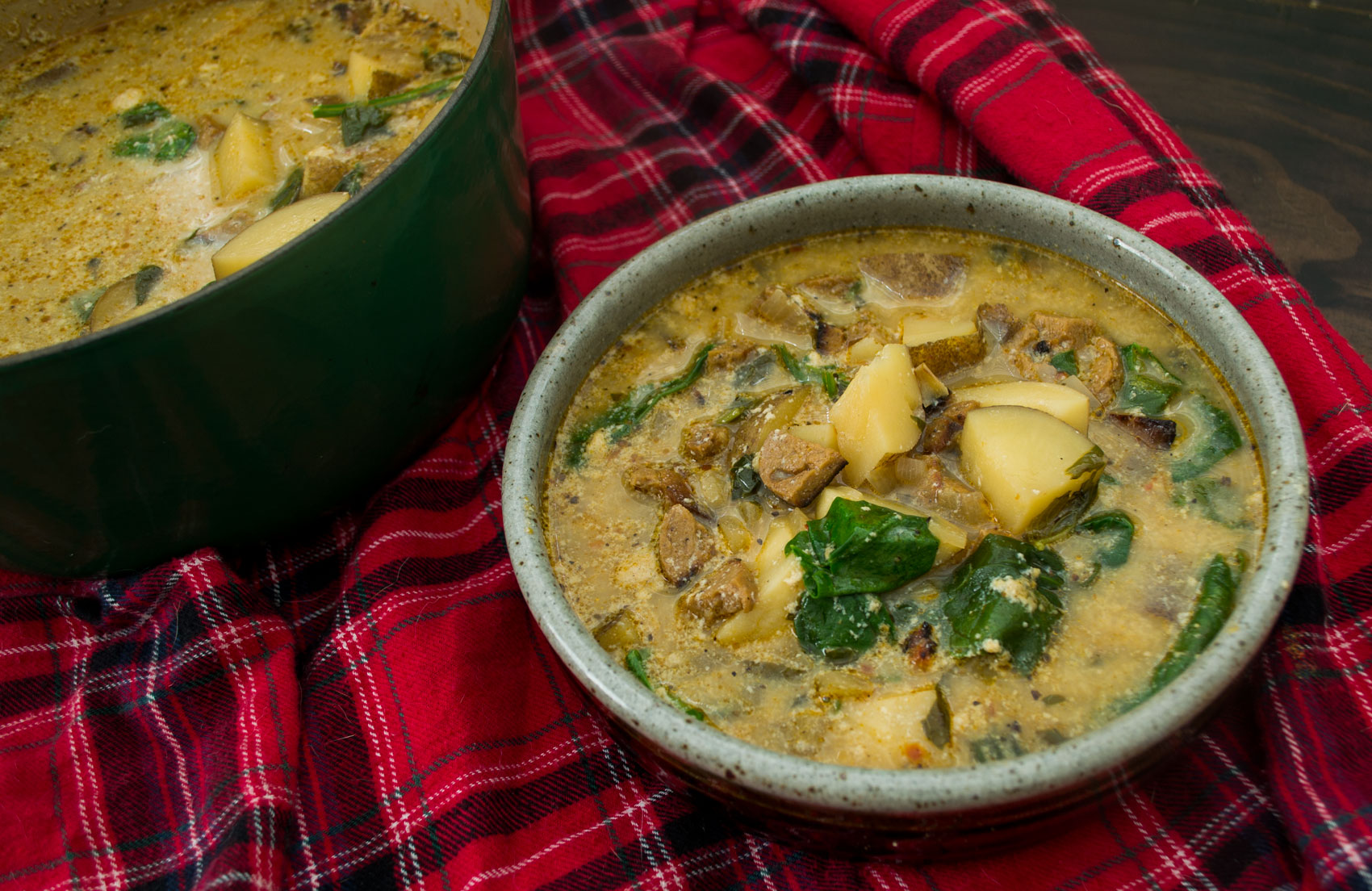