These nachos are fantastic, if I do say so myself. Probably the best nachos I’ve ever had. And they are so easy to make. My main focus when making food is using fresh ingredients that are naturally delicious, and these nachos are covered in fresh, crisp veggies loaded with flavor and spice. I wish I could eat these all the time. Enjoy! 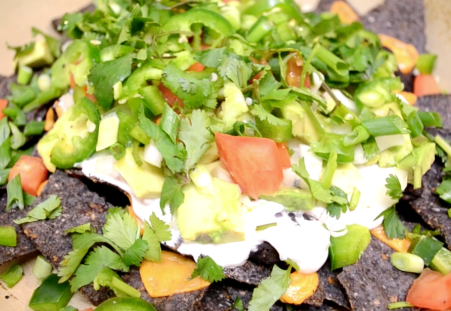