​​Living a vegan lifestyle doesn’t mean giving up all your favorite foods. Many of the foods we enjoyed as kids or adults before we chose to become vegans are not off the menu for good. With some ingenuity and testing, you can reclaim a few favorite dishes and some desserts. We have some great, inexpensive recipes for gelatin alternatives.

JELL-O, arguably one of the most popular gelatin treats, is not vegan-friendly. The gelatin in JELL-O is an animal byproduct. Marshmallows, chewy candy worms, and many jams and jellies contain gelatin made from animals. If you’re living a vegan lifestyle, all these yummy treats are off the menu. Luckily, there is a way to get a tasty gelatin treat back on the list.

Agar-Agar is one of the most popular gelatin substitutes. It's an extract from seaweed that has no color, odor, and practically no taste. If a recipe calls for gelatin, you can substitute agar-agar for gelatin at a one to one ratio with excellent results. It comes in powder, flake, and bar forms, and heat is used to dissolve it instead of water.

Pectin is made from fruit skins and works as a substitute for gelatin. It's a little more challenging to work with than agar-agar because it needs sugar to unlock its thickening properties.

Check the package for exact measurements, but an excellent guide to go by is one package of powdered pectin needs about five cups of sugar to work properly. For us, this added ingredient makes pectin less than ideal for a gelatin substitute, but it will work if you can't find agar-agar. 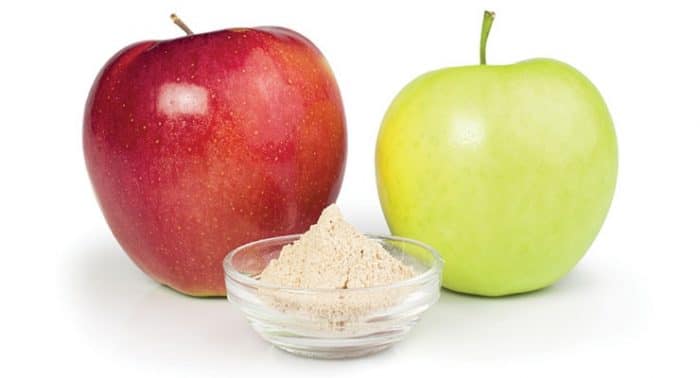 Carrageenan, sometimes called Irish Moss, is another seaweed extract used to replace gelatin. It's used in many vegan versions of famous jams and jellies found in supermarkets.

It's more suited for thickening soups and making pudding than a gelatin substitute because it doesn't set firmly like true gelatin. Some people have reactions to carrageenan such as stomach discomfort. Test it before making a large batch of anything to avoid wasting time and food.

Xanthan gum is made from corn and used in a lot of gluten-free baked products. Ironically, some people experience difficulty digesting xanthan gum. Like carrageenan, test this product in a small batch before committing it to a large dish. If it works ok with your digestive system, you can use it as a thickening agent for soups and puddings. It won’t get firm like real gelatin or agar-agar, but it is an alternative. 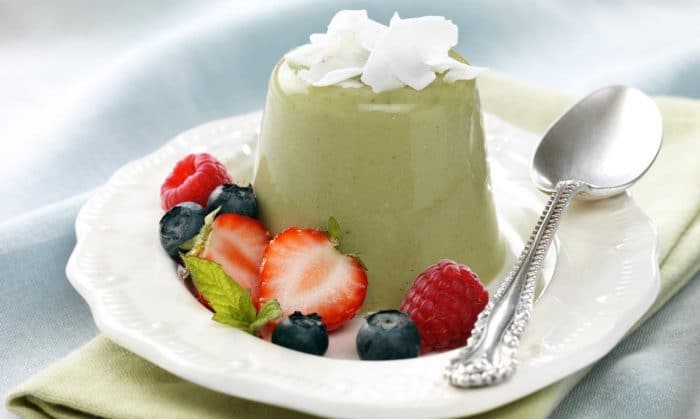 Most of the advice you see online promotes agar-agar as the best gelatin replacement. If your local supermarket doesn’t stock it, check health food stores or the organic section of larger supermarket chains in the area. The most common form you'll find is flakes, but any version of agar-agar works in this recipe. Just adjust for prepping it based on the style you managed to locate.

This recipe takes about five minutes to prepare and yields roughly two cups of dessert. Be extra careful when adding the agar-agar since a slight variation in the amount you add could leave you with a fruity brick instead of a tasty dessert. The recipe calls for 1 ½ teaspoons of agar-agar flakes, but in the powdered form, you need to add ¾ teaspoon.

Add all the ingredients to a pot and slowly bring the mixture to a boil. Be sure you stir it often to keep it from scorching or developing lumps. Once the mixture boils for about two minutes, remove it from the stove and pour your vegan gelatin into bowls to set. It will set at room temperature, but you’ll get better results if you place it in the refrigerator after it cools down a little.

The red fruit juice is more of a suggestion than an actual ingredient. Feel free to try different juices or add real fruit to the mix for bonus tastiness. Adding food coloring improves the look of the dessert if the bland, pink color of the vegan gelatin in this recipe does not appeal to you. The real purpose of this recipe is demonstrating how simple it is to make a vegan version of a favorite treat. 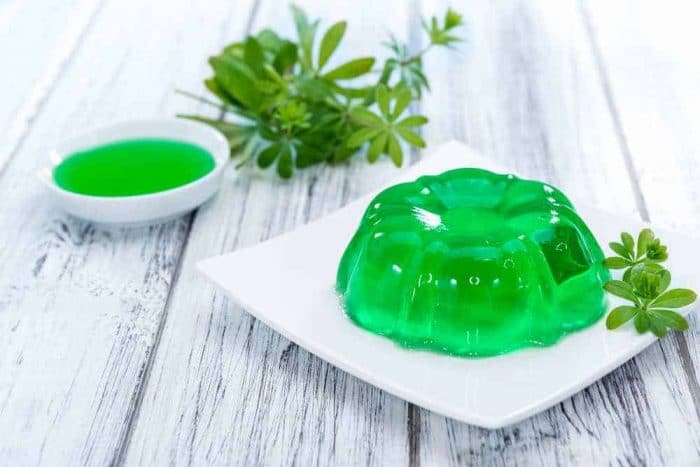 Pomegranate is often an overlooked fruit. It's hard to find fresh pomegranate in some areas plus people don't usually consider it a fruit you eat in any way except raw. The truth is pomegranate is tasty is a number of desserts as a bonus fruit or by itself as the primary flavor. In the spirit of our article, here's a complicated but delicious way to make a vegan pomegranate dessert.

Prep time for this recipe is about 15 to 20 minutes. That’s not terrible for prep time, but you’ll spend the next four hours cooking it. Don’t let that scare you away from this dessert. Once you try this dessert, the prep and cooking times are both worth every second. Like our other vegan gelatin recipes, this one doesn’t require many ingredients either.

Combine one cup of pomegranate juice and the agar-agar flakes in a pot. Slowly bring the mixture to a boil while stirring it often. Let it lightly boil for about 2 minutes then remove it from the stove. Dissolve the tapioca starch in the remaining pomegranate juice and add it to the pot. Stir the ingredients together in the pan until it's mixed well.

Pour the liquid into cups or bowls and refrigerate at least four hours. For best results, leave them in the refrigerator overnight. When you're ready to serve the dessert, add a generous helping of the vegan whipped cream to the top.

Drop some fresh pomegranate on top and enjoy. You can use other juices if pomegranate isn't on your list of favorite fruits. This recipe works with apple juice, grape juice, and cranberry juice. It performs poorly with orange juice, so push that thought out of your head now.

You can use coconut milk to make the vegan whipped cream. Place a can or carton of full-fat coconut milk in the refrigerator for at least eight hours. Pour any coconut milk that remains a liquid into a separate container and store for another recipe.

Put the solid coconut milk, one teaspoon of vanilla extract, and three tablespoons of your favorite sweetener in a mixing bowl. Whip these ingredients until they are fluffy. Use it to top off almost any sweet dessert dish.

Faux Gummy Treats for the Kids 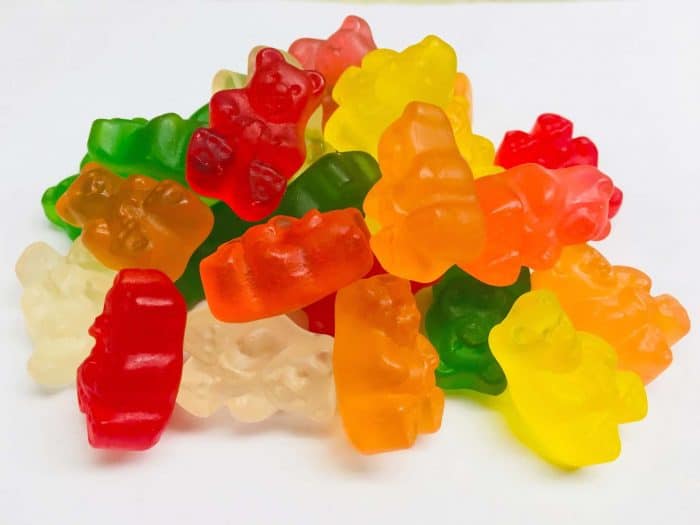 All the popular gummy treats the kids love are made using gelatin that comes from animal by-products. You can make vegan gummy treats in a few minutes for less than the cost of a package of gummy treats using our favorite gelatin substitute agar-agar and almost any fruit juice. Pick up some fun ice cube trays or cookies molds to add extra fun to these tasty treats.

In our example, we use apple juice for flavor and as the sweetener. Combine one cup of apple juice and 1 1/2 teaspoons of agar-agar flakes in a pot. Slowly bring the pot to a boil while stirring often.

Let it boil for about 2 minutes then remove the pot from the stove. Give the liquid five minutes to cool down and pour it into your ice cube trays or cookies molds. Put them in your refrigerator until they are firm enough not to tear when removed from their molds.

These recipes are a great way to stay true to your vegan lifestyle and still enjoy gelatin treats and desserts. If you can’t find the agar-agar we used in these recipes, you can probably find one of the other alternatives we mentioned above.

Check the label for instructions on how to use those products. The recipes will work the same, but the gelatin replacement measurements will change. It may take a few tries to get it right.

There are plenty of fruit juices available at any supermarket to try in these recipes. The only ones we don't recommend are highly acidic juices like orange juice or lemon juice. These juices do not play well with gelatin or gelatin alternatives due to their acidic nature. Almost any other juice will work, and we are sure you'll enjoy testing new flavors.

Thankfully, many of your favorite desserts are not off the menu if you look for alternatives to fit a vegan lifestyle. It takes a little trial and error to get the recipes right, but it isn't impossible. Look through the ingredient list for any desserts you gave up when you became a vegan. Chances are you can turn that dessert into a vegan-friendly dessert with a little research and a few test runs.