The other day, Taryn and I were talking about making French toast, but we wanted to do something different with it than what we’ve done in the past. I suggested making French toast sticks with a yummy dip, and then Taryn came up with the idea to make a lemon curd, and use cardamom, vanilla, and cinnamon as the main spices for the dish. 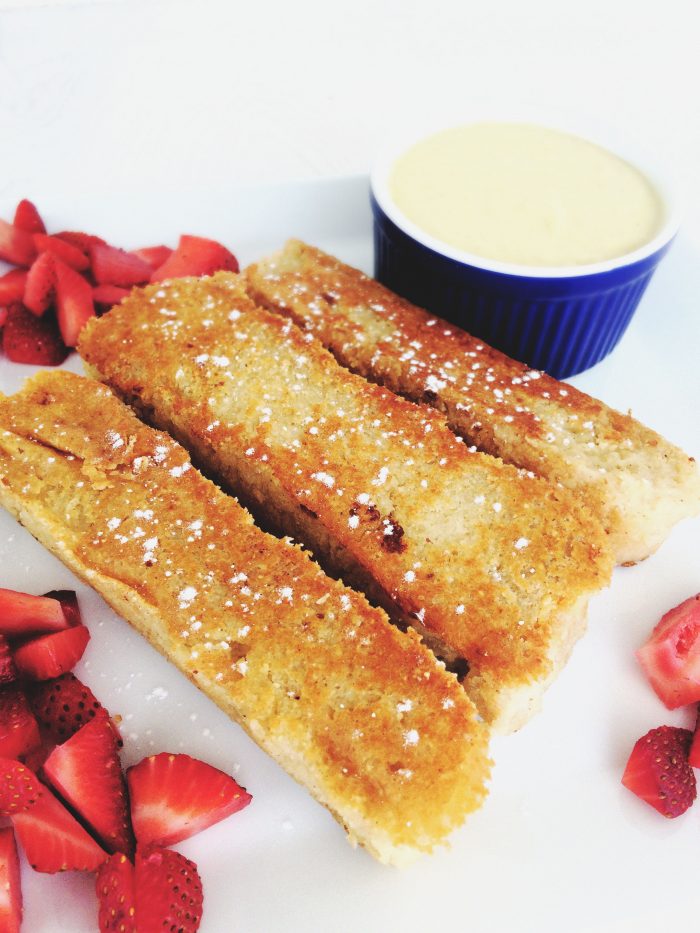 Lemon, vanilla, cardamom, and cinnamon are four flavors that work perfectly together. The flavor of ground cardamom is already reminiscent of lemon and vanilla, which makes it an ideal companion. It also has a way of bringing the lemon and vanilla together in a recipe that makes them taste more harmonious than they would by themselves. And cinnamon, well… cinnamon tastes good on anything sweet. But there is something magical about the way lemon and cinnamon come together to make an extraordinarily delicious flavor combination. 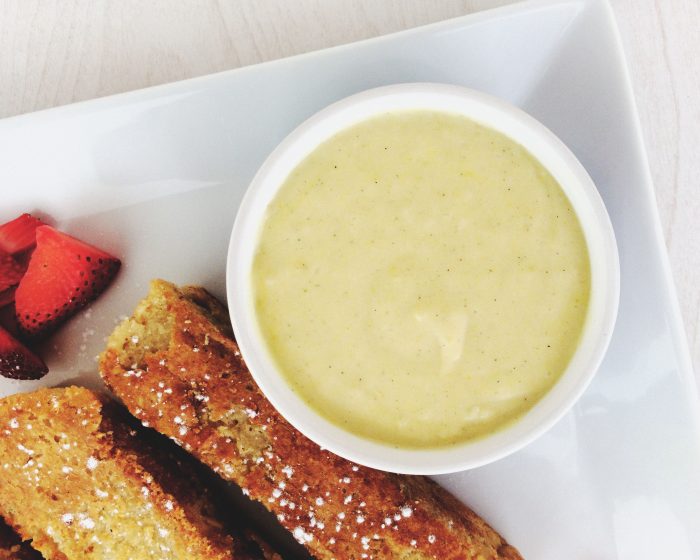 Eating this French toast made us feel like we were having breakfast at a fancy restaurant. We ate it with fresh strawberries outside on our patio, and pretended we were being waited on by a posh French waiter. We hope you give this recipe a try and have as much fun with it as we did! 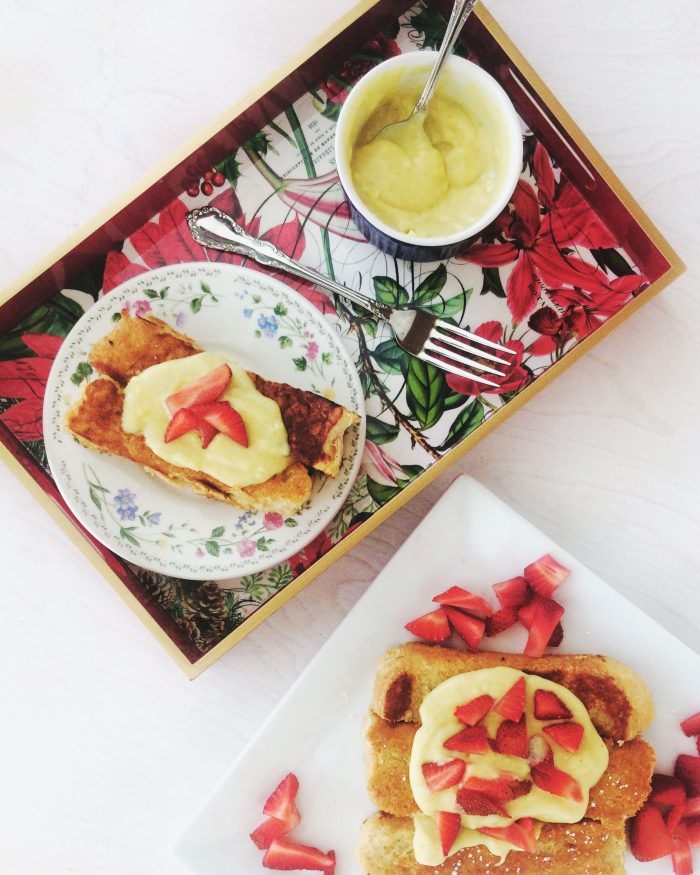 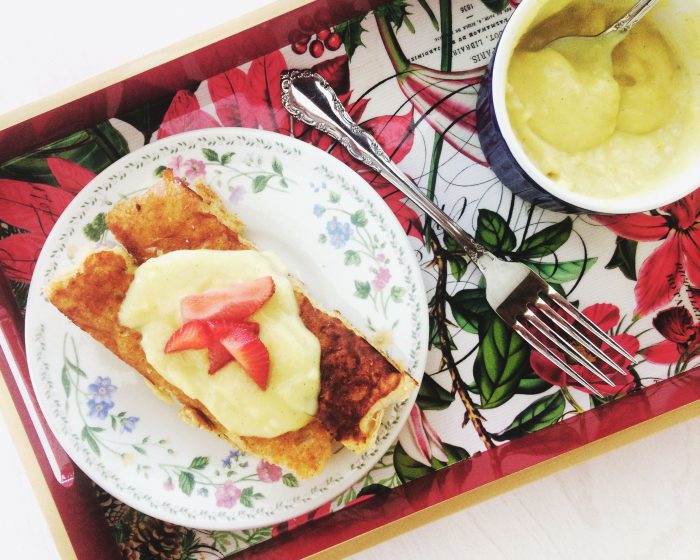 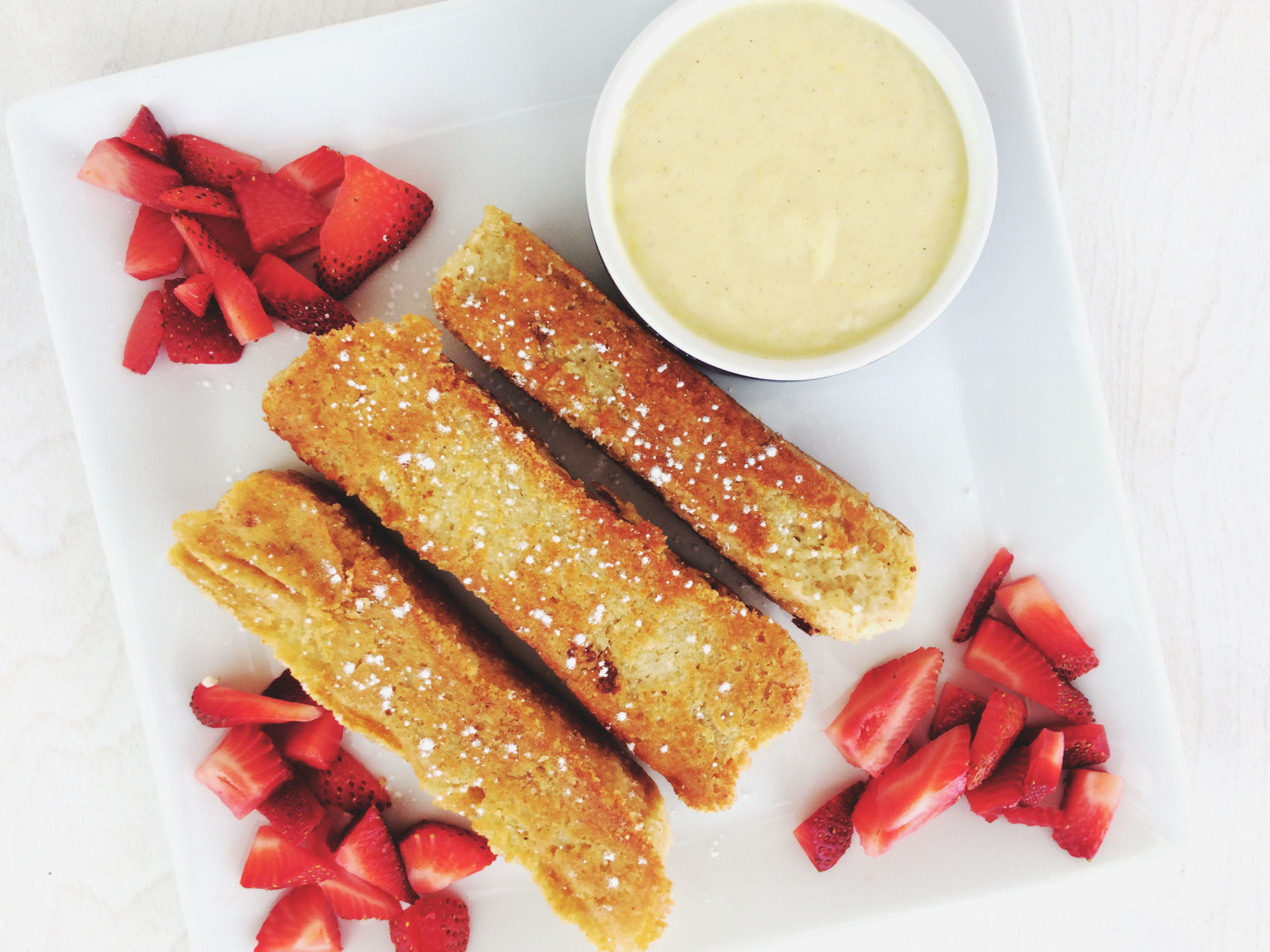 For the French Toast
For the Vanilla Lemon curd

For the French Toast
For the Vanilla Lemon curd

The total yield for this recipe depends on the size of your bread loaf and how big you cut your strips. We made a large loaf of French bread in our bread machine but only used about half of it. The strips were roughly 1"x5". This recipe makes enough coating and lemon curd for at least 12 strips that size.

Special thanks to Gourmet Nuts and Dried Fruit for providing the cashews for this recipe!