Update: We went back to Blue Star and had their purple-frosted doughnuts – I called them “Homer Simpson doughnuts.” They were awesome! Even better than the Orange Olive Oil.

The other day we went to Blue Star Doughnuts on Hawthorne Blvd. in southeast Portland, OR, and we had the best vegan doughnuts we’ve ever tried. They had the perfect texture… they were a little crispy on the outside but super moist on the inside. Honestly, just writing about them is making me crave another one.

Unfortunately, at the time we visited Blue Star, they only had one kind of vegan doughnut available. The flavor was “Orange Olive Oil Cake,” and man, were we doubtful. I mean, honestly, does that flavor sound that appetizing, or does it sound a little weird? Well, we were totally wrong, and I’m so glad we were basically forced into trying, because again, it was literally one of the best doughnuts we ever had.

It was essentially a plain doughnut with powdered sugar, but it also had the subtlest orange flavor to. I’d definitely like to try more flavors of their vegan doughnuts, but even if that was the only one, I would be perfectly content. 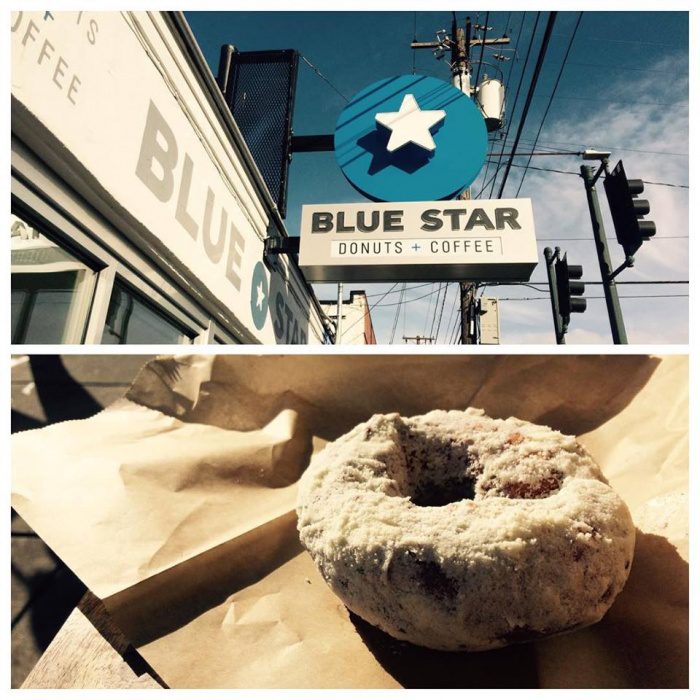