This post is going to be both a recipe and a review. We’ve been dying to get our hands on The Beyond Burger, and it finally happened over the weekend. This is what we came up with and what we thought of it… 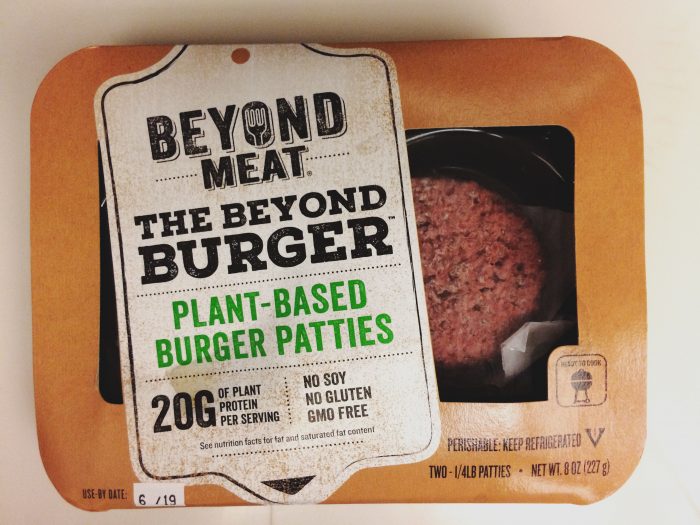 When I was a kid, my favorite fast food burger was a Cheese Champ from Checkers. Okay, okay… it was a double with bacon. Anyways, there was something about a Champ burger – even without cheese and bacon – that just made it taste better than other fast food burgers. To this day, I’m not exactly sure what it is; I simply chalk it up to the exact combination of ingredients and the way the burger is prepared. 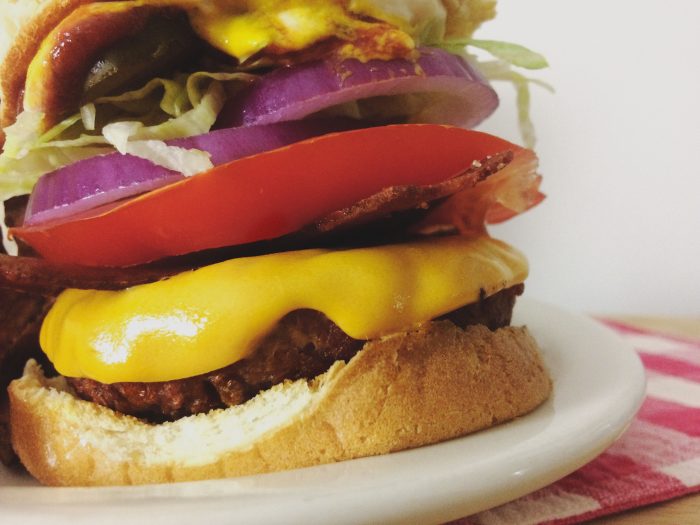 Of course, I can’t mention Checkers without mention their signature seasoned fries. As soon as we decided we were going to copy a Champ burger, we knew we would have to do the fries, as well. A Champ burger without the matching fries would be sad and lonely. We did our research, got to work in the kitchen, and cranked out a stunning facsimile! Okay, so on to the review… 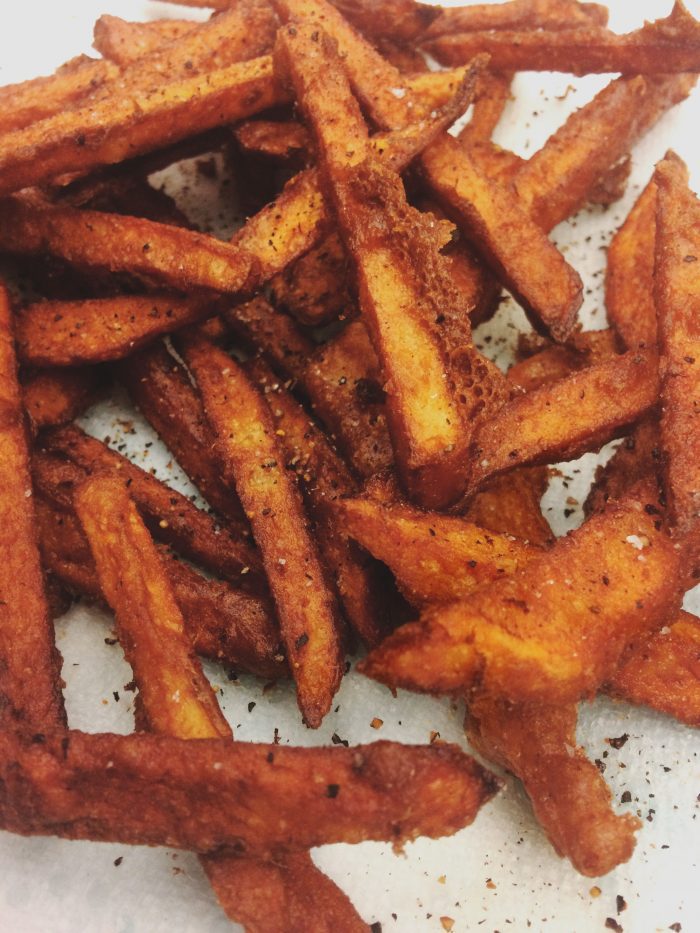 All I can say is: holy s**t!!! This tasted exactly how I remember it! The Beyond Burger is definitely the meatiest veggie burger we’ve ever had, hands down. At first, we were both a little bit nervous to bite in because it looks – and to some degree even smelled – so real, but it tasted so good, the weirdness of the realism quickly subsided. That being said, although this tasted very much like a real hamburger – the closest I’ve ever had – the fat did not taste like animal fat, and I think that made all the difference. If it had that certain quality real lard has, and it was convincing, I think that would have grossed out me out. It also didn’t “bleed,” and I think I am thankful for that, too. I’m glad to report it was all the good flavors without any of the gross stuff. 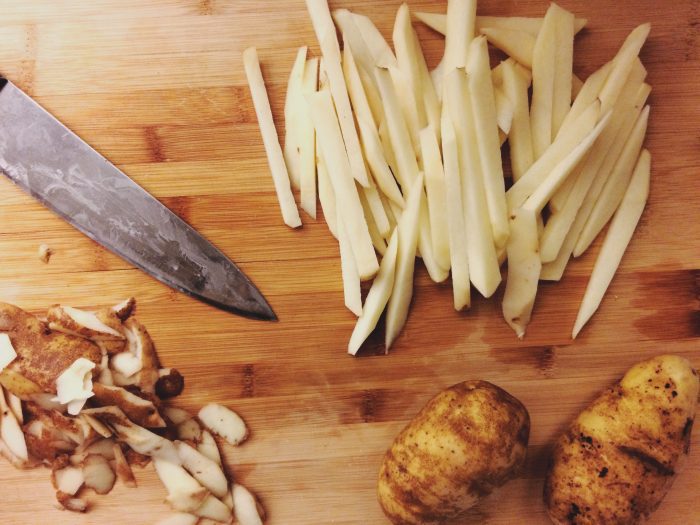 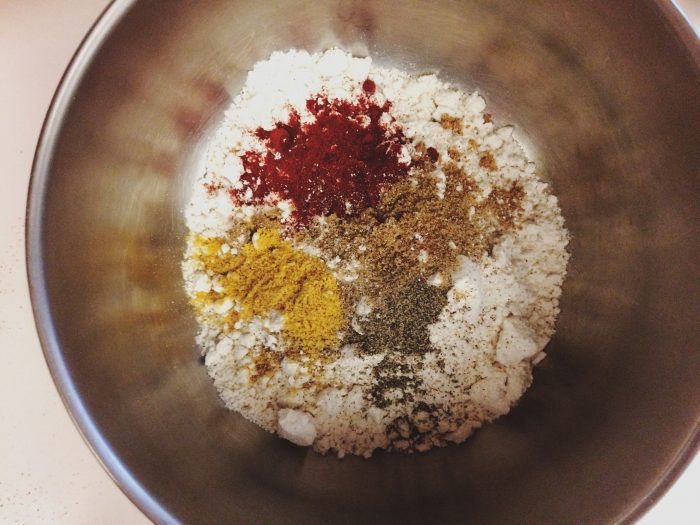 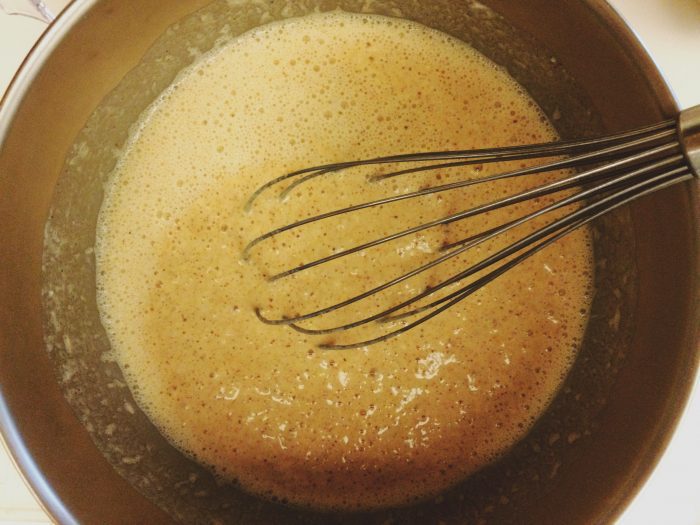 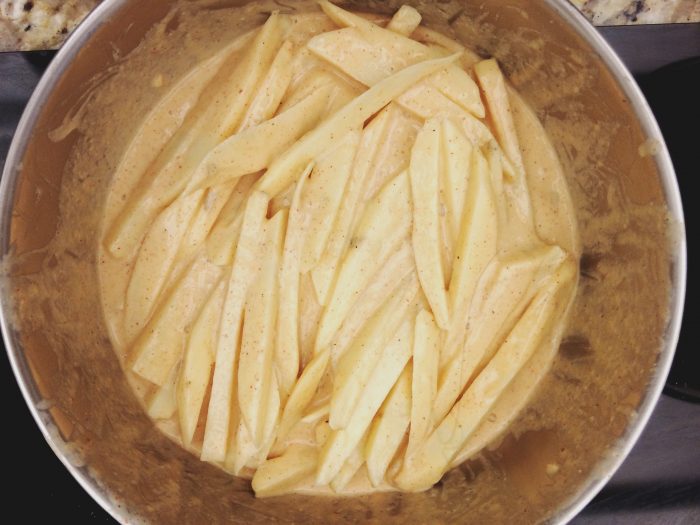 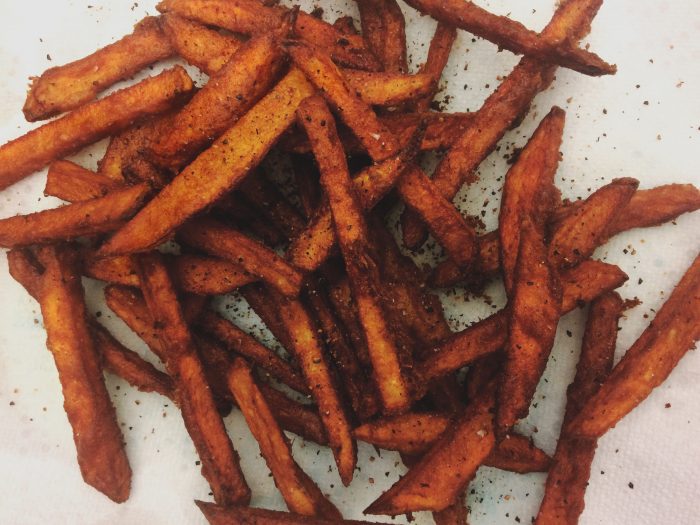 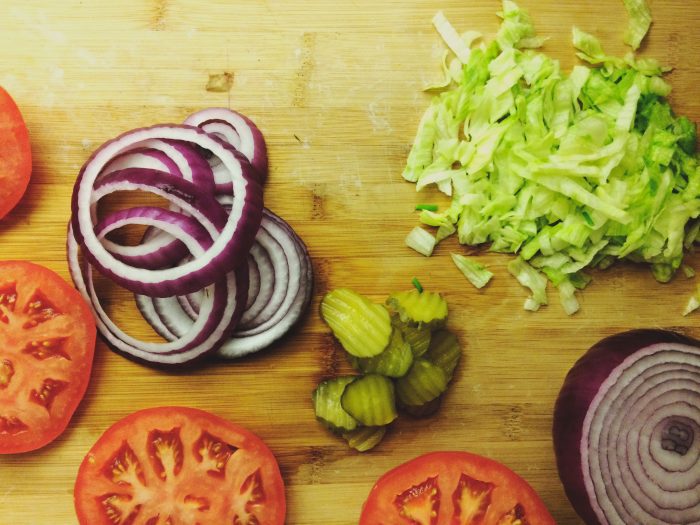 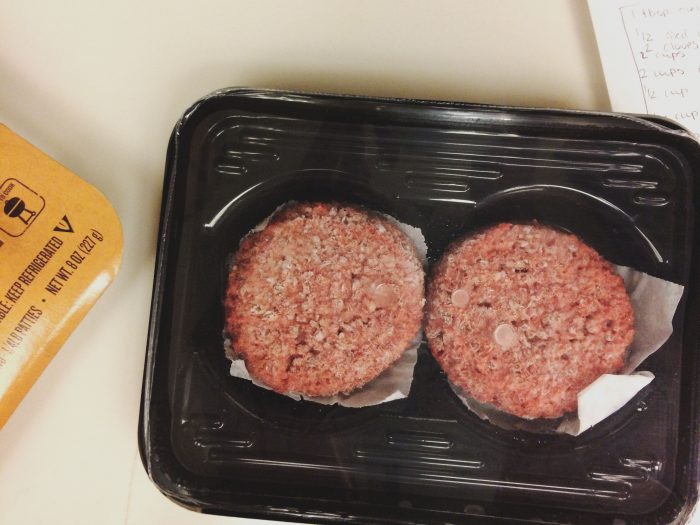 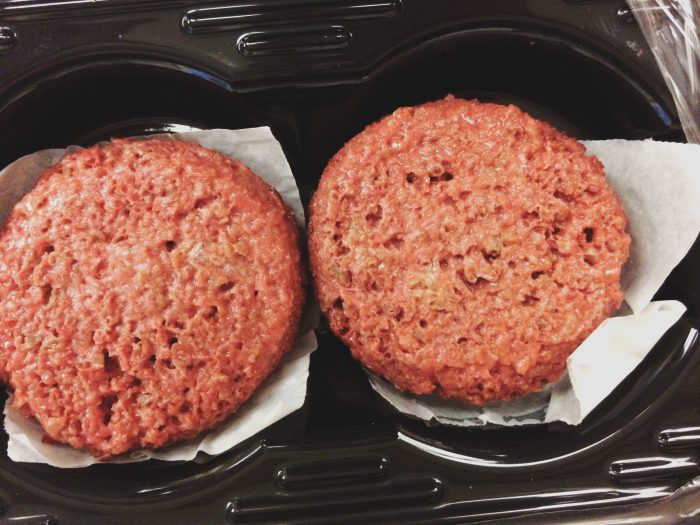 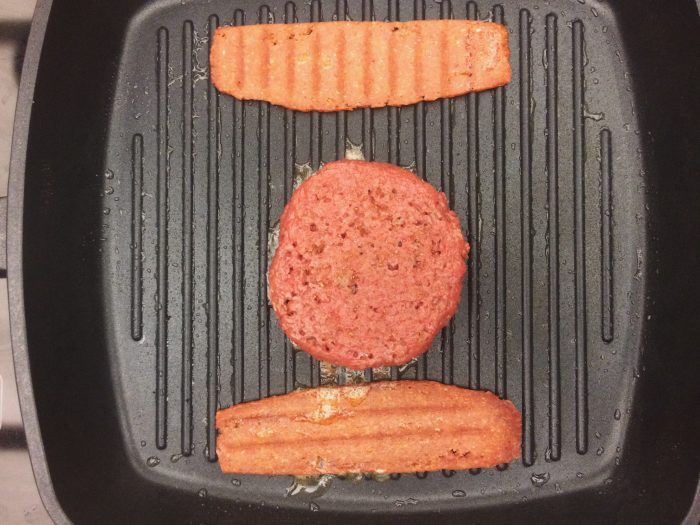 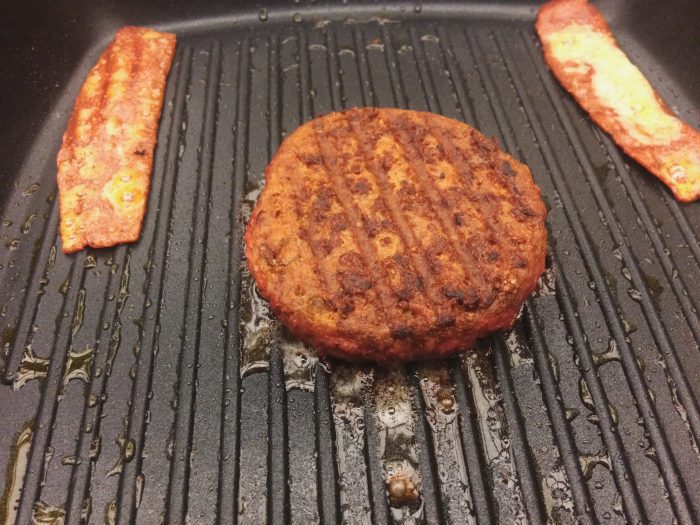 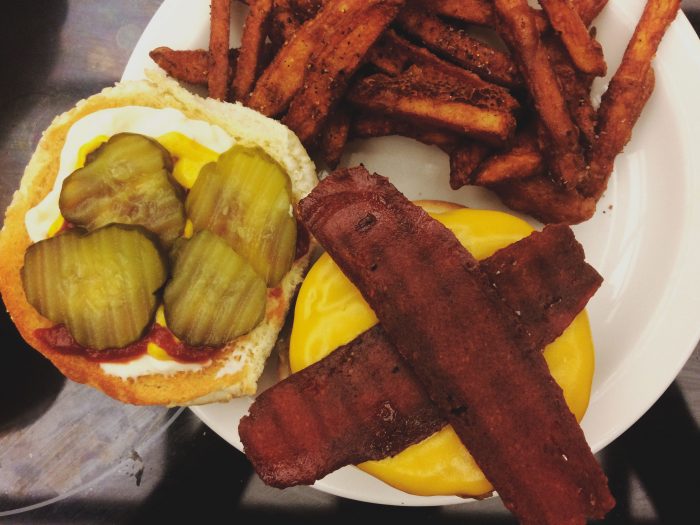 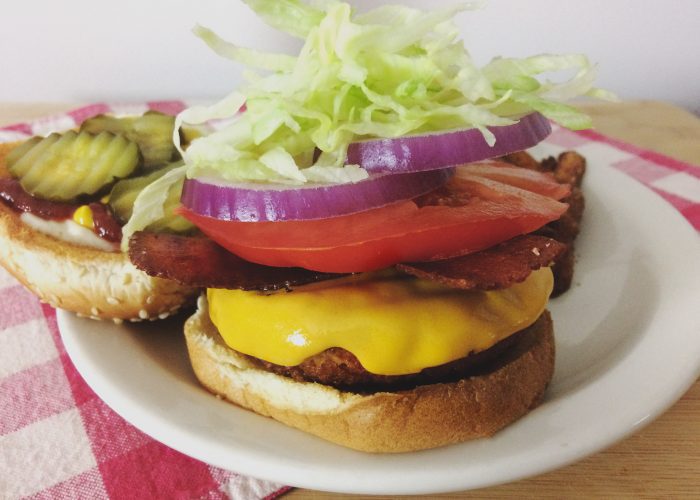 For the cheese, we used Daiya Cheddar Style Slices. I have to say, I think we like them better than Chao. I’d need to do a back-to-back to be certain, but they melt nicely and they have a rich, creamy flavor. I would definitely use them again for something like this. We also made really good grilled cheese sandwiches with the same bacon we put on the burgers, which is Smart Bacon by Lightlife – our favorite kind of veggie bacon that we’ve tried so far. 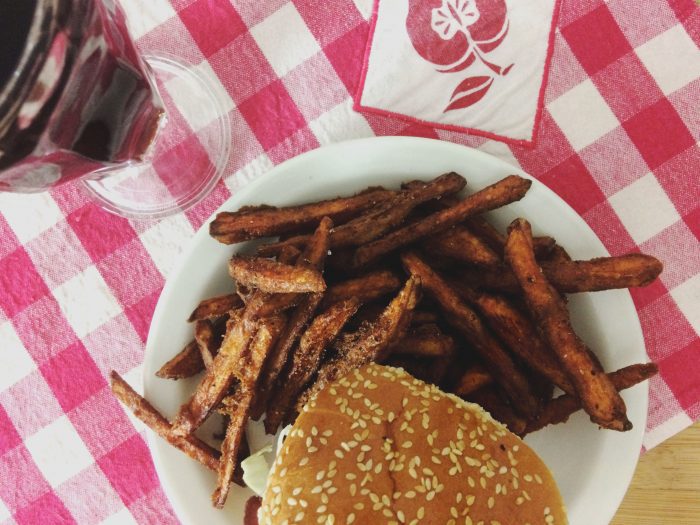 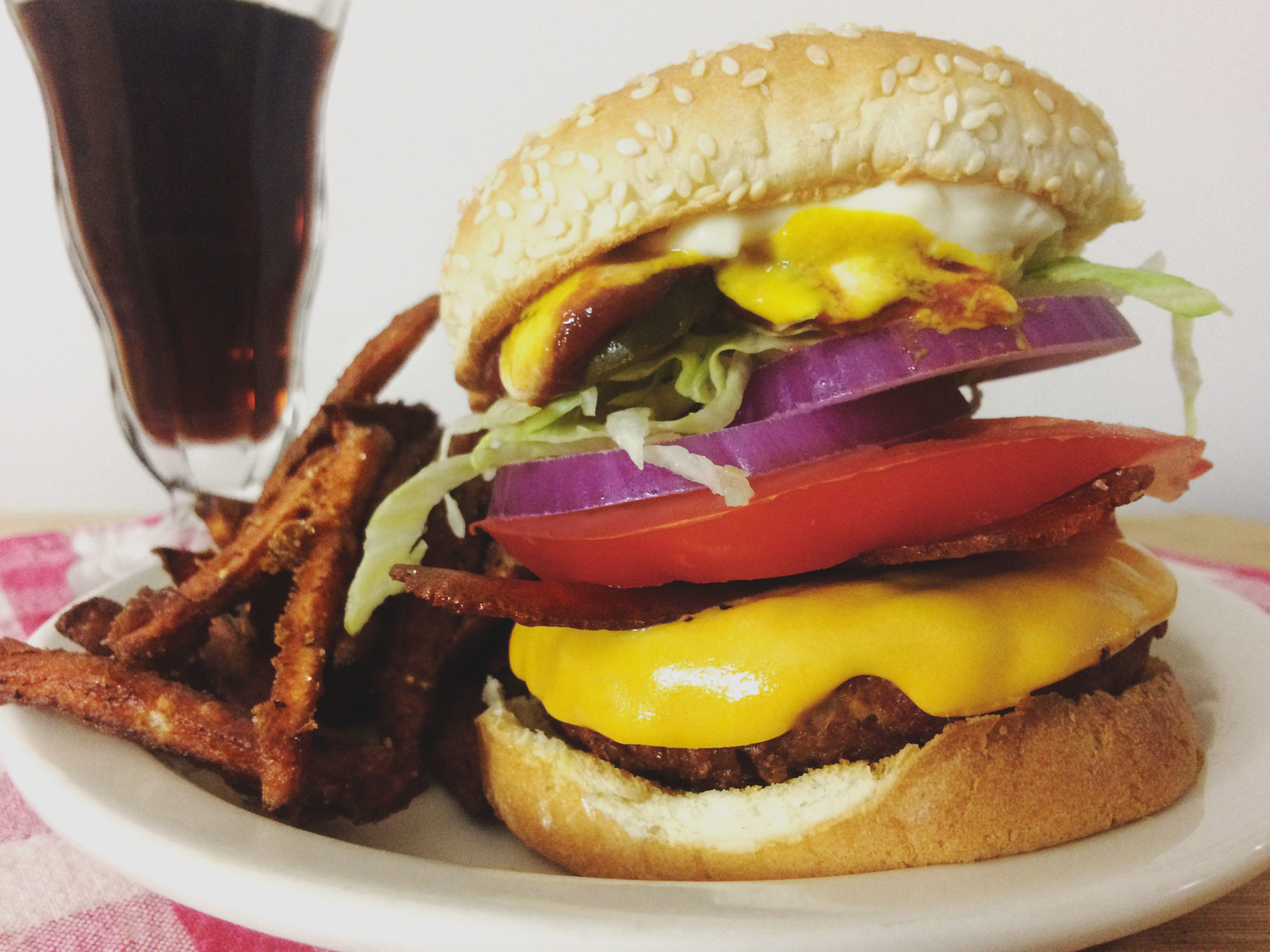 For the Burger
For the Fries

For the Burgers
For the Fries

I adapted the recipe for the fries from Healthy Junk Food.

The first time I tried to make the fries, I totally screwed them up. They were too cold after sitting in an ice bath for over an hour, and I put way too much batter on them. The trick is to simply wash the starch off them with cold water, dry them and salt them, and then only coat them with a thin layer of batter. I also realized that I needed to tweak the recipe a bit to get the proportions just right.

The recipe for the fries makes enough fries for about four people. It's up to you how many burgers you want to make.

Make sure you check the ingredients on the hamburger buns, because some contain dairy.