Today is National Burger Day, so of course we had to come up with a new vegan burger recipe to celebrate! As you may know, we’ve got a thing for veggie burgers, so you could probably say this is one of our favorite holidays. 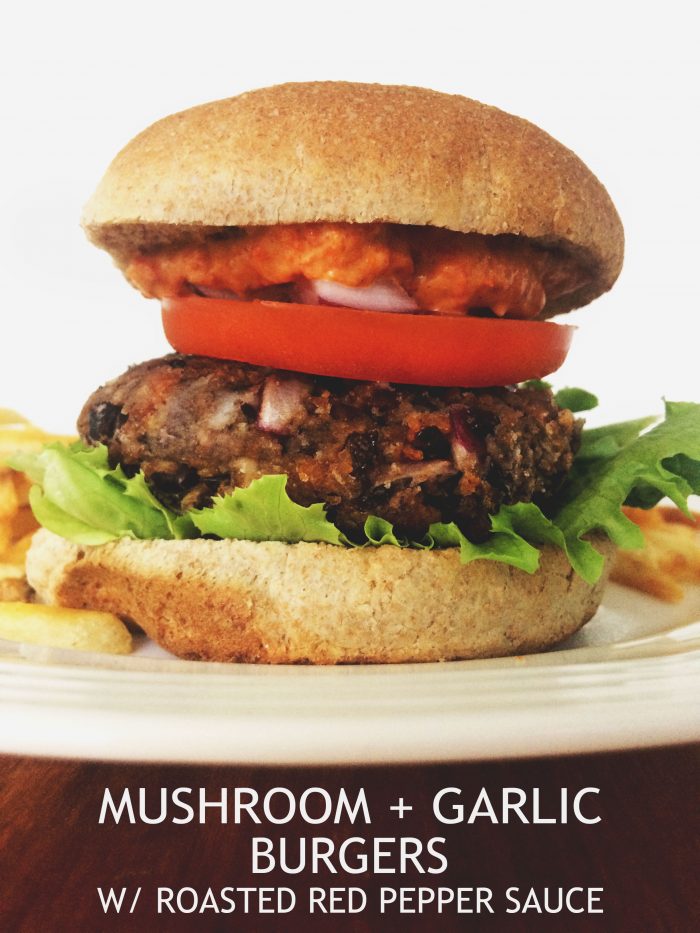 The other night, I was feeling kind of lazy and I didn’t want to make anything elaborate, so I tossed some mushrooms in the leftover bread crumbs I had from my crispy “chicken” sandwich, and I seared them in a pan with a couple cloves of garlic. It was so simple and effortless, but I was blown away by the flavor. I put a scoop on a hamburger bun with some condiments, and I immediate realized this would make an outstanding veggie burger. Knowing that National Burger Day was coming up soon, I quickly got to work developing a recipe… 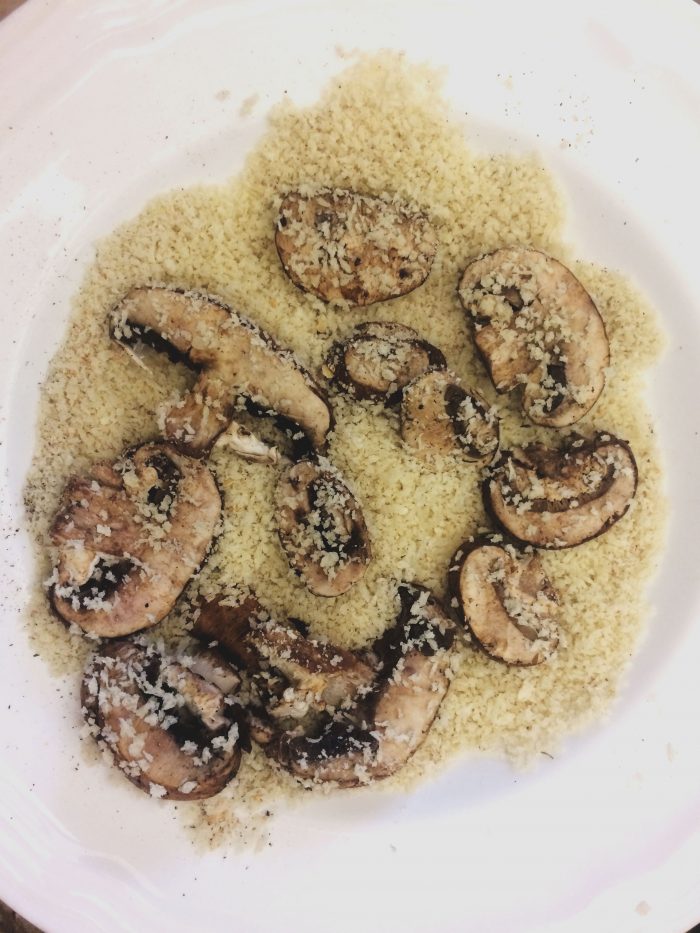 I usually put a lot of seasoning in my veggie burgers, but given the nature of this burger, I kept it pretty simple this time. I wanted to do something I haven’t done in the past: make a veggie burger with big chunks and hunks of flavorful ingredients that you can really chew on and sink your teeth into. The mushrooms and garlic are so bursting with flavor, it seemed superfluous to load up the patties with a bunch of spices, or even extra ingredients for that matter. 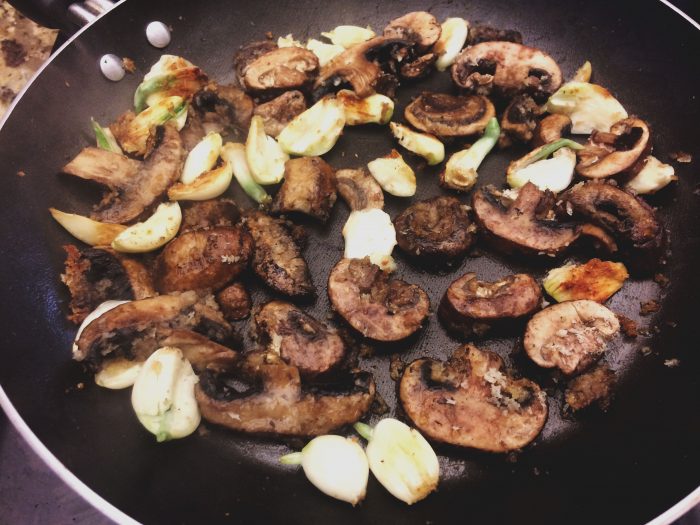 One of my favorite thing about this burger is how most the ingredients are cooked ahead of time. The mushrooms and garlic are little crispy and a little oily, and that comes through in every bite. If they weren’t seared before the patties were forms, only the bits on the outer edges of the patty would get that way. It’s also nice because you don’t have to worry so much about whether or not the burgers are cooked through all the way. One thing I hate is when I think I’ve cooked a veggie burger long enough, but then I bite into it and the middle is still a little raw and underdone – not really any different from a real hamburger that’s undercooked. Again, not so much a problem with these. 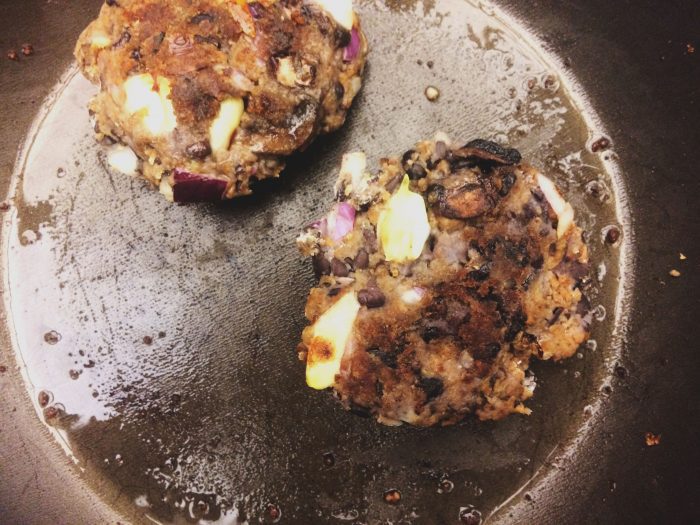 Most burgers are only as good as what you put on them, so I also wanted to come up with an intensely flavorful sauce that would compliment the patties perfectly. I recently bough a bag of mini red peppers, so I started thinking about what I could do with those, and eventually came up with the roasted red pepper sauce. It really packs a punch, but not in an alarming way, like incredibly hot hot sauce. It’s super smoky and tangy, but doesn’t give off any noticeable heat, despite the 2 tsp of Sriracha in it. 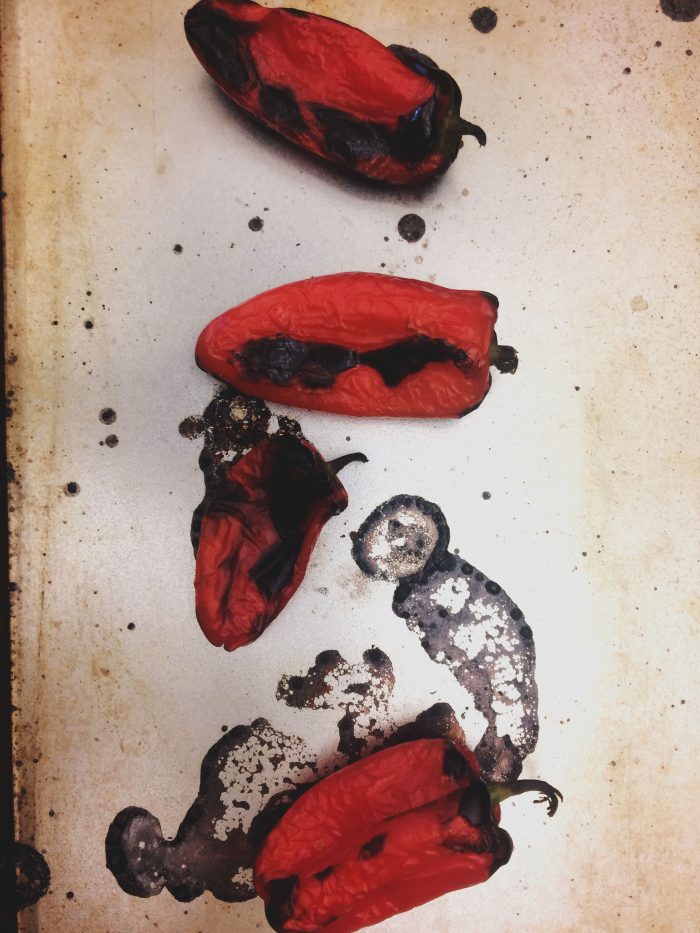 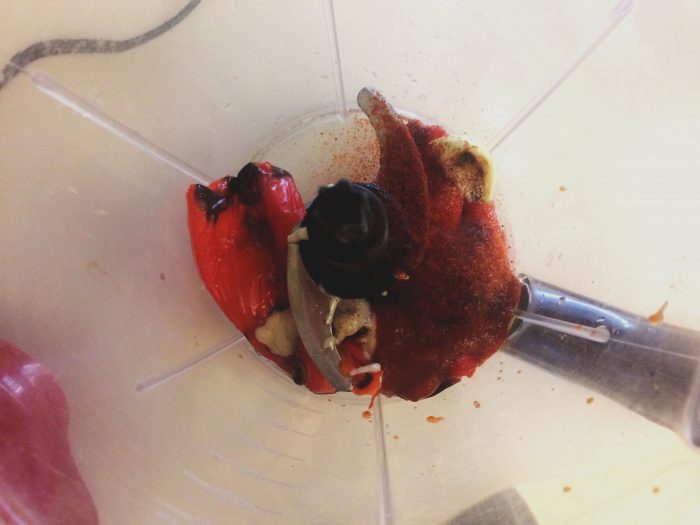 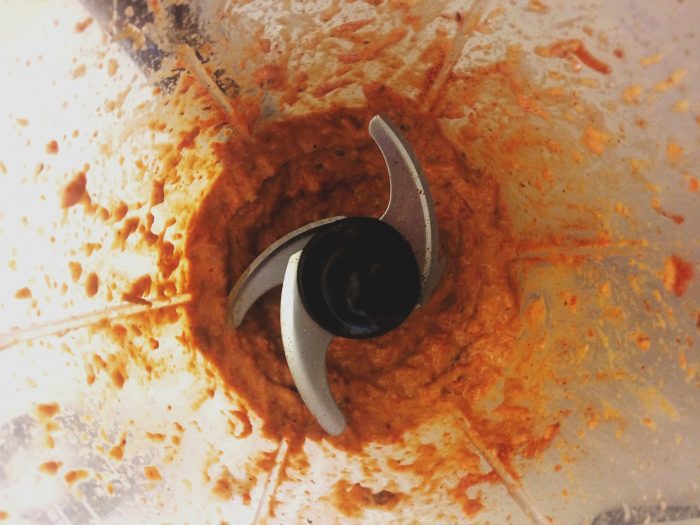 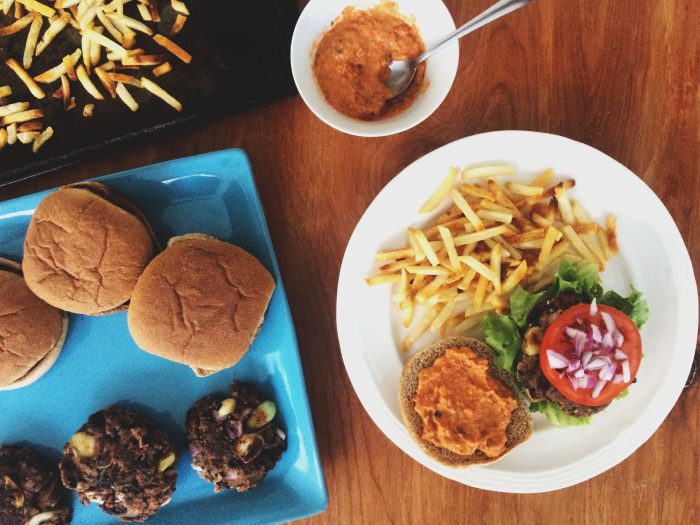 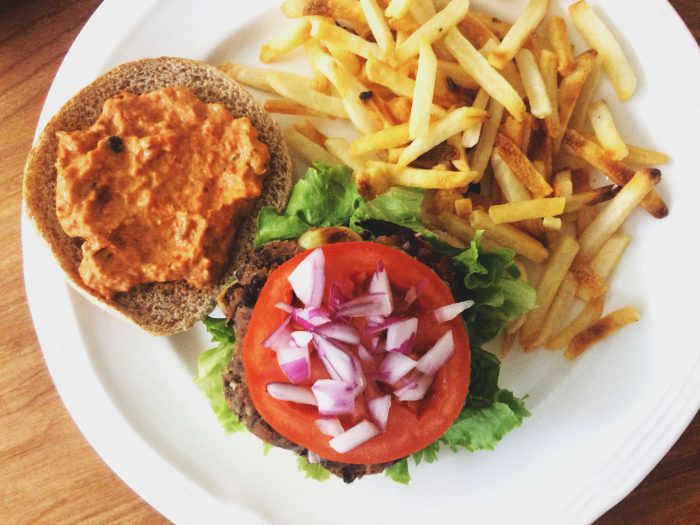 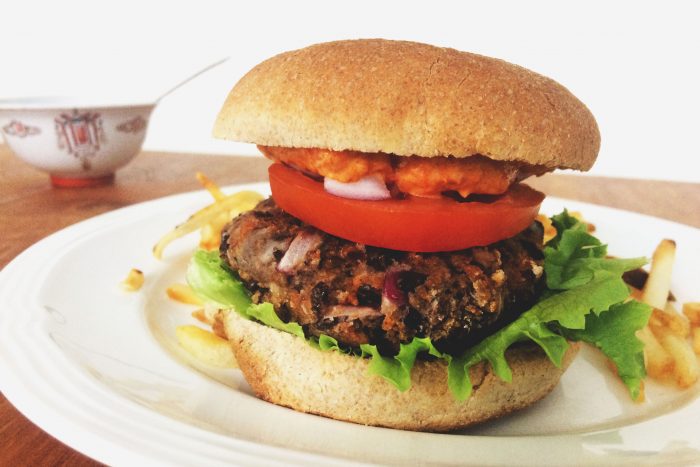 This veggie burger with roasted red pepper aioli is the epitome of mushroomy, garlicy, peppery deliciousness! Simple, healthy, and mouthwatering.

If your bread crumbs aren't sticking to the mushrooms, coat the mushrooms with a little liquid. You could use oil, soy sauce, or mustard, just to name a few.

If you want to grill these burgers, I suggest frying them first, which will help them bind, then finishing them on the grill.