A few weeks ago I received two bags of crackers from The Cracker King, a Portland based artisan cracker company, in order to do a review. At first I wanted to make a vegan sharp cheddar or some kind of spreadable cheese to go on the crackers, so I tried a couple of recipes from the NDE cookbook and they flopped. I saved the crackers and decided I would think of something else to do with them. Something a little easier and less time consuming. One day I was in my garden tending to my jalapeño plant when I realized they would be the perfect ingredient to make some sort of sweet, sticky, jam-like concoction, and after doing a little research I decided to give this recipe a try. 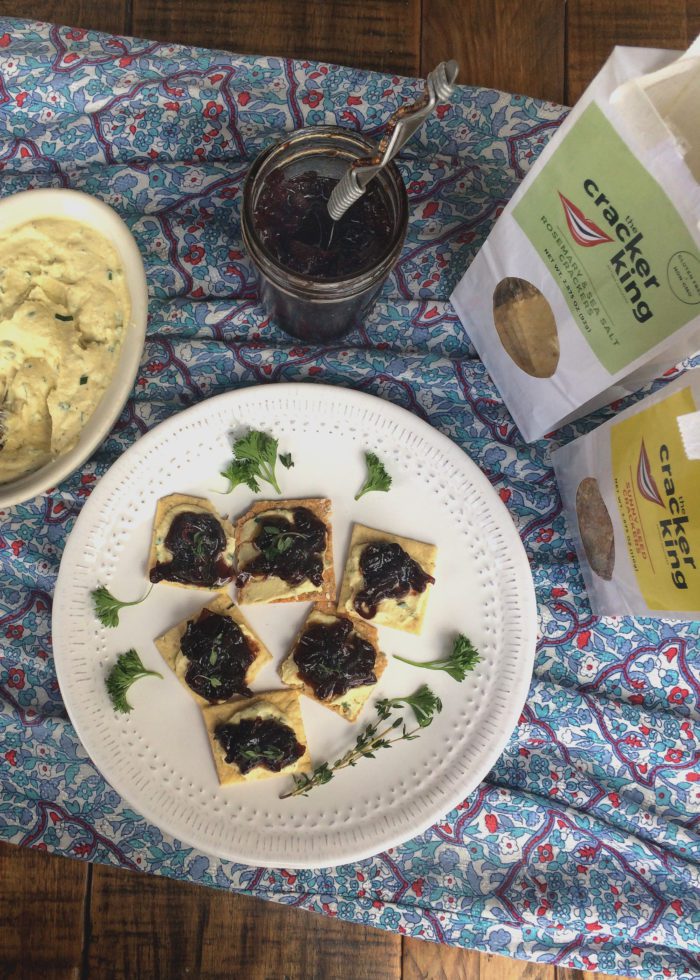 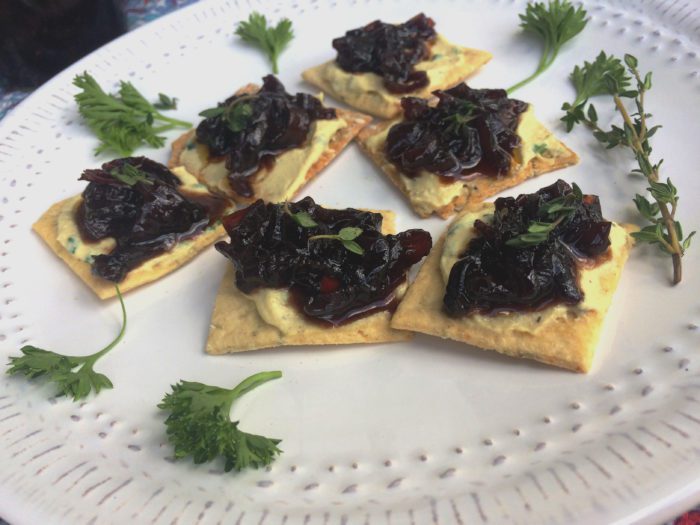 I guess this is technically not “jam” but for the purposes of this recipe I am going to call it that. This jam has the ideal combination of sweet and savory going on and at the same time the heat from the jalapeño gives it that extra little kick. The taste and texture definitely reminds me of caramelized onions but it has a more developed flavor profile with the addition of balsamic, red wine and thyme. This was my first time making it but it won’t be the last because my sister has already asked me to make another batch. 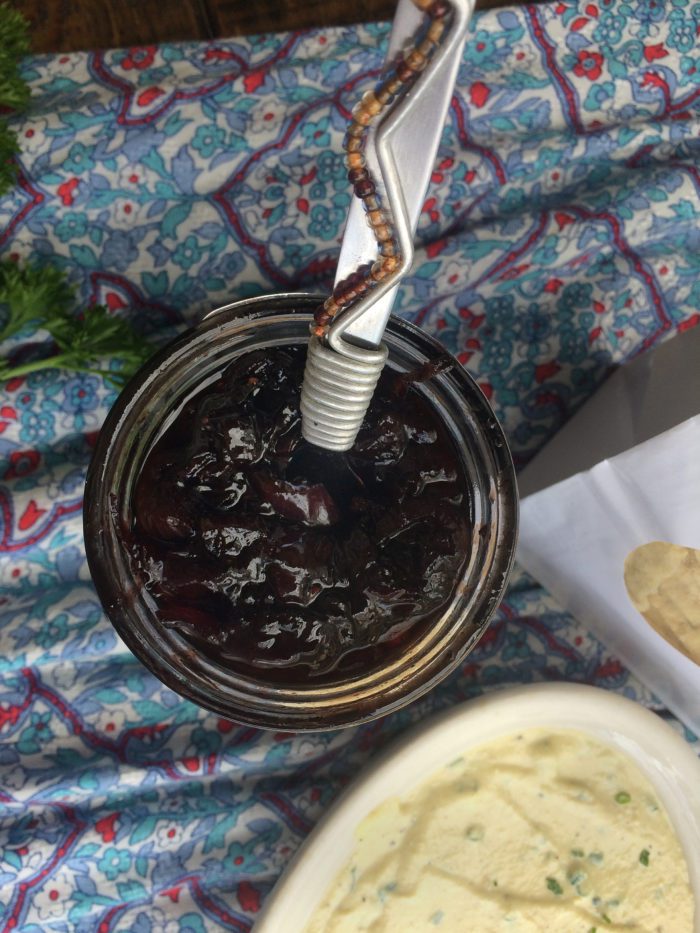 The crackers were great too. They were super buttery and lightly crunchy but I loved how the rosemary in them meshed with the toppings. I topped each cracker with a spread of a very basic tofu cream cheese I made and a good spoonful of the jam, and it was delicious! The crackers were Gluten Free Rosemary & Sea Salt and are for sale on their website here. They have Gluten Free Sunnyseed crackers for sale as well, but they do contain honey which makes them not vegan. FYI-the owner of the company did make us a special batch of vegan crackers, so if you decide to order them, be sure to specify that you want the vegan version of the rosemary crackers. 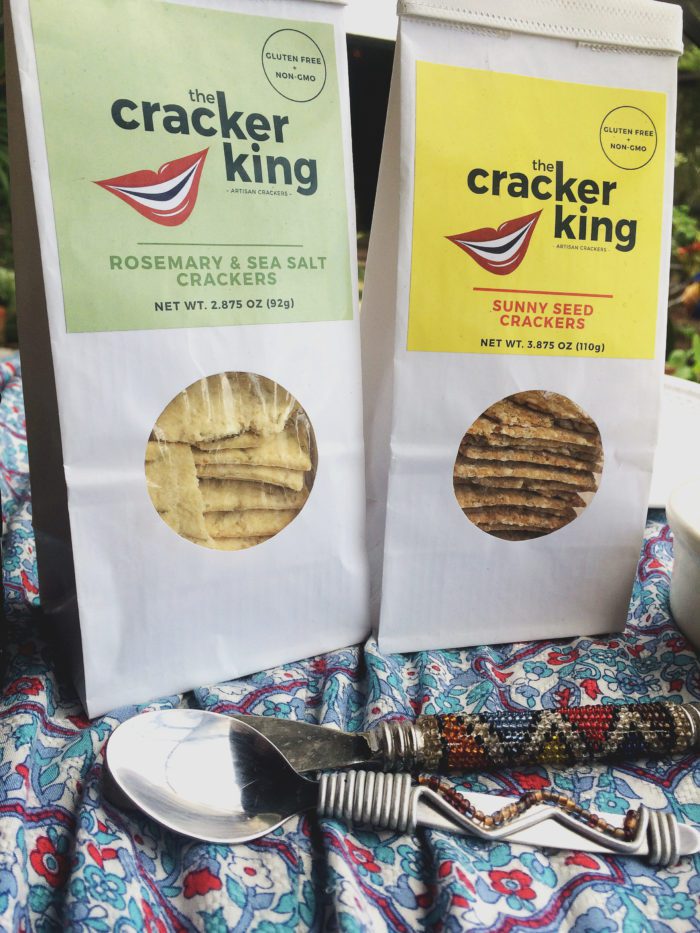 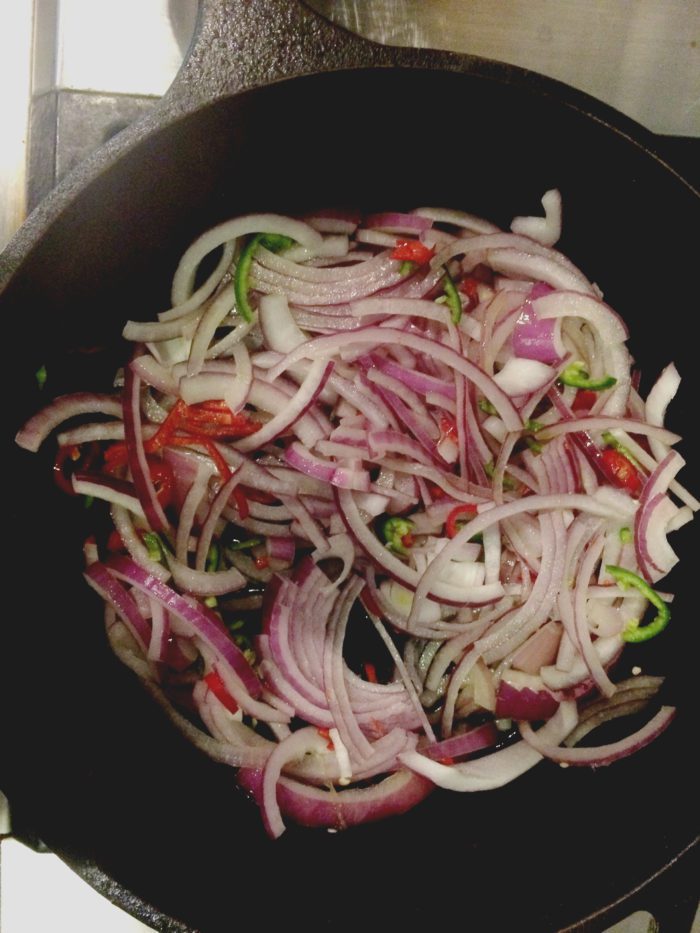 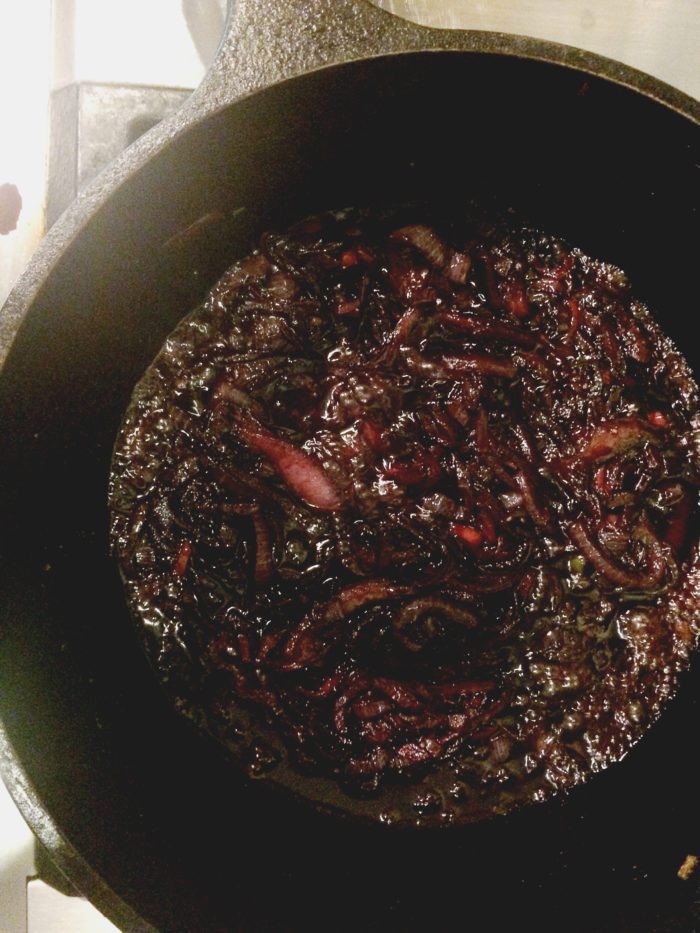 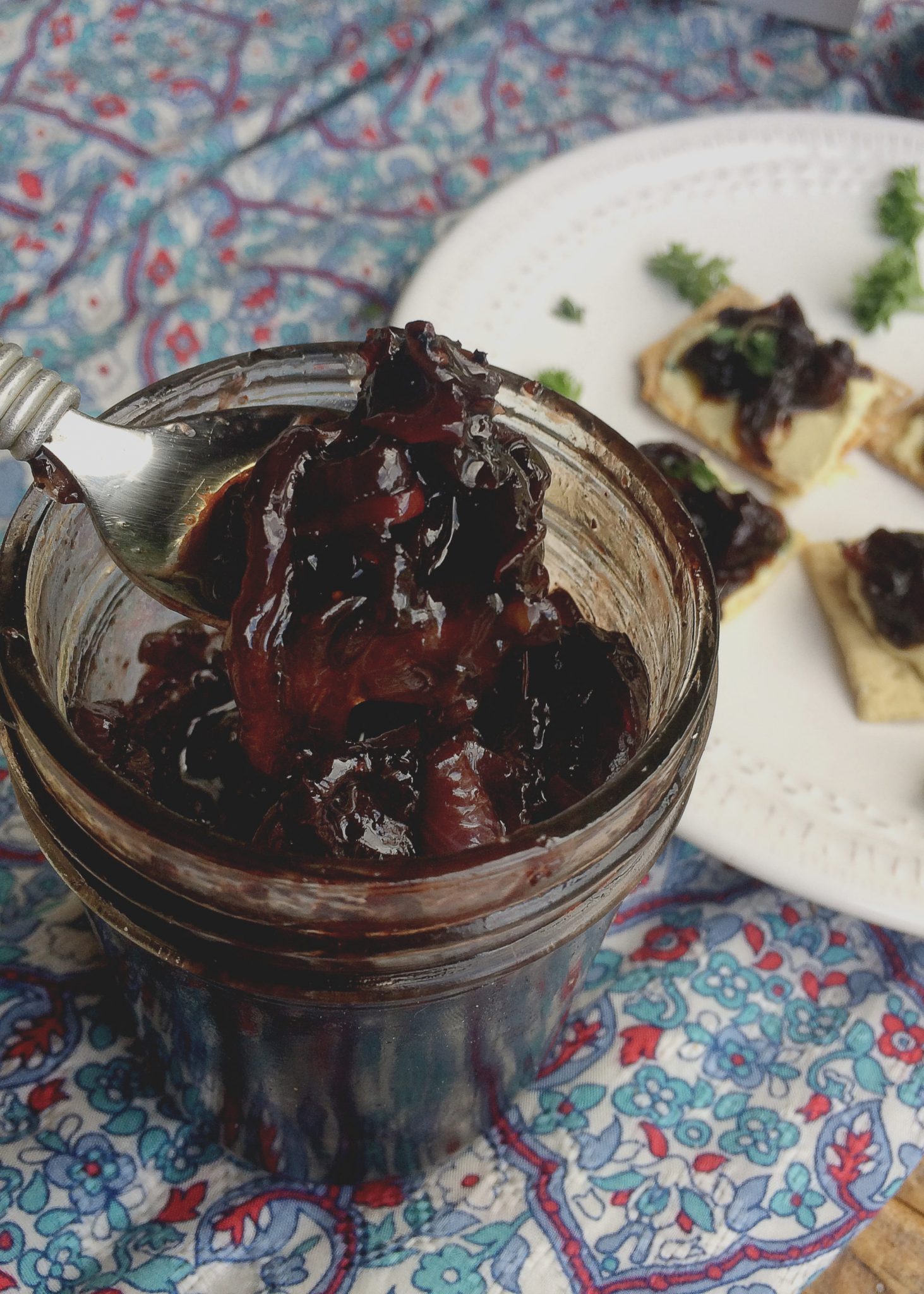 Be careful not to burn this sauce or it will be bitter. You might have to add a bit more wine if you see that it isn't caramelizing and the liquid has evaporated.

I adapted this recipe from the Serious Eats blog found here