Last week I bought a big bag of mini sweet peppers. I was mainly using them for veggie wraps and sandwiches, but that barely put a dent in the bag. I didn’t want them to go to waste, so I started thinking about ways I could use a lot of them in one fell swoop, and then it hit me like a ton of bricks: mini stuffed peppers!

I made haste to the fridge and pantry so I could start planning my filling. After a quick glance, I noticed I had everything on hand to make the same tofu-ricotta we used for our stuffed shells recipe. I’m not sure why that was the first thing that stood out to me, but it intuitively seemed like a good match, so that’s what I went with.

I was rather proud of the final outcome. The savory filling was the perfect contrast to the sweetness of the peppers. Later in the evening, I had a few left over in the fridge, so I smothered them in hot sauce, wrapped them up in a tortilla with tomatoes and onions, and popped it in the oven for about 5 minutes at a high temperature… that sh!t was pretty awesome. Enjoy! 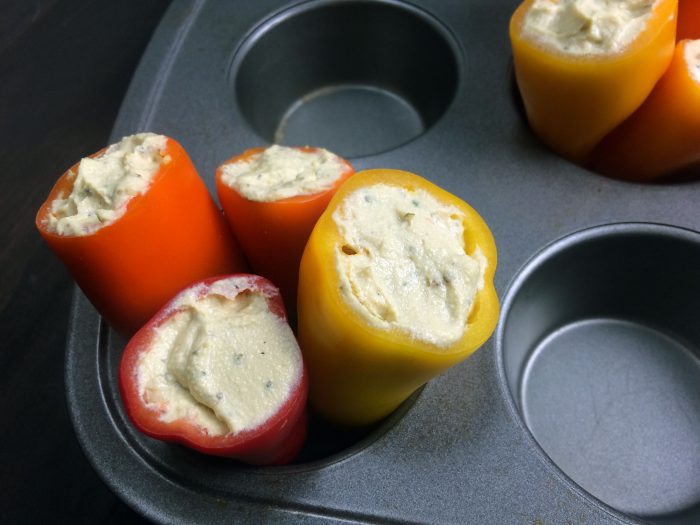 I figured a muffin tin would be the best way to get the peppers to stand up in the oven, and it worked out quite well. 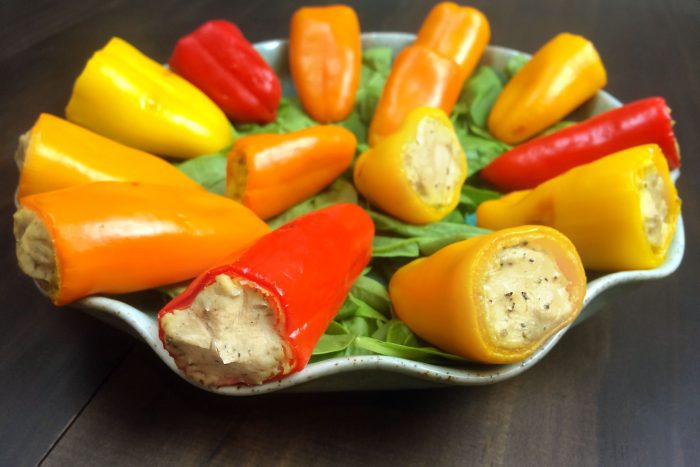 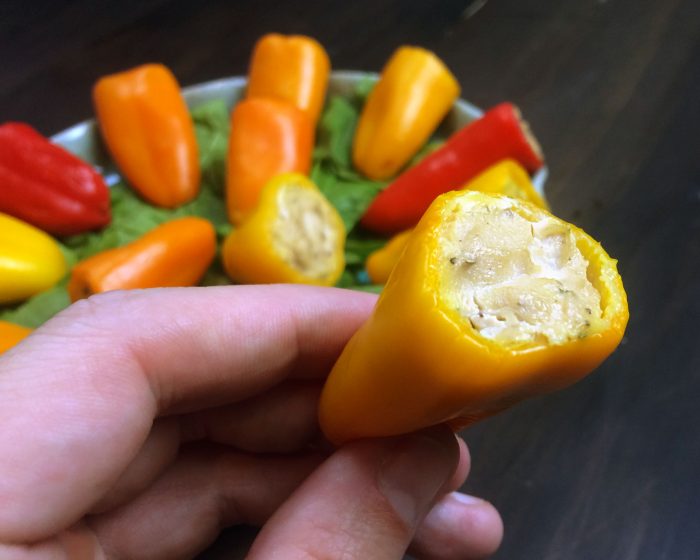 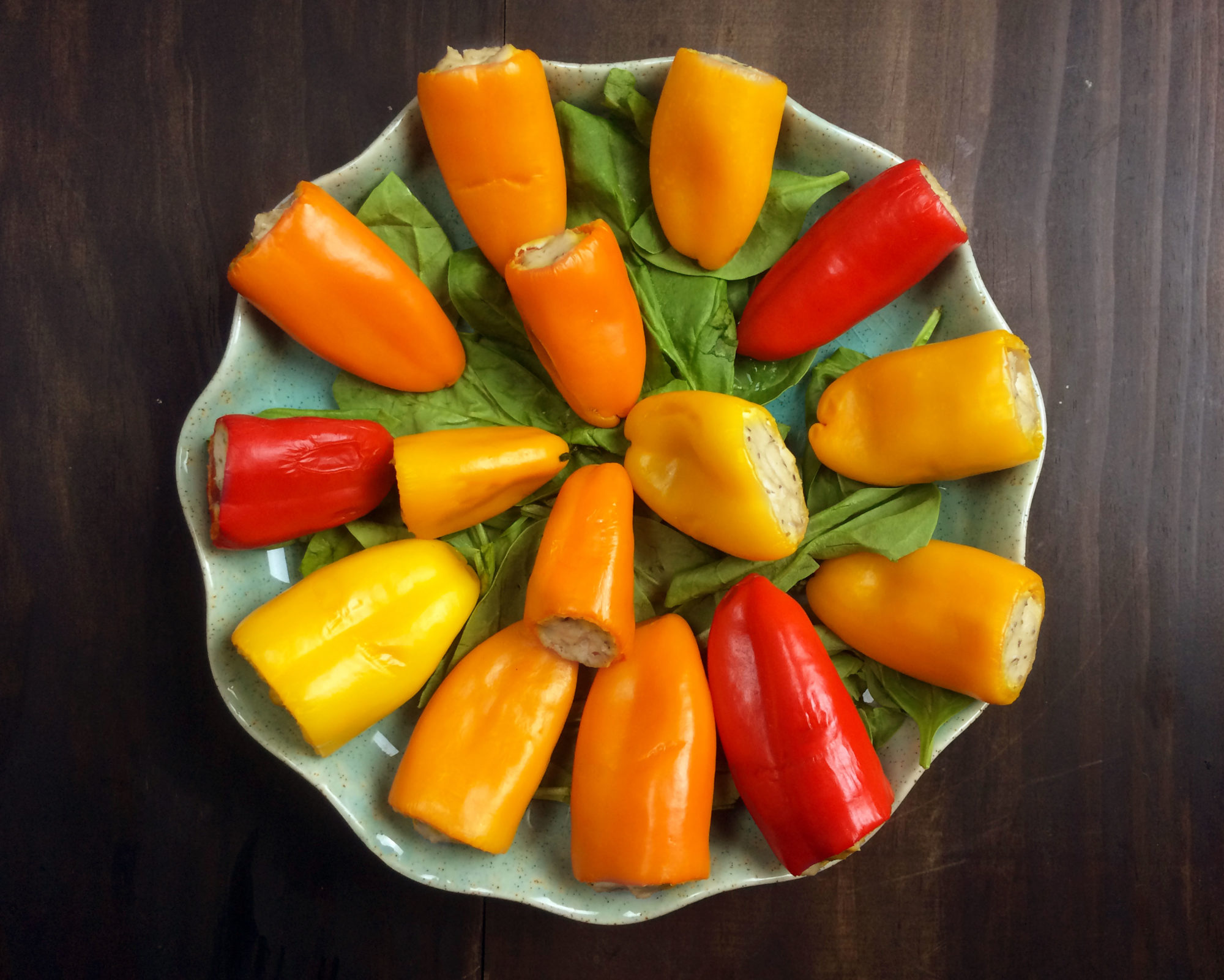 The salt, pepper, and seasoning measurements for the ricotta should be viewed as a guide but not concrete. I recommend seasoning to taste. I added a little extra salt and Italian seasoning to mine.

Stuffing the peppers was easier than I expected, but some of the skinny ones were tricky. I had to use my finger to push the filling down. In retrospect, I should have used a pastry bag.

I did not par-boil the peppers, because I did not want them to become soft and mushy. I wanted them to retain their firmness so they could be eaten as a finger food, and I think it worked out well that way. I think if I had par-boiled them, like traditional stuffed-peppers, they would have been floppy and sloppy.

You can serve this recipe raw if you want. I think they taste a little better cooked, but they also taste great raw, and technically there is no reason you have to cook the peppers or the filling.