Instead of having pumpkin pie for dessert on Thanksgiving this year, we had these mini vegan pecan pie tarts. Each one is like a little personal-pie, which makes these great for large gatherings. We’ll definitely be making these again over the holidays. 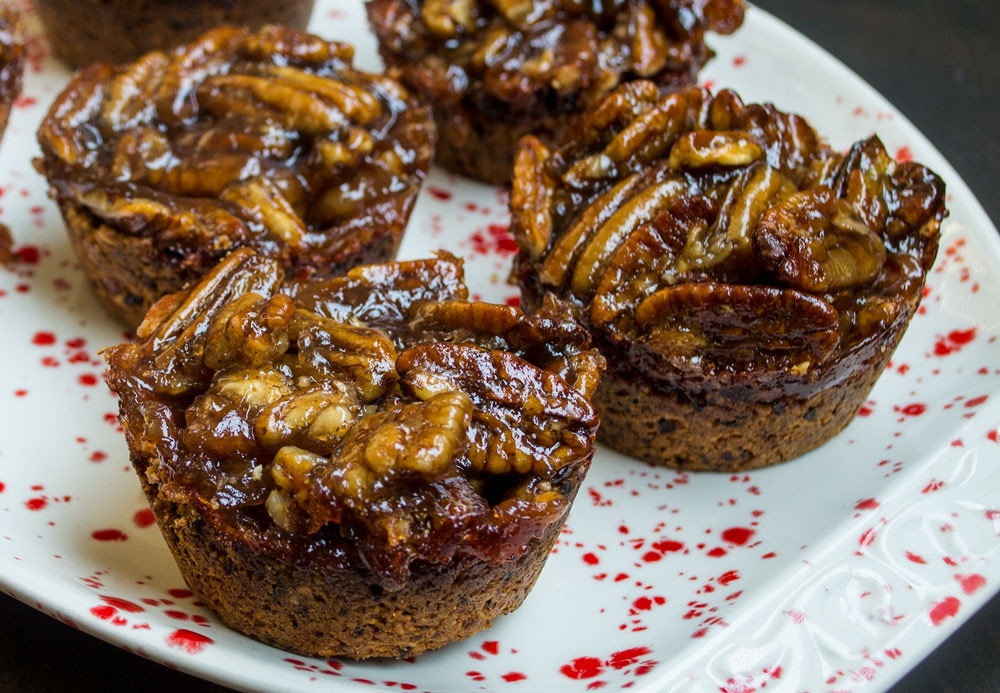