Looking for a Vegan Snickers?

When I was a kid, Snickers was one of my favorite candy bars, and I’m sure there’s nothing unusual about that. Snickers really has one of the best, if not the perfect, combination of flavors: peanuts, chocolate, nougat, and caramel. Alas, Snickers is made with milk chocolate, and I wouldn’t be surprised if some of the other ingredients also had dairy in them, which means they’re not vegan, and I have not had one in at least five years. 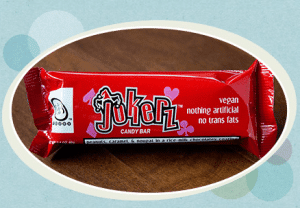