When we first heard about “the veggie burger that bleeds,” made by Impossible Foods, we had our doubts about whether or not we’d like it. It’s not that we lacked faith in the claims they were making, it’s that we questioned whether or not the Impossible Burger would be desirable to vegans like us who gave up meat a long, long time ago, and don’t miss it at all. Well, we recently had the opportunity to try one, so I’ll cut straight to the chase: it was just okay. 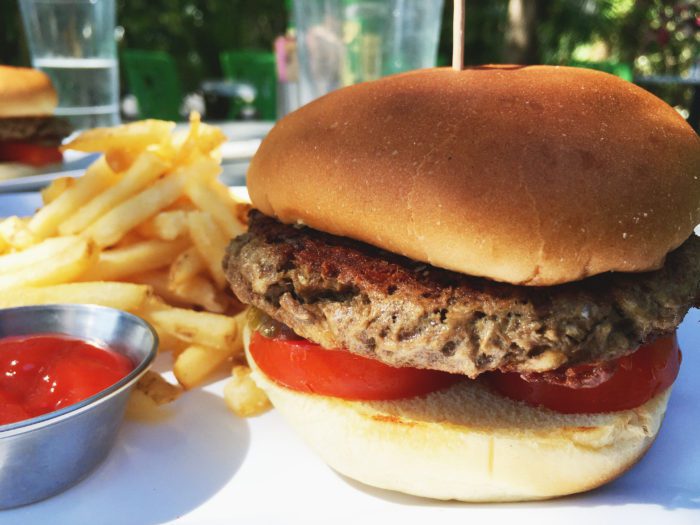 Although our Impossible Burgers were definitely not “bleeding” – they actually seemed well-done – they did have a semi-realistic look and feel to them. They were not, however, the hyperrealistic, indiscernible-from-meat burgers we were nervous they might be. As soon as the waitress began walking towards us with them, we could tell they were indeed veggie burgers. 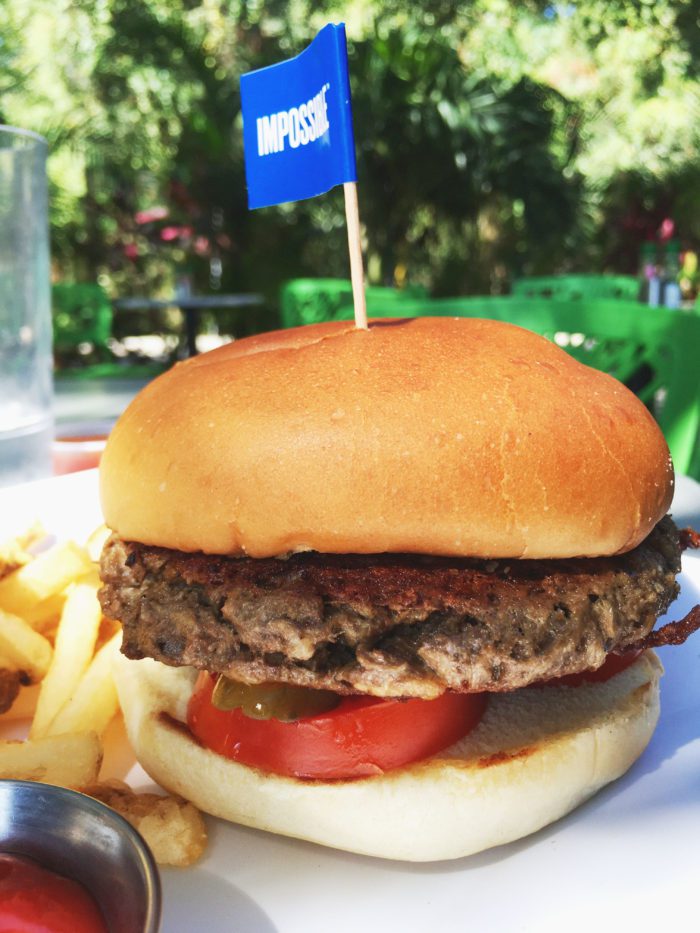 Taryn is quite certain the Impossible Burger does not taste like real beef, but I honestly couldn’t tell you. I haven’t had a real hamburger in over 15 years, so I don’t feel qualified to rate the realism of the flavor. It certainly reminded me of beef, but it wasn’t quite as fatty and greasy as I recall hamburgers being, which I assume is due to the cholesterol-free plant-fats. Overall, I summed the flavor up as “weird.” I know that’s a rather vague and lazy descriptor, but I’m not sure how else to describe it. 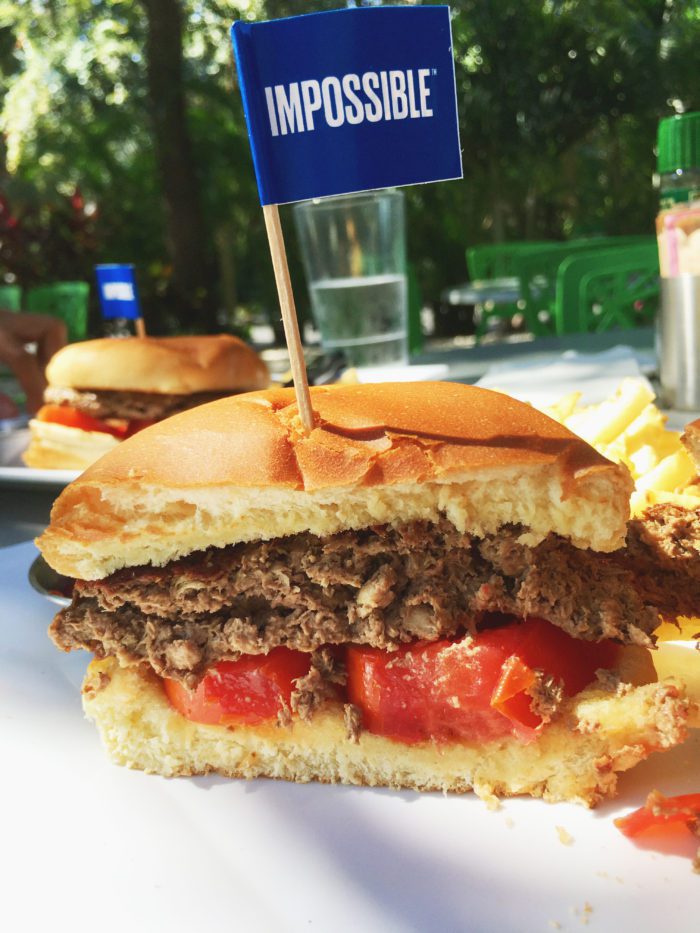 The sandwich as a whole was okay, but when I tasted the burger by itself, I didn’t like it very much. In fact, the more times I tried the burger without any condiments on it, the less I liked it. It left a strange, somewhat bitter tanginess in my mouth. I suppose all I can really say is the flavor of the Impossible Burger simply did not agree with my palate. Taryn suspects it might be due in part to the fact the burger seemed overcooked. Perhaps that messed up the flavor. Either way, she seemed to like it a bit more than I did, but said she much preferred The Beyond Burger.

Even though we didn’t become fans of the Impossible Burger, we still agree it’s probably a good alternative for meat eaters. I think we’ll just stick with our homemade seitan burgers.; or, if we’re craving something more fast-food-ish, we’ll pick up a box of Beyond Burgers and Daiya cheese slices, and make copycat Checkers cheeseburgers again.