Have You Tried Bean Chips Yet?

Bean chips have been around for a while – maybe a few years commercially – but it seems like they’re only now starting to catch on. Bean chips are an alternative to corn and potato chips, and, as you probably guessed, are made from beans. Since beans pack more fiber and protein than corn or potatoes, bean chips are also higher in fiber and protein, making them a healthier, or at least more nutritious snack.

I imagine someone living solely on potato chips would not fare as well as someone living solely on bean chips. However, I would not recommend that anyone do either. I should also tell you I do not recommend eating a whole bag in one sitting. I’ve done it. It’s not fun. Well… it’s fun until it’s over. Then it’s just guilt and shame, and a very dry mouth. 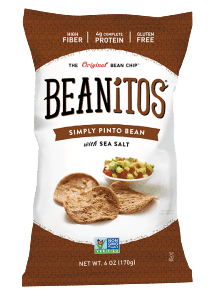 I’ve had a few of Beanitos’ chips, including the Original flavor and the Chipotle BBQ, and I can tell you with absolute certainty and confidence that they are great. Beanitos were the first bean chips I ever tried, or even saw for that matter. I wouldn’t compare them to potato chips, they’re more like tortilla chips but still their own unique thing. One of the things that attracted me to them, other than sheer curiosity, was the fact that Beanitos are reasonably nutritious for a chip.

For example, a serving of Beanitos yields 4g of protein and 4g of dietary fiber. They also provide calcium, iron, and potassium, although only in small amounts. Nonetheless, not bad for a salted snack found scrunched between potato chips and pretzels. Beanitos also makes “bean puffs,” which appear to be an alternative to cheese puffs. I have not tried them, though, so I don’t know if they’re any good or not.

Beanitos clearly labels which of their products are vegan. The cheese flavors are obviously the ones that contain animal products, but it’s still a good idea to check the label, as they have a wide assortment of flavors. All of Beanitos’ products are gluten free and non-GMO. 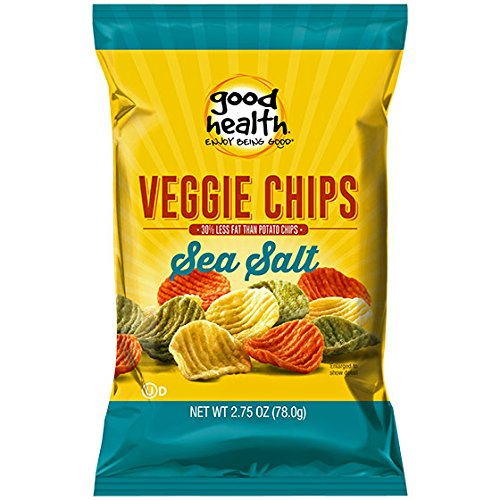 The Good Bean is another bean chip company. They have three flavors that are vegan, and surprisingly one of them is “BBQ Bacon.” The nutrition stats for The Good Bean’s chips would be virtually identical to Beanitos except they only average 2g of dietary fiber per serving instead of 4g. It may also be worth noting they have 10 less calories per serving. Below the ingredients on their nutrition label, it states that their chips are “made in a dedicated nut-free facility.”

I have not seen The Good Bean’s chips being sold in any stores near me, so I will have to order some online to try them. 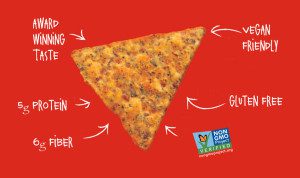 I have not had the chance to try Beanfields yet, but I plan on ordering some soon. One main difference between Beanfields and the other two is that all of Beanfields chips are vegan, as well as gluten free and non-GMO. They also have nutrition stats similar to Beanitos and The Good Bean, however, Beanfields leads in protein and fiber at 5g and 6g per serving respectively.