Last week, Taryn made me this spectacular vegan ice cream cake for my birthday. I was fortunate enough to get a few other goodies that day as well, but even if this was the only gift I received on my birthday, it would have been more than sufficient. I realize I have a bias here, but I’m not exaggerating when I tell you this cake was fantastic – we finished the whole thing that night! 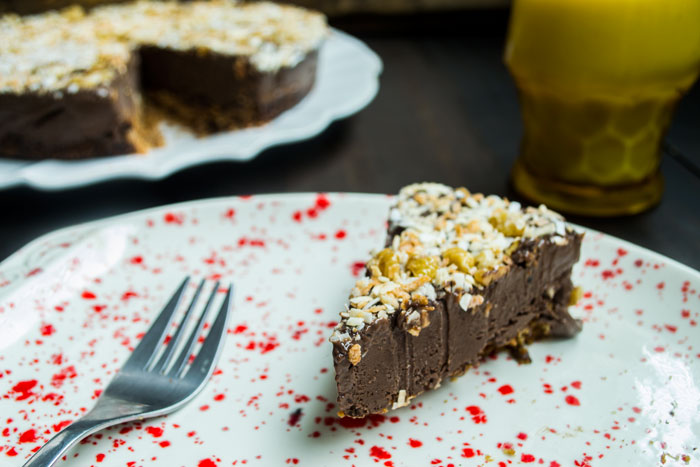 For the crust
For the filling
Toppings (optional)