Can Going Vegan Cause Blindness?

Have you ever heard that you can go blind if you become a vegan?

Back in 2000, three doctors submitted a provocative letter to the editor of the New England Journal of Medicine – NEJM – entitled, Blindness in a Strict Vegan. The NEJM published the article and then six months later published two other letters from doctors heavily criticizing it. The letter warned readers that a strict vegetarian or vegan diet could lead to blindness, but substantiated their claim with very weak evidence. Nevertheless, the letter was good for headlines, and likely perpetuated myths about vegetarians and vegans being malnourished.

Blindness in a Strict Vegan‘s main source of evidence was a study that examined a case of bilateral optic neuropathy – loss of vision – in a 33-year old man who claimed to have been a strict vegetarian since the age of 20. In addition to bilateral optic neuropathy, the patient was anemic. The researchers were able to reverse the man’s anemia by supplementing him with vitamin B12, but they were not able to restore his vision. Ultimately, his blindness was attributed to a B12 deficiency, and his B12 deficiency was attributed to his strict vegetarian diet – i.e., veganism equals blindness. 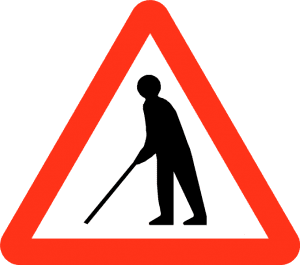 The problem with assuming the patient’s vegetarian diet lead to his B12 deficiency, which then lead to his bilateral optic neuropathy, is that the patient was also deficient in a slew of other vitamins and minerals. It’s not that his vegetarian diet was the cause of his B12 deficiency, it’s that his generally bad diet was the cause of his overall malnutrition, which is what caused of his vision loss. How do we know this? Well, because the other vitamins the man was lacking were vitamins vegetarians and vegans tend to get more of.

In addition to lacking B12, the man was also deficient in vitamins A, C, D, E, and B1, as well as folic acid, zinc, and selenium. What this really indicates is that the subject hardly ate any nutritious foods at all. It doesn’t matter if his diet was plant-based or animal-based, because he simply wasn’t eating well. If he had been eating even small amounts of fruits, vegetables, and whole grains, he would not have been lacking so many vitamins, and certainly wouldn’t be deficient in folic acid and the other minerals he was lacking.

A diet lacking that many nutrients would likely be one that consists mainly of potato chips and Dr. Pepper. If not that, this man was either starving or had an intestinal disorder.

If you’d like to learn more about plant-based foods and living a vegan lifestyle, check out more of Vegan Food Lover.