Can You Put Your Cat on a Vegan Diet?

The subject of whether or not cats can be fed a vegan diet is a controversial one, to say the least. Some people insist it can be done, while others insist it is absolutely insane. Once upon a time, it would have probably been impossible to convert a cat from being a carnivore to an herbivore, simply because their bodies are not designed like ours – they’re also rather stubborn creatures – but with the aid of modern vegan cat foods and dietary supplements, it appears it may now be possible for cats to go vegan, and many cat owners swear their beloved felines are thriving on a plant-based diet.

Cats Are True Carnivores by Nature 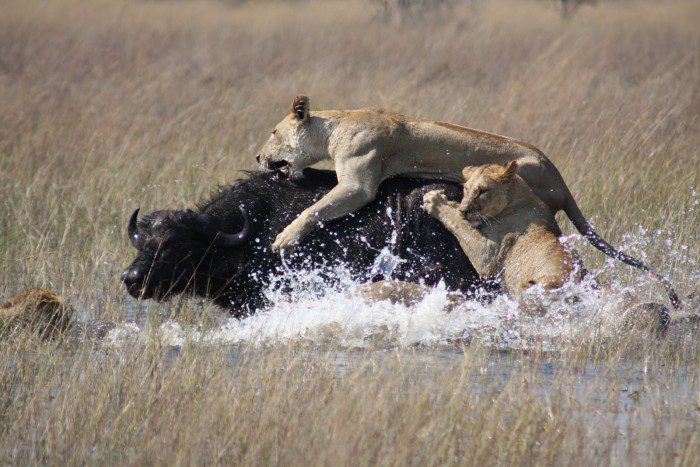 Cats are obligate carnivores by definition. Sometimes people also call these animals “true carnivores.” What this means is cats in the wild need to eat meat in order to survive. If a cat doesn’t eat any animal protein, it will eventually die from malnutrition.

Cats have very short digestive tracts compared to omnivores and herbivores. This is beneficial to cats in the sense that it allows them to get food in and out of their bodies very quickly so they can eat raw flesh without getting sick, but it also prevents cats from being able to properly digest plant matter, which needs to ferment in the gut for a much longer time. Simply put, cats are very good at digesting meat, but very bad at digesting just about everything else.

Even if you could get your cat to eat raw fruits, veggies, nuts, and so on, it would have such a hard time digesting these foods, it would quickly lose weight and become malnourished. That kind of raw plant-based diet would be about the furthest from what a wild cat would eat, which is why it’s traditionally been advised against by veterinarians and other animal experts. 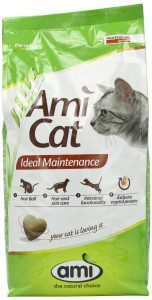 Cats in the wild rely on meat for certain nutrients, such as arginine and taurine; however, lab studies have confirmed domesticated cats can thrive on synthetic versions of these nutrients when they are added to plant-based foods.

Some pet food companies make dry and wet vegan cat food that you can buy online. You can probably find them in some specialty pet stores, too. These vegan cat foods are specially designed to be digested by cats and they are fortified with all the nutrients they need. They can also be supplemented with human-grade meat and fish if you don’t want your cat to make the full switch to a vegan diet. Two popular makers of vegan cat food are Ami and Evolution.

If you do decide to switch your cat to a vegan diet, you should monitor your cat very closely and take them to the vet frequently for checkups to ensure they are in good health and not experiencing any side effects from the change in diet.