I wanted to make another baked pasta dish that uses some other type of sauce instead of a basic red sauce, so I decided to make a butternut squash sauce for this baked penne. I wasn’t exactly sure what kind of sauce I was going to make at first, but then saw this beautiful, ripe butternut squash at the supermarket, and I immediately knew it was going to make the perfect base for my sauce. 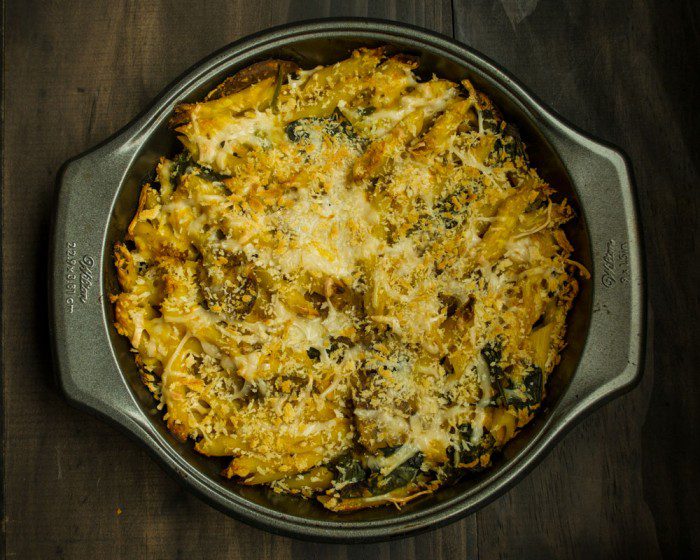 On a side note, while I was at the grocery store buying a few things that I wanted to use in this baked penne recipe, I noticed something I thought was a little odd… In the same fridge, right next to the vegan sausage and other imitation meats, are packages of real sausage and bacon – the kind that are “organic,” “hormone free,” and “free range.” I’m not offended at all, but I can totally imagine someone accidentally going home with a package of real sausages because they look so similar to the vegan ones they’re right next to. The sausage we used for this recipe was so convincing, for a second I thought I might have accidentally grabbed the wrong package. 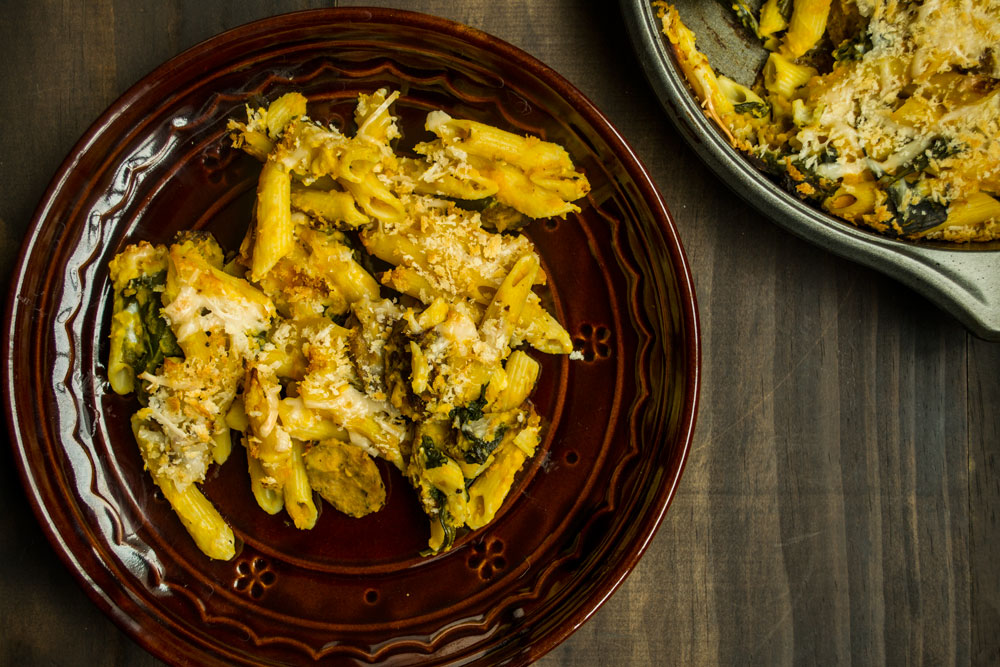 This recipe can easily be halved if you want to make a smaller amount as it yields quite a large casserole.