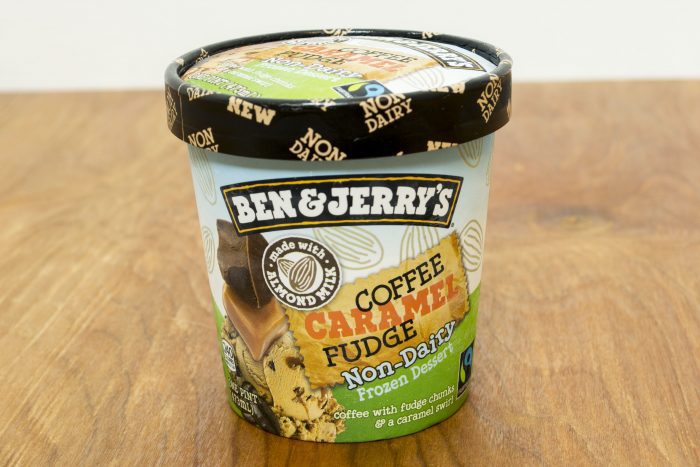 When Ben & Jerry’s endorsed Bernie Sanders by making a Bernie-themed ice cream called, “Bernie’s Yearning,” we thought the only way they could get any cooler was if they made a vegan ice cream. Well, wouldn’t you know it, that’s exactly what they did! Their vegan flavors have been hitting the supermarkets for a few months now, but the availability seems to still be a bit limited in certain areas. We just noticed that our local grocery store started carrying them, so of course we had to grab a pint so we could give it a try. 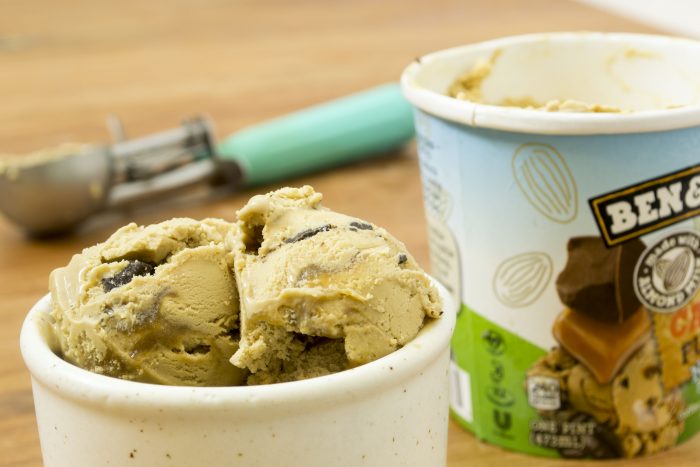 Our supermarket had 4 vegan flavors to choose from, which was a bit surprising to us since we kind of live in the middle of nowhere. We didn’t want to commit to all 4 flavors before at least trying one, so after much deliberation we decided on Caramel Coffee Fudge, and I can’t say we have any regrets. 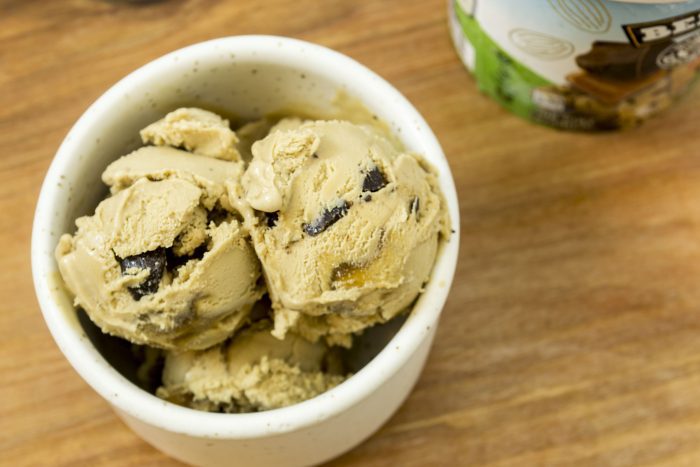 We’ve had some pretty great vegan ice creams in the past, but most of the exceptional brands are rare and expensive. For a long time, we’ve been fans of So Delicious, which is pretty common, but it’s a bit on the pricy side. We’ve also noticed that all their flavors have either a distinct coconut or soy flavor, which can sometimes be a good thing, but other times not. Enter Ben & Jerry’s… 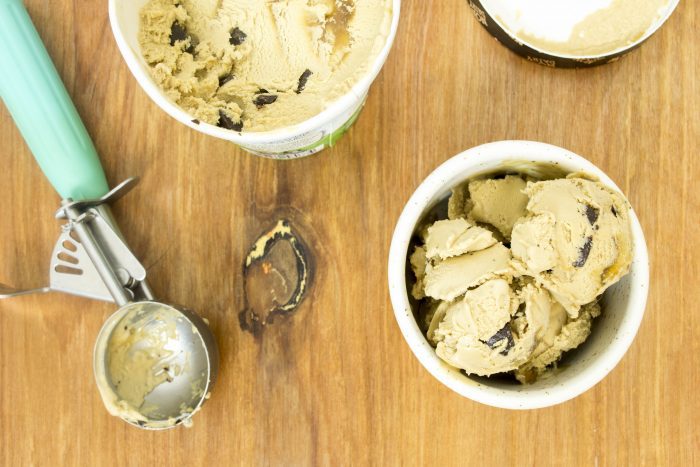 It appears we now have a common vegan ice cream that is delicious, reasonably priced, and doesn’t taste like its base, which is almond milk. We will absolutely buy this ice cream again, but next time we’ll probably try a different flavor. Don’t get me wrong, the Coffee Caramel Fudge is excellent… we just want to find out what the other flavors taste like. Next time, I think we’ll just buy all the flavors we haven’t tried yet, because now I’m certain they will all be good.

The only bad thing I will say about the Coffee Caramel Fudge is that it’s not the kind of flavor I could eat every day. Even though I really love coffee, the coffee flavor is so pronounced, eventually I would simply want the taste of a basic vanilla or chocolate ice cream. That being said, I still wouldn’t change a single thing about it. If you’re in the mood for coffee ice cream, this is what you want.

If you’ve not tried any of Ben & Jerry’s vegan flavors, we highly recommend you do – even if you’re not a vegan. Based on what we’ve tried so far, they taste just as good as the non-vegan flavors that Ben & Jerry’s is famous for. Which reminds me, I’ve heard they now have a vegan Cherry Garcia.